The Transformers movies are something of a bizarre phenomenon. Never quite ever being critical darlings (far from it), they seem to keep making serious money at the box office. To this end, it was only going to be a matter of time before one of the robots in disguise got their own spin-off, and in this adventure, it’s Bumblebee’s turn in the spotlight - meaning that anyone desperate for there to be more lore added to this line of movies certainly had a nice Christmas present delivered to them.

Bumblebee follows the eponymous autobot as he is dispatched to Earth to protect it against the threat of the Decepticons – only, he finds himself with his memory wiped and his voice capability cut off. Forced to hide in a world he doesn’t understand, it is only when teenager Charlie (Steinfeld) picks up an old VW Beetle, which happens to be the robot in disguise – leading to the beginnings of a very strange friendship indeed. While this is happening, of course, Decepticons are on Bumblebee’s trail – and they’re coming to Earth, potentially to destroy it. 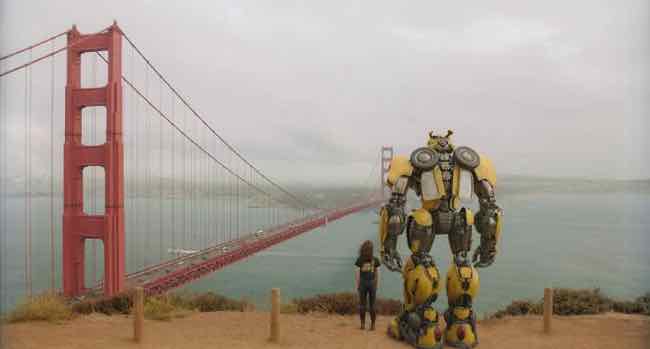 Bumblebee is a perfectly serviceable family movie with plenty going on, and unlike other Transformers movies which have come before it, this script has a little tighter focus in that it only ever focuses on one robot. It’s perfectly charming and funny when it wants to be, and as such, it’s a genuine revelation – this is a Transformers movie which doesn’t need to rely upon explosions and baffling plot twists. As such, it delivers a genuinely intriguing story with character moments that are easy to latch onto.

However, it’s this safety, if you like, which also works to the movie’s detriment. Unfortunately, while it’s a film that does plenty to build great characters and heart-warming scenes, it does rather feel like something we’ve seen a million times before. Steven Spielberg is involved here behind the scenes, and while he wasn’t director on board here, there are touches of his craft at work. The movie is, ultimately, a lot like ET in its composition – a fish-out-of-water alien trying to find his way in a world he can’t understand – and to that end, you do rather know where things are going.

The world created here is nice, albeit overly dependent upon 80s nostalgia, and you do genuinely get behind most of the characters – even John Cena’s bullish mercenary, at times – meaning that it shouldn’t be too hard for most people to get behind the story. As such, it’s a nice little diversion. However, it doesn’t really do much different when it comes to family movies we’ve seen before. Transformers fans will likely get plenty from it, as will those looking for a simple movie to take the kids to without much need for thought or investment.

There’s a school of thought which may argue that family movies don’t need to have much in the way of depth, and that charm can lead the way – but I do definitely beg to differ. As a base movie, Bumblebee is an enjoyable watch, with a very capable cast and with plenty of wit and knowing humour that helps to propel it along. As a Transformers movie, if we are to continue comparing it as such, it is fairly original – in that we’ve not quite seen this side to the franchise before – but on the other hand, as a family movie and as a film in general, it is extremely by the numbers.

The crying shame with Bumblebee is that you can almost pinpoint the moment where you can predict how the remainder of the film will tail out – and while some will argue that you could map out its plot earlier on that I’m suggesting here, there are genuine moments of intrigue scattered early on in proceedings. Some movies in this category struggle to get hold of a concept and run with it – Bumblebee does that, but at the same time, it fails to do anything original with it. To that extent, I must re-iterate that it’s a very ‘safe’ movie. Therefore, it’s likely going to appeal to plenty of people.

This is a movie which has wowed people by its positive score on Rotten Tomatoes – over 90% at the time of writing – but this may largely be as a result of mediocrity. Bumblebee is a movie which is jolly, adventurous and full of character, but never really dares to try anything new. If you’re looking for a fun, balanced movie with robots, cars and plenty of sparks flying, you’ll likely find yourself chuckling away here. If not, you may find yourself a little underwhelmed. Possibly one of the most straight-up ‘neutral’ movies of the year.