DON’T WORRY – NO SPOILERS FOR ENDGAME LIE AHEAD!

After granting Infinity War 5 stars out of 5 last year, it was always really going to be the case that I’d offer the same score to its follow-up, Endgame. That is, of course, unless it failed to live up to the incredible cliffhangers set up in 2018. As previously discussed, Infinity War did a lot of things that comic book movies simply didn’t do before. The bad guy won – and this movie focuses on what actually happens in the aftermath of such an unlikely event. The answer? Things are bleak, seemingly hopeless, and fairly dark for a movie with a family audience.

Endgame picks up right where Infinity War left off, with the remaining Avengers and anyone else who didn’t get ‘snapped’ by intergalactic megalomaniac Thanos into non-existence. Having put on the Inifinity Gauntlet and having snapped his fingers, the Mad Titan was finally able to erase 50% of all living creatures on Earth. That, of course, led to many of our favourite Marvel characters and heroes being wiped off the face of the planet. Infinity War was a movie that still, in my opinion, possesses one of the bravest, most soul-destroying endings it could ever have reached for. 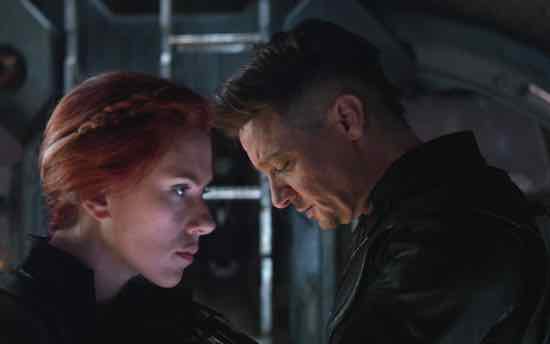 Endgame, of course, looks set to rectify the seemingly impossible problem of bringing everyone back. I really don’t want to go into any detail on how things unfold here for a number of reasons. Number one is the fact that, at the time of writing, there is still intensive protection over Endgame spoilers. As with Infinity War, I do expect this to last for around a month or so before we can openly talk about what happens.

Therefore, I’m probably going to be annoyingly vague throughout this review. My biggest piece of advice to Marvel fans going in is that they should go in completely blind. Endgame is a wonderful love letter to the entirety of the Marvel Cinematic Universe, a movie that ties together over 20 different films into one of the most eye-watering finales you could hope for. There are scores of brilliant surprises and cameos you simply won’t be ready for. I can confirm you won’t get anything quite as out there as Deadpool or Wolverine showing up – for contractual purposes, of course.

My second piece of advice would be to not spoil the movie for anyone else once it’s aired. In this day and age, it’s never been harder to avoid spoilers for just about everything. Just as people spoiled Harry Potter and the Half-Blood Prince upon its release back in the day, there is of course another rising trolling trend in giving away Endgame’s ending. Trust me – the little anyone knows about this movie going in, the better.

So, let’s focus on the tangible bits. The cinematography is wonderful. There are some scenes in here which are genuinely difficult to behold – they are vast, they are intense, and they knock Infinity War’s most intensive moments out of the water. The script, while predictable in places (though I won’t say how), plays genuine homage to characters we’ve come to know and love over the past decade. In terms of the writing, the fanservice and the overall package, this is a big, bold, over-the-top ending which will wring every emotion out of genuine Marvel fans before the climax.

There’s not much more to say about the cast. These main actors – Downey Jr, Evans, Johansson, Hemsworth and more – have been playing these characters for so long now, it seems like second nature. There is an incredible number of household names attached to Endgame, too. Just watch the closing credits and take in how many big stars have gotten involved for this. This was a very big deal indeed.

Despite the fact that the movie is around three hours long – make sure you plan bathroom breaks before and after – the pacing is deft enough for it to feel much, much shorter. I’m no die-hard Marvel fan (despite the high marks I give these movies, I hear you), but there is just so much crammed in. Endgame is Easter egg after Easter egg after Easter egg, but in a good way. It’s often somber when it looks back at the MCU, at points. At other points, it goes right over the extreme line and fulfils everything you want from an Avengers conclusion.

Avengers: Endgame is a fantastic finale to modern cinema’s most celebrated franchise. Love it or hate it, the MCU is here to stay – and Endgame both plays fitting tribute to a decade of comic book entertainment, while blowing the door wide I open for the next one.