DISCLAIMER: While I am reviewing this movie for the purpose of sharing an opinion, I am not in a position where I can recommend it to viewers. This is as a result of soundtrack choice – specifically, ‘Rock and Roll (Part Two)’, by Gary Glitter, who is fully credited and presumably remunerated for his contribution. Though Glitter is incarcerated for his crimes, I cannot conscionably support a movie – in any shape or form – which directly funds his estate. I encourage other would-be viewers to consider the same.

This is a difficult one. This is the first movie I have ever reviewed, regardless of the disclaimer above, where I haven’t been able to give a full score. On one hand, it is a relentless, intense, riveting ride – and on the other, it offers up a lot of troubling questions. Running right down the middle, there is an odd banality to the picture which only really hits home once you’ve left the cinema. What did this movie achieve? If it was to disturb and confound, its mission is complete – but I’m not sure if it was trying to convey specific messages, nor whether or not it truly succeeds.

In short – Joker is a re-imagining of the famous Batman villain with his first-ever backstory. Brought to life by the fantastic Joaquin Phoenix as Arthur Fleck, we are given a no-holds barred look at an emotionally disturbed man who finds himself falling further and further into misery, eventually descending into chaos. From the synopsis you already know this isn’t going to be particularly pleasant – though that’s pretty much what viewers are heading to see, I can presume. 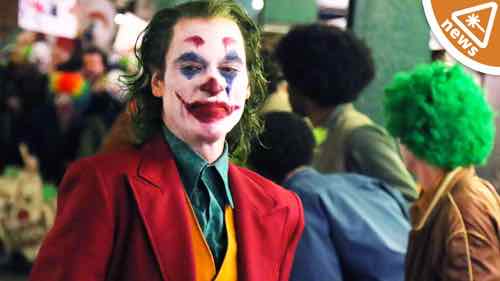 First things first – as a comic book movie, if we can call it that, Joker is unique. It is relentlessly murky and disturbing, uncomfortable in each and every scene. That’s an effort – and a lot of it is thanks to Phoenix, who I dare say may clinch an Oscar nod at the very least for his career-defining performance here. The cinematography is pounding and pulsating, unavoidable – utterly unique in many ways. The story is roughshod – though I feel that there was a good balance where you initially feel sad for Fleck, before slowly realising his descent into monsterdom. My main issue with this aspect is that I don’t think that it’s truly enough.

There doesn’t need to be a ‘good’ balance – you need to feel that Fleck is a monster, not just someone who’s pitiable and has gone off the rails. I’m unsure if the point was to go for grey morality here – and I’m assuming the film-makers wanted viewers to feel uncomfortable with feeling good about Fleck’s rise to infamy – and I’m further torn on whether or not that was a good idea.

There has been all manner of talk over whether or not Joker is going to be harmful in the sense that it glorifies violence. I don’t feel that’s the major issue at stake. I think there are potentially harmful statements made here with regard to abuse and with regard to mental illness. Fleck is constantly held back as a result of his illness – and yes, we’re meant to hate the state for cutting his treatments – but it’s more than a little discomforting that his rise to villainhood appears to be pinned on his mental condition.

I understand that the Joker was always meant to be psychotic – but this is just a little bit too sad to behold, in places. There are people like Fleck who are genuinely out there, suffering under system restraints – and are they following the same route? No – this is fantasy, of course, but I feel there was an unfair portion of blame levelled at Fleck’s mental condition – not just the events he goes through to finally break down. I’m not sure what you’d need to do to redress this issue, however, it does sit fairly uncomfortably.

And that’s what this movie is – deeply uncomfortable. I understand that this was the point – but it does make it very difficult to watch. On one hand, I enjoyed it, on the other, I didn’t.

That brings me back, full circle, to my disclaimer. Was including music by a convicted molester – possibly one of the highest-profile in UK history – truly necessary? Why was Glitter’s music included? I am all for artistic choice – however, there comes a point where we have to consider actual decency. I am not seeing much talk about this topic online – however, I still can’t afford this movie a score, or a recommendation on this basis. A film that touches on abuse shouldn’t include music from an actual abuser – it’s perhaps worse if this choice was intentional – it’s in abhorrent taste.

Joker is a movie which will be burned into the memories of everyone who sees it, and it’s likely we’ve not heard the last from it.

Does ‘Joker’ Have a Post-Credits Scene?

Despite all the controversy surrounding it — or maybe because of that controversy — “Joker” has been a big winner at the..

‘Maleficent: Mistress of Evil’ Director Takes Those ‘Game of Thrones’ Comparisons as a ‘Compliment’ (Video)

Is Batman in Joaquin Phoenix’s ‘Joker’?

Is Joaquin Phoenix Actually Playing the Real Joker in ‘Joker’?