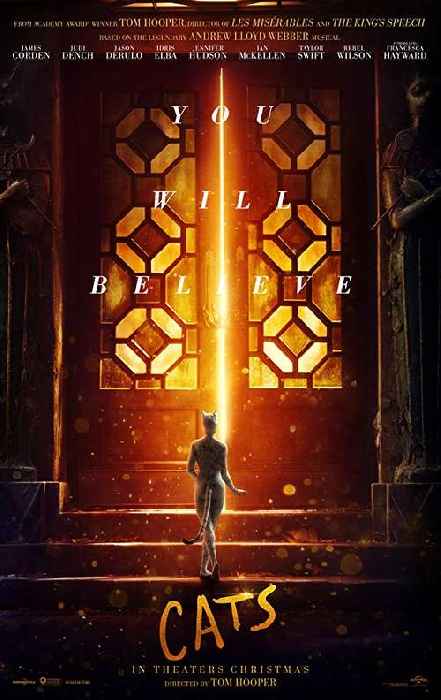 Ok – a disclaimer, first. There are plenty of reasons why I’m choosing to review this now, after my publication of 2019’s best and worst movies. For one, Cats is still in cinemas, to some extent. For another, I’ve received considerable interest in the writing of a full review – so why not?

What’s more, a movie like Cats only comes along once in a blue moon. It’s a movie which really did demand a few weeks for me to fully digest. I really don’t want to make any hairball jokes here, so I won’t. 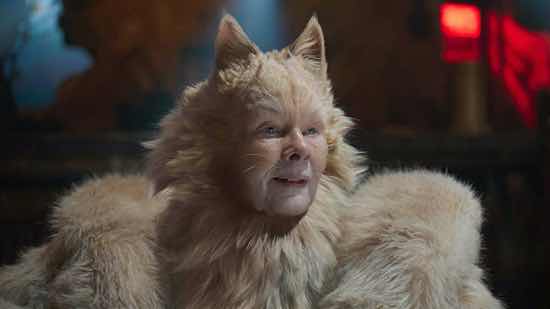 For background, I’d certainly suggest you look up the original musical, the poetry it’s based on, and watch the trailer. It’ll all help, perhaps. But then again, perhaps not. The musical is, famously, every bit as bizarre and as off-the-wall as the movie is. However, Cats was always known for being the most unfilmable of the mainstream musicals (short of Starlight Express, but let’s give it time, shall we?).

However, here we are. Cats is a movie where, for want of better reasons, anthropomorphic cat-people, complete with CG comparable with ‘The Mummy’ series of movies starring Brendan Fraser, spring onto the screen to sing about themselves. There’s a sub-plot regarding a chosen cat going off to heaven in a balloon, but… that’s by the by.

Cats is nothing short of a phenomenon. Not in terms of any kind of following, but in terms of spectacle. It isn’t pretty to look at. It’s not exactly what anyone would call entertaining. It is literally nearly two hours of gyrating, human-cat hybrids introducing themselves through song. They all have human faces. To disturbing effect, in fact. A scene where cat Judi Dench stretches and preens herself in an adult-sized cat bed remains perhaps the most vividly terrifying thing I’ve seen, including before and since.

Cats is a movie I was actually looking forward to seeing. I had heard all the reviews, read all the stunned reactions. Could it be quite as original as everyone appeared to be making out? Yes, it most certainly could.

Originality is the word, here. Cats is a musical that should never have gone anywhere near the big screen. It had its own place, on the stage, and that’s where it should have stayed. What was the over-arching purpose of this? It boasts plenty of big stars – all of whom are talented in their own ways – but what on earth are they doing?

The songs are, of course, the songs. They’ve changed just enough for the purpose of the movie, though in some cases, they’ve been made weirdly downbeat. This is such a strange complaint to make about a film that’s been complained about roundly for other reasons (many, many reasons), but the reasoning behind making ‘Mister Mistopheles’ a slow number remains as clear as custard to me.

Specific complaints aside, Cats is just a bit of a mess, really. Anyone looking for any kind of plot may not be too familiar with the source material, but even so, it tries to string everything together. The roll-call of the stage version is now sewn together in a mish-mash of odd moments that have very little consequence. It’s the kind of movie which is destined to flounder into ‘bad movie night’, and it could well rise to the top of the froth.

That’s all without mentioning the CG a little more – characters clip through the scenery, fur is missing in patches – case in point, the studio actively released an ‘update’ to the movie that had already hit cinemas, because viewers spotted that Judi Dench’s real hand, not a cat hand, was on full display at one point. It’s been managed utterly abysmally, and I’m not really sure why.

With all that said – why am I giving Cats a 1, not a 0.5? Strangely, the movie is hard to take your eyes off of. It is an absolute wreck of a film, but one that’s morbidly fascinating. You can’t quite believe your eyes. It’s a cinematic oddity the likes of which hasn’t really lurched forth before, and it’s unlikely to stir any kind of a movement. Tom Hooper previously worked Les Miserables for the big screen to Oscar-winning plaudits. Cats, however, is still rampaging across cinemas like some kind of Frankenstein’s Monster, never too clear what it actually is, never likely to find an identity. It’s a cinematic oddity, and for sheer originality, daring and nerve, I can’t give it the bottom grade.

Now that Cats has had time to fester at the cinema, it’s worth looking at how it’s doing. It’s likely still clinging on to squeeze some pennies out before it falls down into box office oblivion. At the time of writing, Cats is thought to have taken in around $61 million worldwide, on a budget of around $100 million. Double that for marketing, and you have a loss of almost minus $140 million. It’s likely to be one of the biggest box office bombs of all time, and it’s certainly going to be one of the most memorable.

Everything You Need to Know About That Bananas ‘Dolittle’ Ending, Explained

'Dolittle' is shaping up to be an epic box-office flop for Robert Downey Jr. and Universal

by Graham Pierrepoint -
2019 was a fantastic year for movies. If you’ve been keeping track of our reviews across the..

Robert Downey Jr’s ‘Dolittle’ Is a ‘Calamity for the Ages’ and a ‘Haphazard Mess,’ Critics Say

‘Dolittle’ Film Review: Robert Downey Jr. Can Talk to the Animals, But You’ll Wish He Wouldn’t