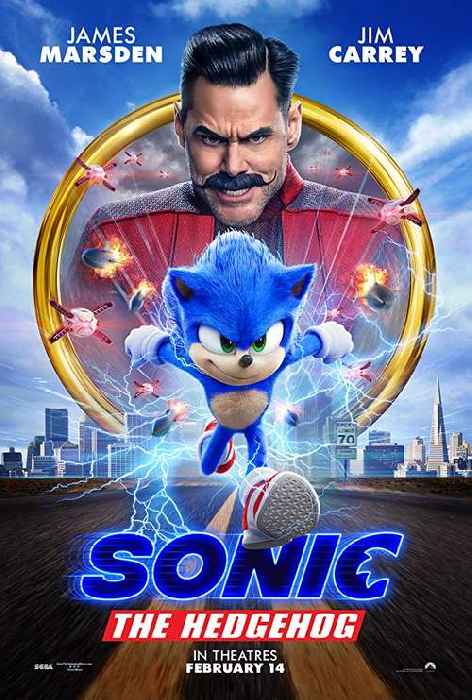 The first hurdle for 2020 movies approaches – and it’s actually pretty easy to clear. This is a movie that had plenty of controversy going into it, and yet it seems to be emerging from the chaos with plenty of plaudits. In fact, most people are leaving cinemas pleasantly surprised. But why were so many people concerned about the Sonic movie in the first place?

If you’ve not read up on the rocky road that led Sonic to cinemas, it’s well worth looking into. Initial trailers for the movie, an adaptation of the popular videogame series, presented a visual re-imagining of the blue blur that bordered on the horrific. I mean that with no hyperbole – rather than the cartoony, palatable design we ended up with, the original design for movie Sonic was – let’s say – divisive. So much so, that the studio involved delayed the movie’s release by months to make sure the character could be completely redesigned. Suffice it to say, the redesign seems to have worked, as Sonic is currently claiming the biggest opening weekend for a videogame movie of all time. That’s not particularly stiff competition, but still. 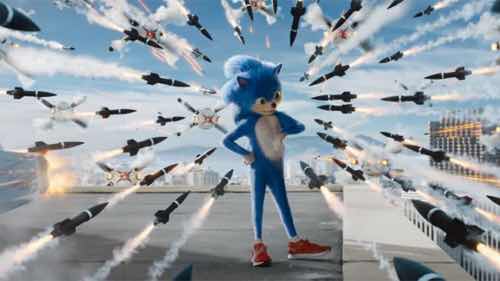 So – is the videogame movie curse truly broken? Sonic the Hedgehog is a character who seems to keep transcending years of cultural trend. He was last truly relevant – a perhaps controversial opinion – in the early 90s, when Sega was still making consoles and Sonic videogames that received critical acclaim. Therefore, after years of videogame misfires and misbrandings of the character, why does Sonic keep coming back? His endurance is baffling, though not entirely unwelcome.

2020’s take on the fastest thing alive (registered trademark) sees Sonic (Schwartz) head to Earth from a distant planet to seek refuge, with a bag of rings that he can use to jump from world to world. A decade later, Sonic has been hiding out, consuming Earth culture, and dreaming of integrating himself. When he accidentally causes a mass power outage in a small town in Montana, he runs into local sheriff Tom (Marsden), who reluctantly agrees to help him find his gateway rings, accidentally scattered into San Francisco through a portal.

Are you still with me?

While this is all happening, government forces conspire how to tackle the strange blue power outage and send in the egotistical Dr Robotnik (Carrey). However, Carrey has designs on capturing and maiming Sonic for his own ends, keen to use his quills to power his sinister machines. Sonic now has a fight on his hands to retrieve his rings and to decide whether or not he really wants to escape to another world.

That’s a lot of plot – and while it rather stretches the fabric of the original game stories more than a little, it’s actually easier to behold on the big screen. The fact is, Sonic and his friends have gone through so many re-imaginings – including one where he, inexplicably, wore a neckerchief and exercise tape – that this latest outing is unlikely to raise many eyebrows.

Sonic’s big screen outing is a perfectly serviceable family movie. Anyone going in expecting a movie purely full of sly winks to 30-something fans will likely be disappointed, though there are plenty of Easter Eggs here and there. Regardless, the movie whips along at a nice pace, and above all else, it is well-cast. Carrey relishes the role of the villain – a very different take on any Robotniks we’ve seen in other media – and makes a welcome return to the goofiness he’s best-known for. If anything, however, I feel he could have gone more extreme. Schwartz as Sonic is a good choice, but I feel Marsden shines here – he seems utterly at home acting alongside a redesigned hedgehog from space, and he immerses the audience well.

But – there are plenty of missed opportunities. If anything, the movie does feel a little hollow in places. While there are plenty of jokes and the usual clichés here and there, and while it will likely appeal to many kids – families too – I feel it could have gone a little more into the extreme. Joke deliveries and plot twists felt a little too safe, perhaps even pedestrian. It sounds strange to say that about a Sonic movie, but I feel there is much to learn from here.

That being said, the movie certainly performs better than the trainwreck many are expecting. Is it the best way to bring Sonic and Robotnik to the big screen? Maybe not. But as a family film, it’s perfectly watchable, harmless, and genuinely a lot of fun. With a sequel hook that will surprise fans of the games and which is all but likely to go ahead thanks to the film’s financial success, let’s hope Sonic’s second outing monopolises on a few more risks.

These Sonic the Hedgehog facts are impressive

We bet you didn't know these Sonic the Hedgehog facts!

Does ‘Sonic the Hedgehog’ Have a Post-Credits Scene?

The “Sonic the Hedgehog” movie looked like it might not fare so well after its disastrous first trailer sparked an outcry about..

Coronavirus Has Already Infected Hollywood’s Bottom Line – How Bad Could It Get?

Chinese Exhibitors Pull Out of CinemaCon Due to Coronavirus

‘Sonic the Hedgehog’ Release in China Postponed Amid Coronavirus Outbreak