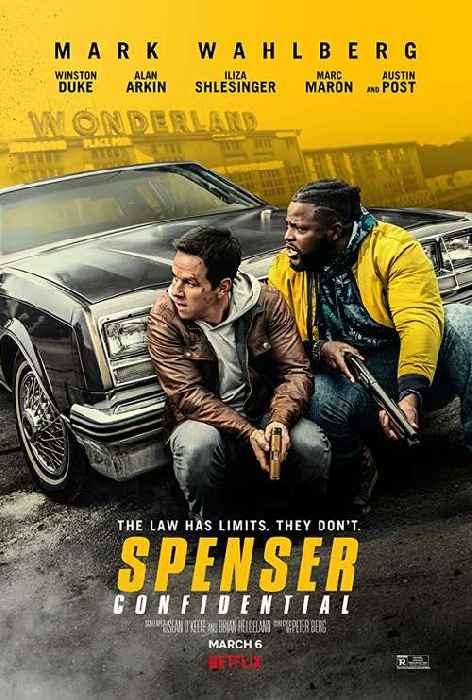 Netflix has seen a few big hits come and go over the years. Occasionally, it’s worth dipping into the streaming platform to see what’s popping up for home viewers! However, movies like Spenser Confidential appear to get short shrift in a market that’s often hard to tackle. Based on Robert B Parker’s Spenser novels – and a TV series that ran for a few years in the late 80s – Mark Wahlberg takes on another action movie with long-term collaborator Peter Berg.

But how does this latest venture measure up? Berg and Wahlberg both worked together on Mile 22, Deepwater Horizon, Lone Survivor and Patriots Day. Most of these received reasonable critical reception – Deepwater Horizon received particularly good marks from One News Page – but is this partnership still bringing great stories to the surface? Maybe. 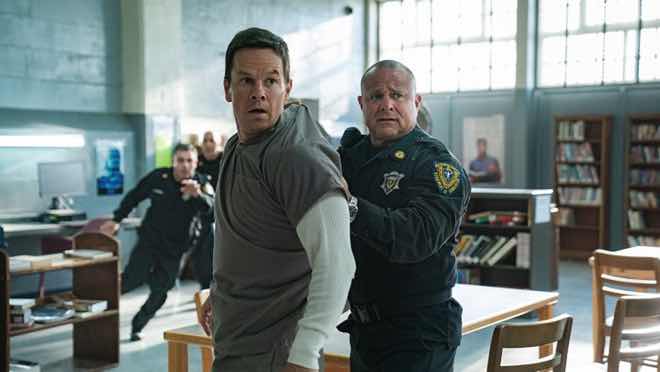 Wahlberg takes on the role of Spenser, a police detective who’s getting out of jail after assaulting a captain on the job. “He deserved it,” Spenser claims – and for all intents and purposes, we’re on his side. A believer in rightful justice through any means, Spenser finds himself thrown into a whole new saga as the captain he assaulted is found dead.

Spenser and Hawk (Duke, portraying his room-mate) must therefore negotiate a tangled web of deep crime and deceit which – as you can imagine – is just ripe for the probing. But will the duo probe too deep? Will the movie do anything that no action movie has done before?

Probably not. In fact, Spenser Confidential is, for the most part, pretty by-the-numbers. You can guess most of the beats, and you’ve likely seen many of these characters and story twists before. That being said, if simple action is likely to light things up for you, then there’s no reason why you won’t enjoy it. However, in a few months’ time, it really does run the risk of being forgettable – that’s a fate that some of Wahlberg and Berg’s previous collaborations have fallen prey to. Deepwater Horizon, not so much.

However, it’s a safe combination. You can rely on Wahlberg to carry off Berg’s beats and tried and tested tropes with steady ease. It’s an easy watch. Duke is on top form, though quite what he is doing in this movie is a little baffling. The same could be said of Alan Arkin, who, while as ripe and as witty as he always is, seems to be going through the motions a little.

For sheer spectacle, Spenser is worth watching. It certainly breaks no new ground as far as action movies in any shape or form are concerned. However, it’s worth saying that there’s a little too much pressure put on these movies nowadays. Spenser is a diversion from blockbuster movies with ‘hidden depth’ and ‘meaning’ – not suggesting it is completely pointless, but you have much less invested in this movie than you would, say, anything passing through Christopher Nolan. There’s less pressure on you to savour every last beat of the screenplay.

That being said, the movie – from screenplay to full execution – is still marvellously intense. Much in the same way you can enjoy, say, something like Angel Has Fallen – the pacing is pretty deft, and for that reason, you can really get behind some of the bigger, dafter parts of the script without ever feeling too guilty about it. That’s always a good thing!

The story, therefore, is interesting enough – though some viewers may find that it grinds a little too slowly at times. It does a lot to fill in plenty of different gaps, and for that reason, it will warrant attention at times. However, it shouldn’t always become too much of a drag. It all depends on what you’re looking for, honestly!

In a world where Netflix is bringing on more and more original movies, it is nice to see that the platform is falling back on a few tried and tested formulas. Yes, Spenser Confidential falls back on a number of clichés which will surely make your eyes rattle and roll – but ultimately, it does a lot to keep you in the game.

The cast seems to be well into the script, and as a result, it’s very easy to get behind. However, if you are of the opinion that if you’ve seen one cop movie, you’ve seen them all, then you’re probably not going to get much out of this. However, if you are simply looking for an easy Sunday evening watching without having to engage your brain too much, Wahlberg and co are hardly going to insult your intelligence. If this falls within your wheelhouse for genre, give it a look and see how you get on!