These Movies Are Streaming at Home Early Soon - Catch Them While You Can! 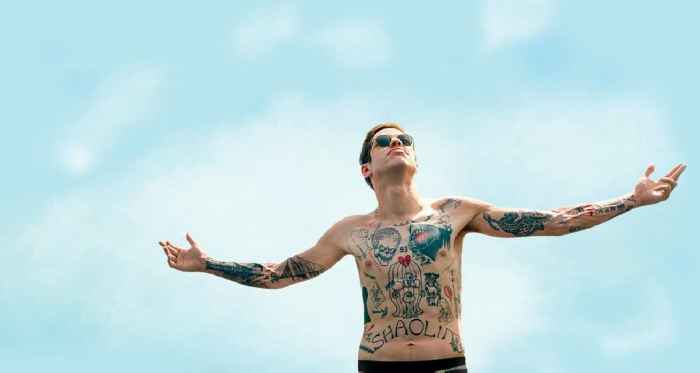 These Movies Are Streaming at Home Early Soon - Catch Them While You Can!


Recently, I’ve been talking at length about the huge changes happening in the movie industry. Thanks to the rise of COVID-19, people are unable to head to the cinema as they’d like. As a result, some of the biggest movies on the 2020 slate have been shunted along to the end of the year. Others, such as Trolls World Tour, have emerged as brilliant examples of movies succeeding massively through home video on demand.

Whether or not early home streaming releases will persist even beyond the lockdown remains to be seen. However, it’s clear that there are still a few big movies and early releases which we can all enjoy before lockdown measures ease. Here’s our selection of some interesting ones worth keeping your eyes peeled for – as well as ones which are being pushed back.

The latest take on the Scooby-Doo franchise is actually already available to stream in the US, following the initial decision to try and hold out until after lockdown. It’s been receiving mixed reviews, as it happens, though UK viewers are still left without any kind of release date. It was due to reach us by now – and as US homes are already playing host to it, it surely won’t be long before it pops up across the Atlantic.

Is this set to be the next big YA franchise to take over the movie industry? We’ll have to wait and see, but Disney has made the brave decision to cancel public cinema releases of the Eoin Colfer adaptation and to bring it to Disney+ at home instead. This means fans will only have a couple of weeks beyond the original release date to wait for it. It’s set to land on Disney+ in the US, at least, as of June 12th.

Earmarked as likely to be one of the most iconic roles in Tom Hardy’s eclectic career, his turn as infamous gangster Al Capone recently emerged on US streaming to mixed reviews. The movie, which focuses on Capone’s later life, will also likely be emerging on UK streaming in the near future, which means it’s well worth keeping an eye out for Hardy at home, rather than at the cinema.

THE KING OF STATEN ISLAND

Judd Apatow’s next big movie – with SNL’s Pete Davidson starring in a summer comedy set to turn a few heads – was due to head to us on June 19th, at least in the US, in theatres. However, thanks to the pandemic, things have changed, and US viewers are actually going to get access to this movie earlier than planned, at home on June 12th. It’s Universal’s next big at-home debut, having recently declared that they will be continuing to debut movies at home for the foreseeable future. Will that pay off with a big Apatow movie the same way in that Trolls World Tour made so much ‘box office’ cash?

And the movies likely to stay pushed back…

It does seem strange that we haven’t had a big Marvel release yet this year, but as MCU movies tend to draw huge crowds, it’s likely this is facing delay for the foreseeable. It’s a shame, as we would have seen it by now – but, as they say, perhaps it’s going to be worth the wait.

Mulan hasn’t gone wide just yet, but again, it’s going to be a pretty big Disney release. This means that The House of Mouse is likely clinging onto it for as long as they can! Production on multiple other cartoon to live action movies is pushing ahead, and it’s likely Mulan is going to set a new kind of precedent. More news as soon as we have it.

NO TIME TO DIE

The biggest casualty of the lockdown initially was, of course, James Bond. No Time To Die already has its theme from Billie Eilish, however, the release of 007’s latest adventure – supposedly Daniel Craig’s last – has been forced back into the latter half of the year. Again, a Bond movie is an event release – meaning that once things are safer, it will likely pull in huge crowds, providing it’s safe to do so!

It’s not just Marvel feeling the COVID pinch when it comes to big comic book movie releases. Wonder Woman 1984 is likely to be a very big deal indeed, and it’s perhaps a shrewd move that it’s now likely to reach us in theatres in August. Or, will the studio buckle in the meantime? Time will tell – though some insiders, and fans, feel shifting the release a long is a tad optimistic. A home release for DC could be a game-changer – might the strategy change in the next few weeks?

The US and China relationship just reached its most dangerous point in history, and it couldn't have come at a worse time

· After China passed legislation to allow its security forces to patrol Hong Kong, President Trump announced that the US would..

MUSK MAKES HISTORY: SpaceX just launched 2 people into orbit for the first time, kicking off the rocket company's most important mission since its founding 18 years ago

YouTube is 15 years old. Here's a timeline of how YouTube was founded, its rise to video behemoth, and its biggest controversies along way (GOOG)

After coming back from the brink of death, Tesla could have an edge over its rivals during the COVID-19 crisis, an industry watcher says (TSLA)

The face mask is a political symbol in America, and what it represents has changed drastically in the 100 years since the last major pandemic

Coronavirus layoffs have not been equal. Here are the workers that have been hit hardest by pandemic job losses.