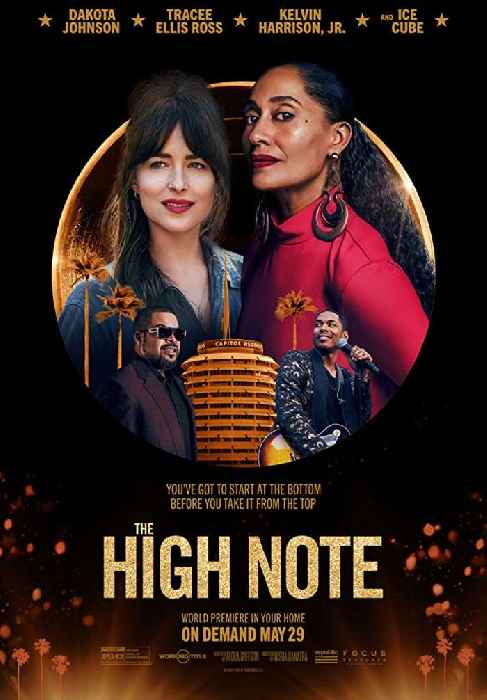 The High Note is the latest of several pictures releasing through video on demand channels as opposed to through mainstream cinemas. This ‘new normal’ is something of a treat for those of us shielding and isolating at home – and for the most part, it’s been a real change of pace to see new releases in the comfort of our own spaces. However, that doesn’t necessarily mean that all the content we see is necessarily mean that all the content we are receiving is of good quality!

The High Note is a dramatic comedy which has plenty of heart and good intentions at its core, however, it is the execution of this heart and these good intentions which, ultimately, matter the most. This is a movie which does seem to have divided critics for the most part, and while it has a reasonable story at its core – and a reasonably engaged cast – it does drift off into some serious lacklustre territory. 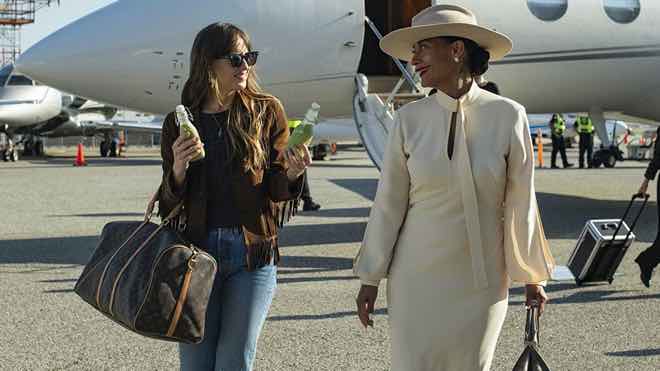 The movie focuses on Maggie (Johnson), who acts as a PA to singer Grace Davis (Ellis Ross), a star who is juggling between taking up live shows in Las Vegas or recording an album of completely new material. Maggie is an aspiring producer in her spare time, working on mixing her boss’ tunes on the quiet. Along the way, she meets up with David (Harrison Jr), a singer who himself has designs on taking on the music industry. Along the way, there are fraught tensions between Maggie and David, and Maggie and her boss – as she lies to David about being a professional producer, and as her and Grace lock horns over how best to manage her career.

Ultimately, as mentioned, there is a nice concept here – but it’s pretty unforgettable. The movie is listed as a comedy; however, it does seem to lean more into the drama side of things. Attempts to lean into comedy don’t always work too well, bordering on cliched parody that we’ve seen many times before.

However, let’s focus on the positives. The movie is well-directed and has plenty of great music. This is a movie which is striving to push a few interesting messages out to its audience, and for the most part, it will likely connect with the people they are supposed to reach. However, the final product is fairly wishy-washy, at least compared with other movies of a similar type.

The pacing shouldn’t offend too many people – but that tends to be half of its problem. It is a movie that doesn’t really bring much in the way of new ideas to the table. It’s also pretty inconsistent, unsure quite how far it really wants to go in terms of humour, and how far it wants to focus on specific themes. An interesting point to make is that it could have focused more on class division – that could have been a more interesting angle to take rather than the clichés it falls into.

The movie does benefit from an eager cast; however, the script does stumble upon lazy clichés and twists. The main twist in the movie is pretty easy to spot and might actually be a bit jarring if you look at it in a certain way. The journey to get there isn’t terrible – but it’s just not very inspiring. To say this is a fairly ‘safe’ movie is putting it mildly – it may well be one of the blandest pictures, sadly, on video on demand early release at the moment.

Yes – it works hard to push the feel-good factor, but it’s lacking a certain bite. It seems to borrow from similar movies with similar premises. You could compare some of the dynamics and setup to The Devil Wears Prada, for example. Beyond this, a key element to The High Note is that you are meant to relish in the journeys that these characters are taking. By the end, you are meant to have experienced some form of revelation and are meant to feel good for most of the people involved.

Except – you don’t really feel this. The characters aren’t as deep or as relatable as they could be, regardless of class or structure. We feel a bit distant from the whole thing – and that, given the premise and concept, is a crying shame.

The High Note really does try its best, maybe a little too hard – but in too many areas, it relies on touches and nuances which will make the average viewer roll their eyes in tedium. It’s not a terribly-made movie by any stretch of the imagination – but I defy you to recall much about it a week after watching.

The best Apple deals we expect on Prime Day 2020

· *Apple devices don't go on sale very often, but there are a few iPads, Apple Watches, and AirPods that will almost certainly be..

After flashy hires and a big buildout, Perella Weinberg's media and telecom team has been gutted. We tracked the bankers who are out — and what it says about the landscape for blockbuster M&A deals.

The Implications Of Withdrawing American Troops From Germany – Analysis

(FPRI) -- On June 6, the Wall Street Journal set off an avalanche of commentary by reporting that..

The Mercedes-AMG GT R Roadster exhibits so much power and style that its $210,000 price tag is actually a bargain

Policing Irrelevant for Public Safety: Here Are Some Alternatives That Are Proven To Work – OpEd