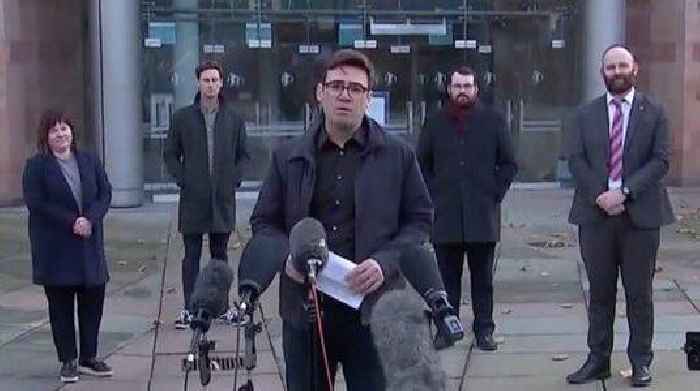 A host of figures join the dissent...

A host of music figures associated with Manchester have joined in the dissent over the government's treatment of the city.

A stand off between central and local government ended yesterday (October 20th) with Boris Johnson forcibly putting Manchester in Tier 3 lockdown, without providing the financial assistance asked for by those on the ground.

The move was truly remarkable, with Manchester mayor Andy Burham finding out about the decision when assistants showed him the headlines on a mobile phone.

Footage quickly went viral, with online dissent including a number of figures associated with the city's illustrious music scene.

Everyone from Liam Gallagher to Tim Burgess - who recently helped save a venue in Manchester - joined in, with many others making their voice heard.

Liam Gallagher seemed to sum up the situation:

Can Manchester join back up with The EU?

Asking for a city

Hey Boris Johnson, if you want to know where Manchester is take a left at Buckingham Palace...head towards Kilburn and then keep going for a bit.

Yes - the amount of financial support the Tories are offering us to compensate for loss of businesses and jobs in a Tier 3 #manchesterlockdown is the equivalent of £7.86 each.