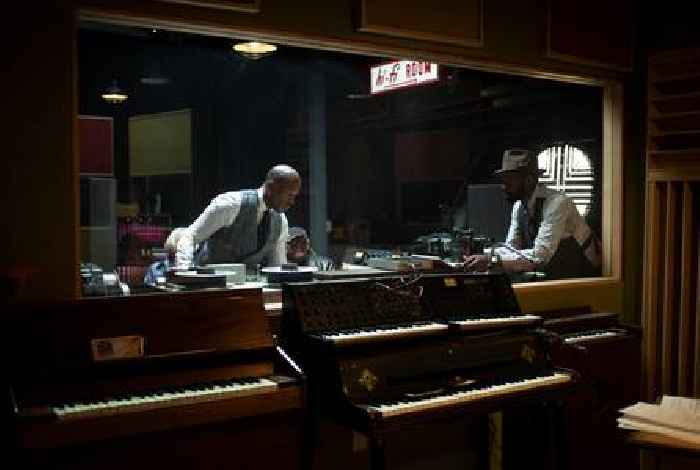 Bear with Clash a second while we fumble our way through an extended metaphor: jazz is like a river basin that all other forms of music flow into. Go pull out some of your favourite jazz records – they encompass so much more than one genre, moving from latin to hip-hop via grime, neo-soul, and goodness knows what else. That’s what leads to the continual rejuvenation of jazz, its ability to absorb, refresh, and continue.

Right now, the team surrounding Los Angeles project *Jazz Is Dead *are some of the finest boatmen around, ferrying audiences from arid plains to somewhere a little more romantic. A renowned West Coast concert series, they’ve recontextualised jazz for a different audience, re-connecting it with its club roots and opening up fresh pathways in the process.

Helmed by producer Adrian Younge and A Tribe Called Quest legend Ali Shaheed Muhammad, Jazz Is Dead became a label at the start of this year. Since then, a host of superlative records have emerged under that banner, all laid down at Adrian Younge’s studio in LA, an internationally renowned house of vintage equipment.

Clash speaks to the producer during the depths of lockdown. Seated for a Zoom chat, we can just about make up some of the banks of equipment behind Adrian’s profile – it’s a mouth-watering collection, and it provides the bedrock for everything Jazz Is Dead has achieved in its short but glittering lifespan.

“It’s basically a community that we’ve built here in LA to celebrate freedom music,” he explains, “which is essentially jazz. It was always my dream to have a jazz label... I really wanted to make a label where everything was analogue, so that’s basically what this is.”

The curation has been impeccable. Opening with a release from neo-soul godfather Roy Ayers – a hero to the UK’s rare groove movement – it has continued with new music from Brian Jackson, Brazilian crew Azymuth, and more. It’s all recorded right there in that studio, with genuine 70s dust sitting between those Fender Rhodes keys.

“People don’t always realise how important analogue recording is,” Adrian insists. “It really does make the world of difference. It’s refreshing to capture human error, you can hear and feel the palpable free spirit. When you start using equipment that is more sterile I thin k you lose a lot more of the edge that jazz has, and that happened in those 70s recordings going on into the 80s. Human error plays such an important part in jazz.”

He has a point. Jazz has always had something indefinable about it – a form of art rooted in improvisation, it is constantly in motion, its strengths and weaknesses essentially forming a double helix of creative DNA. Adrian picks up on this, commenting: “Every single analogue piano sounds so different to each other. They age differently over time giving them such a unique sound. When you’re playing with digital the problem is that it tries to perfect things, but these things aren’t meant to be perfect. When you’re hearing all these perfect notes, you can actually hear the loss of soul. Jazz Is Dead is about recapturing a lot of the spirit that has been lost.”

It’s an ethic that some legendary musicians are tuning into. Take that inaugural Roy Ayers release – it’s funky, for sure, and soulful, but there’s an element of humanity in there that harks directly back to his imperial 70s run. “Roy Ayers is largely responsible for what we deem as neo-soul,” Adrian states. “His sound mixed with cosmic soul jazz is really what created artists like Erykah Badu and Jill Scott. It was just that groove… that’s not to say people around then weren’t making music with a groove but he is definitely a pioneer.”

Adrian and Ali both connected with Roy Ayers’ music through hip-hop – groups such as A Tribe Called Quest dug into the bedrock of Black music, and these excavations not only propelled them forwards creatively, but also opened up second chapters for some true African-American pioneers. “It’s a dream come true,” the producer smiles, “because you never think you’ll ever be able to work with the legends. It’s very gratifying to realise how important you are in their minds and collaborate with them. It’s a very close circle of artists.”

Each project is accomplished quickly – there’s an in-depth pre-production process, but the studio timeline is crisp, freeflowing. “It’s really spontaneous,” he states. “We will do stuff like write a bassline and then just work off that. It tends to be either the first or second take. We practise to the point when we know it’s about to be just right for recording. We will have a moment when we are playing when it feels right.”

Throughout our conversation it becomes apparent that the love and attention Jazz Is Dead project into those sessions is more than reciprocated by the heroes at the centre of it. “It’s been so great to have these guys walk into the studio and feel like children again,” he says. “It’s so obvious how excited they are, it’s very fulfilling. As they walk in they realise who me and Ali really are. It’s great to see that moment when they realise we really get it. It works out well.”

Working with Brian Jackson, he admits, was an incredible experience. The collaborator on those seminal Gil-Scott Heron recordings, his own work opened a different dimension for Black artistry. The actual studio session, through, feels remarkably low-key. “With a lot of these sessions we just kick it and chill for a second,” he says. “It’s kind of like when you were a kid and your parents let you go to their friend’s house and the friend has kids. You get on with them straight away, it was kind of like that. When you go in there you’ve got so much of the same interests.”

He adds: “It’s not about how talented somebody is, it’s about how much I like them as people.”

Rooted in LA, Jazz Is Dead has global ambitions. After all, as Adrian points out, jazz is a global form – to borrow his phrase, it’s “freedom music” and freedom is a universal concept. Their latest release is by Brazilian groove team Azymuth, and “it’s really an afro-latin romantic take on soul and jazz.”

Adrian Younge has long been infatuated by Brazilian culture – indeed, he travelled to South America in order to convince Azymuth to take part. His advocacy is paying off, it seems, with a number of listeners being turned on to the cultural cross-currents that dominated the Brazilian dancefloor. “There are always people who know about the influence. There is absolutely a Brazilian following out there, we definitely tap into that. We try to transfer it to a younger audience.”

It’s an audience that is growing with each release. The pandemic has halted their live shows – and Adrian isn’t a fan of the streaming experience for a concert – meaning that Jazz Is Dead is primarily focussed on those studio recordings. We end by discussing the links between Los Angeles and London, and the way the UK’s own jazz communities mirror some of his own ideologies. Perhaps, Clash wagers, when this is all over, a London takeover could be on the cards.

“I would love that,” he smiles, “but we’ll just have to chill and wait.”