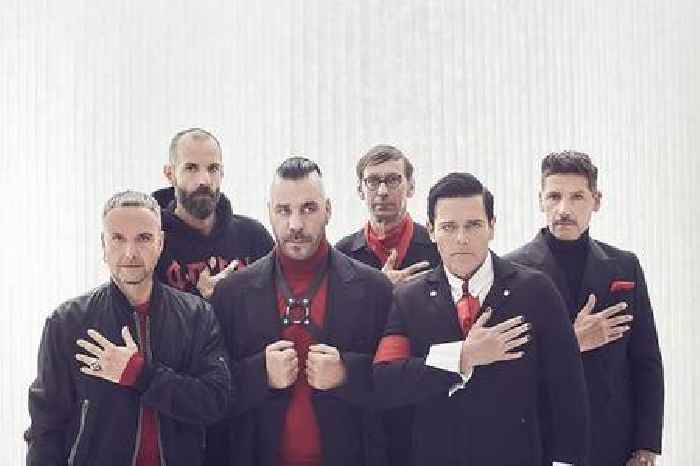 Andrei Borovikov is accused of posting the video for Rammstein's 'Pussy' on Russian social media service VKontakte some six years ago, with the case now making court.

Borovikov - an environmental activist who has ties to the Navalny campaign - is accused of “distributing pornography” and could be handed a six year jail sentence.

The prosecution in the case has requested a three-year sentence in a high-security penal colony if the activist is found guilty by the Lomonosovsky District Court.

An informer from his office told police about the posting six months ago, leading to charges of “production and distribution of pornography” under Article 242(3)(b) of the Russian Criminal Code.

In 2019, Andrei Borovikov was sentenced to 400 hours of compulsory labour after being found guilty of “repeated violation of the established procedure of organising or holding public events” for staging peaceful protests against a local landfill project.

“The case against Andrei Borovikov is utterly absurd. It is blatantly obvious that he is being punished solely for his activism, not his musical taste. This is not the first time the Russian authorities have used an overbroad definition of ‘pornography’ as a pretext for locking up their critics. Earlier this month, artist and feminist activist Yulia Tsvetkova stood trial on pornography charges over her drawings of women’s bodies - it is astonishing that cases like this even make it to court.”

“The Russian government surely has better things to do than try its hand as a cultural critic. The prosecution of Andrei Borovikov is a mockery of justice, and we call for all charges against him to be dropped.”

The verdict will be delivered tomorrow (April 29th). Rammstein's 'Pussy' video is available globally on YouTube and has over two million views.

Join us on the ad-free creative social network Vero, as we get under the skin of global cultural happenings. Follow Clash Magazine as we skip merrily between clubs, concerts, interviews and photo shoots.

Get backstage sneak peeks, exclusive content and access to Clash Live events and a true view into our world as the fun and games unfold.

US Has No Moral Standing To Criticize Russia Or China – OpEd

President Joe Biden and his Secretary of State Antony Blinken are worried about Russian Putin critic and presidential aspirant,..