Comic book adaptations are rife across theaters in 2016, and with the R-rated Deadpool and Captain America : Civil War having notched up box office glory for Marvel this year so far – and with DC’s Batman V Superman also pulling in ticket sales despite critical dissonance – 20th Century Fox’s latest X-Men instalment, while under the Marvel umbrella, was also hoping to get in on the action. In a cinematic climate where so many fantastical lycra-cladded heroes and villains are thrown at us year after year, it’s becoming increasingly difficult for films of the genre to make a unique mark. It’s something that Guardians of The Galaxy perfected in 2014 – but it is sadly not something that X-Men : Apocalypse can get to grips with two years later. 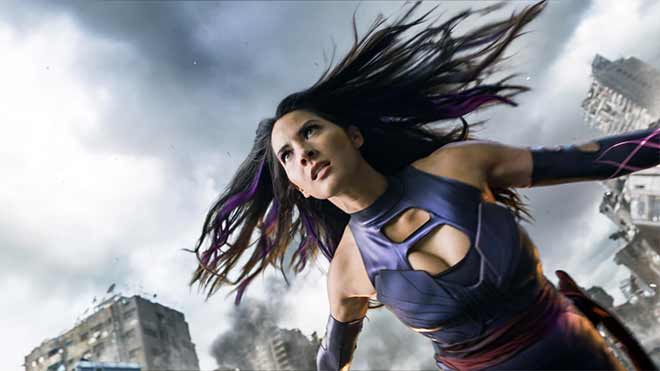 The movie is the latest in the line of prequels to the original X-Men trilogy – which also run alongside Hugh Jackman’s Wolverine spin-off series – and it picks up in 1983, where human and mutant relations are still very much in development. Throwing a spanner in the works is the resurrection of an ancient evil, the supposed ‘first’ mutant, who has laid in slumber since the time of Egyptian gods and pyramids alike – this mutant is known as ‘Apocalypse’, and upon waking in the early 1980s, decides that it’s time the world became his own – and that everyone on it benefit from his omniscience. In opposition to this new threat are Professor Charles Xavier and his band of X-Men in training, as they pick up from previous plotlines and unite to face off against this new, colossal menace. The exiled anti-villain, Magneto, returns from the back of beyond after tragedy strikes, forcing his fragile state into the hands of Apocalypse – and together with Storm, Angel and Psylocke, form a protective guard for the doomsday-wielding overlord.

What transpires is excessively by-the-numbers. In a year where Batman V Superman applied a little too much to darkness and not enough to action – and where Civil War balanced a variety of action, colourful scenes and self-awareness to superb effect – Apocalypse seems very content to stick to the tried-and-tested – which, unfortunately, makes for a rather boring picture.

The positives, first of all, lie mainly in the visuals. This is a fantastic-looking movie with stunning green screen usage and action scenes that, while few and far between, would make it wholly worthwhile risking the price of a 3D ticket (were it not for details to be discussed shortly). An extended scene involving Evan Peters’ Quicksilver – set to Eurythmics’ ‘Sweet Dreams (Are Made of This)’ – is among the most visually stunning and most genuinely entertaining pieces of cinema I have seen this year. It’s a scene that is funny, technically impressive and vital to the plot – therefore I won’t divulge any details – but, for a short, sweet moment, it almost makes the movie worthwhile.

Unfortunately, visuals aside, the pacing and the level of exposition on offer from the script render Apocalypse both uninspiring and fairly old hat. While fans of the previous movies may appreciate seeing their favourite mutants again – along with some ‘new’ ones that are of course seen in the original X-Men trilogy – there is very little added to the character tapestry, nor is there much in the way of a tangible plot. The majority of the movie is a series of reactions from characters to events that have already occurred, all the while a steadily building threat takes an extremely long time to actually make much of an impact. The characters are, for the most part, given little to do, other than dawdle around – until they eventually take on the dreaded Apocalypse himself. This battle, while it’s nowhere near as delayed as with Batman V Superman, is still left far too late in proceedings, and as a result comes far too little, too late.

While some of the plot remains integral to the overall arcs set up between prequels and the original trilogy, much of it is so predictable, so trite and so cliche-safe that it is unlikely to inspire or even warrant the attention of even ardent X-Men fans. Magneto’s sojourn and return to the fray is drawn-out and predictable, and fails to connect with the audience in a meaningful way. There are flawed and interesting characters here, too, but as there are so many – and as the focus is so thinly-spread with so little actually happening ahead of the final battle – it’s incredibly underwhelming.

Oscar Isaac makes an interesting leap from Star Wars fan favourite Poe Dameron to the titular villain, Apocalypse – but his motivations and his overall character are so contrived and uninteresting that he is neither as unpredictable nor as captivating as he needs to be to be able for an audience to genuinely fear for the humanity shown on screen. As the main villain, his motivations and actions are so flat and uninteresting that we are instead more interested in his sidekicks – who, at the same time, are given next to nothing to do bar fight on his behalf.

Apocalypse is a visually stunning movie with great stunts and character designs, along with genuine acting talent and a clear vision – but it plods along at a tiring and sluggish pace that many fans will be hard to get inspired by. New watchers of the franchise, too, may be left wondering what all the fuss is about. Unlike other Marvel movies, this is an oddly-paced, thinly-characterised movie that is all too serious about itself – while other X-Men movies may have succeeded in examining several characters at once in a myriad interesting ways, Apocalypse fails to intrigue, instead opting for a safe, generic comic book movie that feels both old and poorly-executed, making for a relatively disappointing spectacle that may even be hard to recommend to fanatics.

Suicide Squad Reviews Are In.. And They're Not Pretty

by Graham Pierrepoint -
2016 really seems to have been the year of superhero movies – more so than any other – as..