2016 has been host to a number of huge movies with an awful lot riding on them. Batman V Superman, Deadpool, Ghostbusters, Finding Dory – audiences all very much holding their breath in the hope that they would all pull off something magical. In some of these cases, they did. Suicide Squad is DC’s latest attempt at igniting their cinematic universe to rival Marvel, and it has been subjected to one of the longest and most pervasive marketing and teaser campaigns in recent cinema history. To say that this is a movie that has been hotly anticipated is an understatement – and for many, following Batman V Superman, this was a make-or-break for DC. While they have teased us recently with previews for Wonder Woman and Justice League, they are still very much taking baby steps towards the success that Marvel seem to be experiencing – as Suicide Squad is nothing short of a mess that wants to be so much more, and really had a lot of promise behind it.

The movie centres around a band of super villains who are hand-picked to come together and unite on a top-secret case by US intelligence officer Amanda Waller, who is in fact using the criminals due to their supposedly expendable nature. Among the misfits are former psychiatrist turned supervillain Harley Quinn, who has romantic ties to The Joker – who too is mounting his own underhanded scheme – Australian assassin Captain Boomerang, killer-for-hire and expert marksman Deadshot and the fire-summoning El Diablo. Together, they find that there are more things at stake than anyone ever imagined – resulting in the villains needing to act like heroes for once in their bizarre, twisted lives. 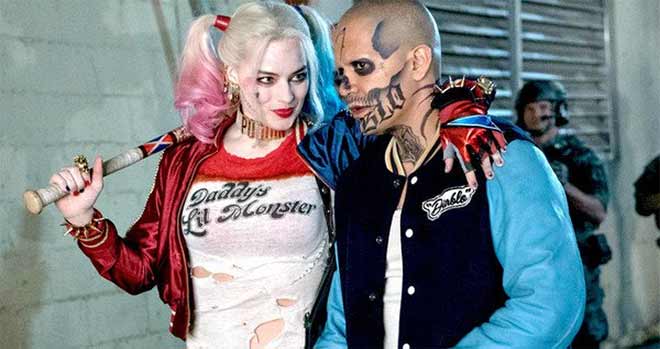 There is an extremely interesting premise here, and it’s a storyline that could have been handled marvellously on the big screen – however, the execution of Suicide Squad, mainly in its frantic editing and wayward direction, does little to inspire focus from the audience. In fact, as a story, it is largely wandering from shot to shot to plot device to plot device in such a haphazard and unfocused manner that it is hard to keep a keen eye on proceedings. The main cast are introduced clumsily and with gleeful abandon, but without any character development early on, we are left with a vast array of missed opportunities and disappointing turns from actors who have shown genuine talent in other movies. The characters here are reduced to posturing and making wisecracks, offering little other than cookie-cutter caricatures to be thrown into a morass of randomised action sequences and fumbled plot devices.

Visually, Suicide Squad is at least appealing – the character designs are at least imaginative, but DC faces the same problems with Batman V Superman in that it is shot in far too much darkness and dinge for it to ever become more than occasionally pleasing on the eye. Some of the visual effects really do become rather impressive, but not in a manner that is either original or particularly inspiring.

The main problem Suicide Squad faces is in its plot momentum. We are thrown into a story which has little build up or tension, which instead clatters along at a break-neck pace that actually inspires tedium by the third act. While this is a story that could have been handled well with better awareness of pacing, the execution is sadly lacking – this is a movie that appears to insist upon itself, offering the audience the opportunity to marvel at its wonder in an almost artificial sense.

That being said, the cast is mostly trying their best with the material at hand – Will Smith is reliable as Deadshot if not predictable, Margot Robbie is memorable as Harley – again, if not predictable – and Viola Davis offers a solid performance as Amanda Waller. It’s just a shame that the script offers the actors and characters little opportunity to really shine, as they are forced through their paces at break-neck speed with little respite. Jared Leto could do well as The Joker with more scenes or development, but even then, it was always going to be hard to follow up either Heath Ledger’s take on the character or Mark Hamill’s long-running voice performances as the iconic villain.

Further to these issues, Suicide Squad is a movie that insists upon letting you know how subversive it is. For the first two acts, there are 70s rock songs and popular hits from the last decade shoehorned into almost every scene with obvious and jarring abandon. The characters act cartoonishly and off-script so often that there’s next to no opportunity for genuinely interesting moments of character or development. It has clear intentions on being the DC equivalent of Deadpool or Guardians of The Galaxy – but even with twinges of humour here and there, it never really raises its head above being little more than gratuitously in-your-face. This is a movie that tries desperately hard – it insists that it’s a number of things in a melting pot of fast-paced, subversive action – but below the surface lies a very by-the-numbers action movie that is so unfocused and so feather-light in terms of plot and delivery that it’s hard not to be anything but disappointed. Unlike Marvel’s Avengers franchise, the characters are flat, introduced hurriedly and thrown into an extremely tedious situation, one that can be predicted away in a heartbeat. As a comic book movie, it might work on a base level – but as a movie in general, it needs some work.

Is this a movie that has been unfairly treated by critics? Perhaps it has been given too harsh a drubbing in places – it’s still entertaining on a base level but has so many confusing flaws and moments of genuine tedium that it’s hard to enjoy it for what it is. Sadly, it appears DC still has some homework to do if it wants to live up to Marvel’s cinematic run – and if the rumours that Suicide Squad actually needed retakes to inject humour are actually true, the mind boggles as to how maudlin the original product was.

Is Suicide Squad Getting a Joker Spin-Off?