Cloverfield is an odd phenomenon. There’s perhaps nothing much else like it out there in movieland right now. Since the first movie’s debut in 2008, all sorts of questions have been flying around regarding exactly what happened in JJ Abrams’ initial found-footage monster movie, and while – in typical late 00s film-making style – we were left with absolutely nothing to go on at the time, the promise has always been there that some sort of answer would be coming. We assumed, at the time, that the superior Steven Spielberg vehicle Super 8 was more or less connected – though that’s only ever been loosely hinted at – and we had to wait until 2016 to see another movie with anything close to Cloverfield in the title.

That film was 10 Cloverfield Lane, and it was incredible – one of our movies of the year, in fact – though it was only extremely loosely connected to the original movie about a weird monster that popped up out of nowhere. It set up a cliffhanger, too. We were informed that a third movie would be coming along shortly – then known only as God Particle – and to everyone’s surprise, no sarcasm meant, the actual movie – The Cloverfield Paradox – was released onto Netflix straight after the Super Bowl. This, therefore, is our first-ever review of a Netflix Original (though we had toyed with reviewing the utterly dismal The Circle last year, which would have inched out The Emoji Movie as 2017’s worst) – and while it may well satisfy Cloverfield fans, it is fairly flawed.

It’s always hard to talk about these movies without straying into spoiler territory – so let’s keep it brief. Aboard the Cloverfield space station, a crew strives to find their way back to Earth after it appears they’ve wandered into another dimension. They’ve done this by accident, of course – as a result of trying to find a new way to help solve energy problems on terra firma. What transpires is a series of climactic moments loosely held together by various cliches – which, while perhaps satisfying in a way for those looking for solid or even vague answers regarding the Clover movies that have come before it, really doesn’t make for anything interesting in the way of new sci-fi. 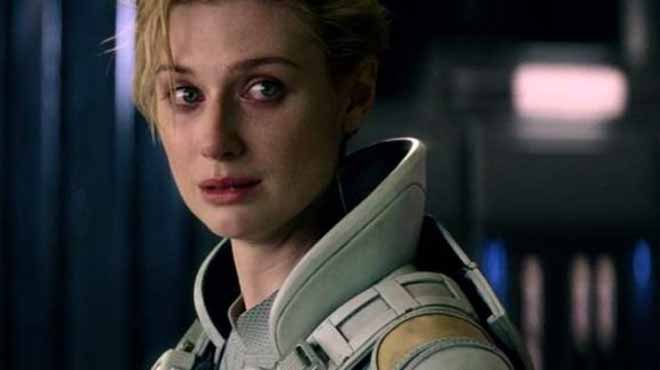 Cloverfield Paradox has plenty of answers, if you’re looking for them and if you’re paying attention. The movie ties itself nicely to the first two pictures while remaining its own entity and actually offers an interesting jump-off point for Cloverfield 4 (which will supposedly be heading to cinemas at some point) – the ending in particular will satisfy plenty of people while remaining fairly ambiguous, and there’s plenty of answers to be found hidden in the screenplay. This is a movie which perhaps only exists as a missing piece – while it doesn’t do everything fans of the franchise would have hoped for, it does enough while allowing plenty of intrigue to be retained – but the way it goes about things is completely and utterly alienating (pardon the pun) for just about everybody else.

Cloverfield Paradox attempts to ape the incredible intensity and brooding tension of 10 Cloverfield Lane and fails – simply thanks to the fact that it not only takes so long to go anywhere fast, but that it also struggles to actually entertain. This is a movie that could perhaps be described as the ‘How to Play Bridge Card’ of the franchise – it’s a set-piece that does its job, but is so thinly-stretched and uninspiring that you’ll watch it once as a companion piece to the first two movies and then never watch it again. There are fan movies – and fan explanations – that are better served and serviced than this, and while the movie certainly attempts to offer us classic sci-fi, it does absolutely nothing new. The characters are boring – the story is confusing – and while, yes, there are answers to the Cloverfield saga making their way out here, they’re not even that great. This feels like a Stephen King adaptation you’d find on a middling cable channel back in the late 90s – it’s not exactly gripping, and will likely become fodder for the likes of Mystery Science Theater 3000 (itself owned by Netflix) in the years to come.

I, personally, enjoy the Cloverfield franchise – I feel the original movie is dated and fairly over-rated, though it benefited from clever marketing. I enjoyed 10 Cloverfield Lane and companion piece Super 8 massively – which is why Cloverfield Paradox is all the more disappointing to me from a fan’s perspective. This is not great sci-fi – while the cast works hard, and while there are attempts to tie in the franchise as neatly as possible, what’s here just isn’t very good. A shame for a franchise that continues to surprise at least on the marketing level.

Are Michael Bay and Ryan Reynolds Secretly Working on a Movie Remake of This Classic 80s Cartoon?

Is Fifty Shades Freed the Worst Yet? Critics Think So

Are Super Bowl Ads Really Worth It? Apparently Not

Our 5 Best Movies Of The Year So Far