Vapers to Celebrate World Vape Day on May 30 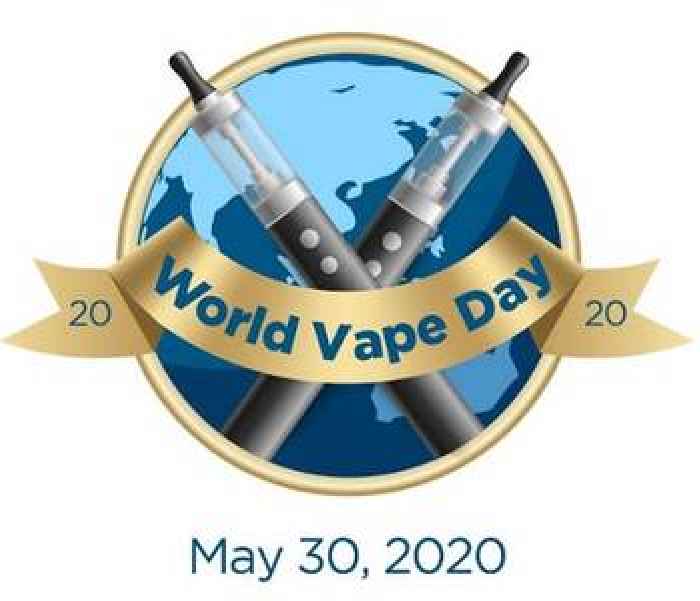 Vapers to Celebrate World Vape Day on May 30

Millions of e-cigarette users or vapers across the globe are celebrating World Vape Day on 30 May 2020, a day before World No Tobacco Day. World Vape Day aims to raise awareness on e-cigarettes or vapes and encourage smokers who are unable to quit on their own or with currently available smoking cessation tools to switch to safer nicotine products.
*World Vape Day*

"Safer nicotine products, such as e-cigarettes and heated tobacco products, are the most disruptive influence on smoking in decades. These are the innovations that have the potential to save millions of lives in the Asia Pacific region as well as globally," said *Nancy Loucas, Executive Director of the Coalition of Asia-Pacific Tobacco Harm Reduction Advocates (CAPHRA)*, one of the lead organizers of World Vape Day 2020. "These products have disrupted the standard of harm reduction in tobacco by giving the power back to the smokers to choose the option that works for them and allows them to have agency over their own and their loved ones health and wellbeing."

The number of vapers globally has been increasing rapidly from about seven million in 2011 to 41 million in 2018, according to Euromonitor International. The market research group estimates that the number of adult vapers worldwide will reach almost 55 million by 2021. In its 2018 independent evidence review, Public Health England (PHE) concluded that "*e-cigarettes are around 95% safer than combustible cigarettes*." Published in March 2020, the agency's latest report stated that, "Despite reductions in smoking prevalence, smoking remains the biggest single cause of preventable death and disease and a leading cause of health inequalities. So, alternative nicotine delivery devices that are less harmful could play a crucial role in reducing this health burden."

The harms associated with secondhand smoke from combustible cigarettes have been clearly established, but these do not apply to e-cigarettes and "*secondhand vapor*", according to *Peter Paul Dator, president of The Vapers Philippines*. "Unlike tobacco cigarettes, e-cigarettes do not burn organic matter at very high temperatures and therefore do not produce toxic fumes. The main components of the liquid used in e-cigarettes are propylene glycol and glycerin, accounting for 95% of the e-liquid. The remaining components are water, nicotine, and flavorings." Dator cited a study done by the California Department of Public Health that showed that emissions from e-cigarettes utilizing flavored nicotine e-liquid are no different from the air that we breathe walking down the street.

The use of alcohol, tobacco and other drugs (ATOD) is a common cause of many preventable deaths and diseases in Australia, according to *Stephanie Thuesen, Director of Stakeholder Engagement* at The Progressive Public Health Alliance. "Creating policy based on a harm reduction model will benefit the ATOD and mental health sectors exponentially. Therefore, we have recommended to the Australian government to legalize and regulate reduced-harm products in ATOD such as vaping and snus and invest in harm reduction measures, outreach services and rehabilitation centers."

Every day, 80,000 to 100,000 young people around the world become addicted to tobacco, according to the World Health Organization (WHO). If current trends continue, the WHO predicts that 250 million children and young people alive today will die from tobacco-related diseases.

"The right to harm reduction should extend to all users who currently use combustible tobacco, including youth who currently smoke. Nicotine dependence in youth develops rapidly and over 50% of those youth who smoke daily are already nicotine dependent," said *Asa Ace Saligupta* who runs the ENDS Cigarette Smoke Thailand consumer group. Saligupta notes that young people are allowed access to medicalized Nicotine Replacement Therapy (NRT), in some countries from the age of 12. "Not allowing the youth access to vaping is questionable. We believe that young people, under the age of 16 or 18, depending upon jurisdictional law, should have access to e-cigarettes as a smoking cessation tool with parental permission."

Concerns that vaping may appeal to youth or may serve as a '*gateway*' to smoking are inconsistent with the evidence, according to *Jagannath Sarangapani, Director of the Association of Vapers India (AVI)*. "E-cigarettes have been gateways out of smoking for millions and have been accompanied by declining youth smoking rates. Instead of banning them, governments should regulate e-cigarettes to maximize the benefits of low-risk alternatives while minimizing the likelihood they will be used by youth or non-smokers. Bans serve only to protect the cigarette industry."

The Coalition of Asia Pacific Tobacco Harm Reduction Advocates (CAPHRA) is an alliance of consumer organizations from Australia, Hong Kong, India, Indonesia, Malaysia, New Zealand, the Philippines, South Korea, Taiwan and Thailand that aims to educate, advocate and represent the right of adult alternative nicotine consumers to access and use of products that reduce harm from tobacco use.