The Cary Theater Seeks Screenplays & Short Films For BEYOND: The Cary Film Festival 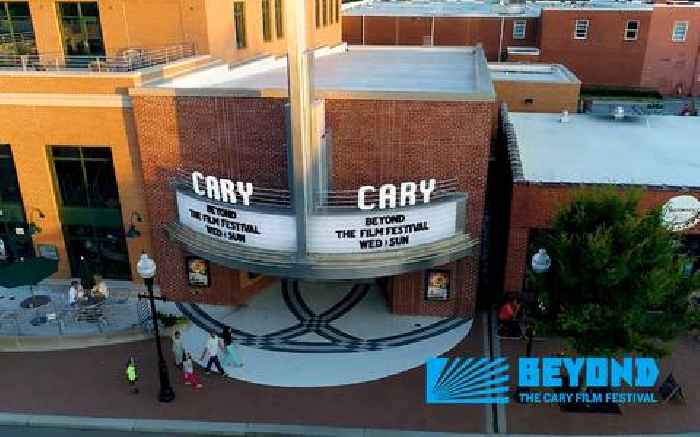 The Cary Theater Seeks Screenplays & Short Films For BEYOND: The Cary Film Festival

*CARY, NC / ACCESSWIRE / June 1, 2021 /* The Cary Theater today announced its final call for submissions of independently produced short films and screenplays to compete at the 4^th annual BEYOND: The Cary Film Festival. The festival is produced by the Cary Theater with short film blocks over four days as well as a screenwriting competition and filmmaking workshops.

"We're excited to present the Town of Cary's hometown film festival again this fall and look forward to receiving a wide range of short film and screenplay submissions across all genres," said Robbie Stone, arts program and operations coordinator for the Town of Cary, and the festival's producer. "BEYOND is an opportunity to share Cary's Southern hospitality while presenting unique short films and exploring foundational aspects of the filmmaking process with creative workshops and networking opportunities."

Films and screenplays can be submitted online at https://filmfreeway.com/BEYONDTheFilmFestival.

The 2021 festival will host written screenplay and short film competitions (works under 30 minutes) open to all genres with categories that include animation, documentary, foreign, narrative, women's, Black and LGBTQ focus.

"We're thrilled to provide cinema lovers with another year of exciting programming. Audiences can look forward to lively discussions with filmmakers about many topics, including our festival focus on screenwriting," said Stone.

Last year, the festival also presented its inaugural Beyond Ordinary Award to Josh Tickell and Rebecca Harrell Tickell, honoring their acclaimed body of work and activism, including current Netflix documentary "Kiss The Ground," narrated by Woody Harrelson. Festival details are available at www.beyondthefilmfestival.com.

*About BEYOND: The Cary Film Festival*

Hosted by the Town of Cary, N.C., BEYOND offers the sweetest Southern hospitality for creatives to celebrate short films and screenplays. The festival features stimulating workshops taught by professional screenwriters with an engaged community passionate about unique films. In the first three years, BEYOND welcomed writers responsible for: "Batman Forever," "Pompeii," "Encino Man," "Drumline," "Kiss The Ground," and more. The festival takes place in the heart of North Carolina with all activities occurring within walking distance of the historic Cary Theater.

Located at 122 E. Chatham St., the Cary Theater is an art house for cinema and live performances. Originally constructed in 1946 to serve as the town's first indoor cinema, the theater was meticulously restored in 2014 to create a vibrant space downtown for independent film, live music, comedy and improv, and other live events. The theater is owned by the Town of Cary and operated by the Department of Parks, Recreation and Cultural Resources. http://www.thecarytheater.com