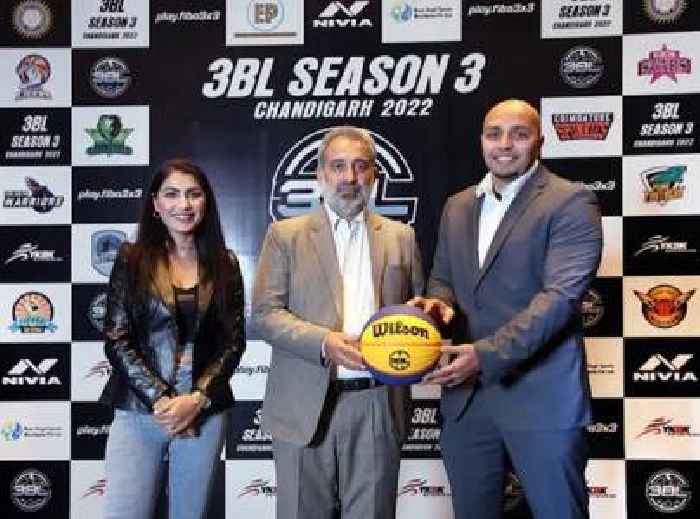 · With its '*#RoadToOlympics*' tagline, 3BL aims to support BFI's vision of Indian 3x3 National Teams qualifying to the Olympics.

· 3BL will provide valuable income and international exposure to players, besides an opportunity to gain crucial FIBA 3x3 ranking points.

"BFI granted the exclusive rights to 3BL in order to promote 3x3 Professional Basketball in India. 3BL will provide additional income and additional exposure to many Indian Basketball athletes." *Mr. Sharma* said. "3BL will act as a feeder system for our national teams, especially those that will be participating at the 3x3 events at next year's Commonwealth Games."

"We are extremely grateful to BFI for granting exclusive rights to promote 3x3 Professional Basketball in India." *Mr. Bakshi* said. "3BL is committed to providing a valuable source of income to players, besides exposure to play alongside and against international talents. In addition to BFI's national recognition, 3BL is also exclusively recognized by the international federation (FIBA), which provides multiple unique benefits for many Indian Basketball players."

Indian Basketball players that participate in 3BL ensures all our players to gain high FIBA 3x3 ranking points. This raises the overall FIBA ranking of the BFI, thereby increasing India's qualification chances for the Olympics. Moreover, top ranked 3BL teams also get the chance to participate in FIBA 3x3 International Championships, which will raise the profile of India's basketball players.

Thanks to BFI's recognition, 3BL becomes a key fixture in India's national basketball calendar that currently includes National Championships across age groups, as well as the Federation Cup for top club teams. Participation in 3BL will help maintain the playing fitness of India's national team members and therefore translate to improved performances while representing the country in FIBA's premier international events.

As in the previous season, there will be 18 franchises (12 Men & 6 Women) vying for the Champions in 3BL Season 3. The rosters for all teams will be announced after an player draft ceremony.

Two Seasons of the Men's League and one season of the Women's League has been held so far.

*About Basketball Federation of India (BFI)*

The Basketball Federation of India or BFI is the governing and controlling body of basketball in India, and is responsible for the development and promotion of the sport at all levels. BFI has been involved in conducting camps, clinics, events, and training sessions at its academies for the development of basketball. BFI came into being in 1935 and took complete control over Indian basketball in 1950. Prior to that time, the Indian Olympic Association handled the conduct of Indian basketball championships. Since 1950, the BFI has been conducting various such championships, from the grassroots to senior team participation in international tournaments. In addition, the BFI has been responsible for the establishment of strong sub-junior and junior level programs. The BFI has to its credit produced several international players of repute, among them 19 have been bestowed with the honour of Arjuna Awards, and two have been conferred the Padma Shri.

3BL is the only exclusive provider for an opportunity to compete at FIBA 3x3's international circuit such as Challengers and World Tours from the Indian Sub-continent directly.

Founded by Mr. Yoshiya Kato (Chairman, 3BL) and Mr. Rohit Bakshi (League Commissioner, 3BL) in 2017, YKBK has a clear vision to grow and promote 3x3 culture and its potential throughout the Indian Sub-continent and South East Asia by organizing a Professional Circuit, Grassroots Programs and build indoor 3x3 basketball facilities for the betterment of existing and upcoming players.

Akin to the T20 version of cricket, 3x3 basketball is one of the fastest growing urban sports in the world. It is also played widely in Indian schools and colleges, as well as in casual neighbourhood *'pick-up*' games.

3x3 Basketball is the fastest and shortest format of basketball in the world. All you need is one hoop, a half-court and six players. Games can be staged outdoor and indoor in iconic locations to bring basketball directly to the people. It's a 10-minute game. Highest score in 10 minutes or first team to score 21 points wins. 3x3 is not only FIBA's second official discipline but will be played at the Tokyo 2021 Olympics, the Commonwealth Games - Birmingham 2022 and at the Paris 2024 Olympics.