Started From The Bottom To The Top: Dani Stephenson from Intern to Creating Music for Marvel's Blockbuster film Eternals 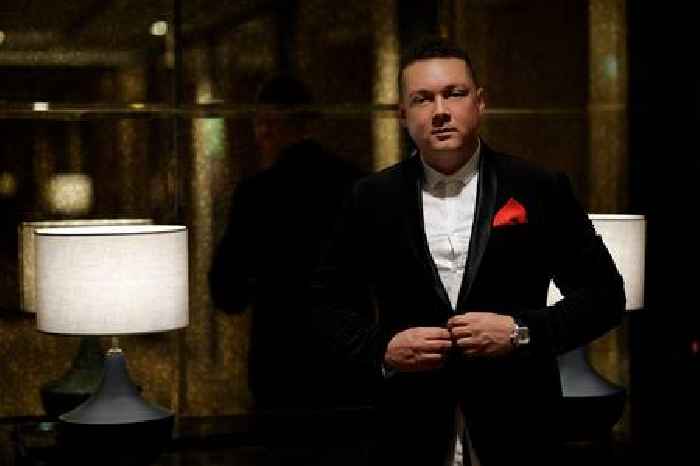 Started From The Bottom To The Top: Dani Stephenson from Intern to Creating Music for Marvel's Blockbuster film Eternals

*ENGLAND, UK / ACCESSWIRE / January 20, 2022 /* The ability to inspire is one of the single most important leadership skills that separates great leaders from average ones. While there are plenty of admirable CEOs, there are only a handful of leaders who are able to infuse innovation, energy, passion, empathy, and implementation into their actions and behaviours. Success diﬀers for each individual, but the journey is often the same: hard work, perseverance, consistency, determination, resilience, innovation, and so much more. Although it sounds pretty overwhelming, this was the way for Daniel Stephenson, better known as Dani, a celebrated entrepreneur, entertainment executive, and philanthropist who consistently showcases those qualities. Stephenson has solidiﬁed his name in the music and entertainment industry as a leader in his ﬁeld through undeniable talent, grit, and tenacity.

Almost every successful business began as a startup that truly "started from the bottom" like Apple, Google, Starbucks, you name it. Dani is no exception, who comes from humble beginnings, being raised by a single mother on a council estate in Essex, London. His passion for music and ﬁlm has always been apparent single a child, which was the catalyst that sparked his journey as a creative. Dani's adventure began as a producer- songwriter under the alias Pyramids In Paris, whilst studying music production and artist development at Christ Church University and DJ Technology, Music Law, Media and Publishing at Open College Network. His ﬁrst work placement as an intern was at AHBS Community Radio, where he worked as an assistant audio producer for the Ashford Hospital radio shows. He then proceeded to Asylum SFX Studios, a special eﬀects company that worked on several hit ﬁlms and adverts like Honey, I Shrunk the Kids where he gained important experience in the world of ﬁlm and television. During his time there, Dani worked as a runner on the set of blockbuster ﬁlm The Mummy Returns at Shepperton Studios, London. Subsequently, he went on to intern at BBC World Service as an assistant audio producer for the African and Asian news broadcasts at Bush House, before rounding oﬀ his stint at BBC Introducing.

Following a lifelong passion for music, Dani released his debut single Main Attraction featuring DJ David Zowie and Esty Leone, back in 2015. He was also one of the masterminds behind the Billboard Top #10 hit single The Mack, by Nevada featuring Mark Morrison and Fetty Wap, which charted at #9 in Australia, #14 in UK, #5 in Belgium, #33 in Germany and #14 in Ireland in the oﬃcial music charts. The Mack has sold over 2 million singles globally, whilst being streamed over 500 million times world-wide. Dani also co-wrote on Don Diablo's Give It All featuring Kelis and Alex Clare, Marc Anthony's "Esta Rico" featuring Will Smith, Bad Bunny, and many more. From then on, it was only hit after hit.

As a marketing consultant Dani has worked on successful campaigns for many top artists like Diddy Dirty Money via Bad Boy Records in 2010, whose award winning album "The last Train to Paris" grew into a global success. Big Sean's platinum single "Marvin & Chardonnay" featuring Kanye West and Roscoe Dash which featured on the Finally Famous album released in 2011 via Def Jam, and chart topping single MANN feat 50 cent "Buzzing" and MANN feat T-Pain "Get it Girl" in 2012 via Def Jam.

As a management consultant Dani connected with superstar DJ-producer Don Diablo and consulted on many singles like Survive featuring Emeli Sande and Gucci Mane, M1 Stinger featuring Noonie Bao, Give It All featuring Kelis and Alex Clare and Lights Out Hit featuring Angela Hunte. He also worked on DJ Antoine's hit album "We Are the Party" in 2014, which reached #1 in Switzerland, #4 in Austria and #6 in Germany. In 2016 he consulted on Nick Carter's album "All American" which peaked at #27 in Japan and #99 in Canada's oﬃcial charts.

Under Dani's management, Nana Rogues has established himself as one of the hottest producers in the world. Nana produced the ﬁrst ever UK trap-drill hit for Section Boyz called Trappin Ain't Dead which was remixed by Rita Ora who performed the song on MOBO awards. In 2016 Nana then went on to produce the x2 Platinum selling, Brit Award winning single for Tinie Tempah called "Girls Like" featuring Zara Larsson. The song reached Top #5 in the UK and Top #10 in the oﬃcial charts across 18 countries worldwide selling over 3 million singles globally. Nana Rogues found his niche working with Dani Stephenson. The following year Nana produced two records on Drake's award winning album More Life, called Skepta Interlude featuring Skepta and worldwide hit single Passionfruit which has sold over 5 million singles to date whilst being voted the 28th most inﬂuential single in the world by Variety Magazine.

In 2018 Dani expanded his record label operations by signing an exclusive joint venture with Virgin EMI for his label Straight Forward Recordings where he was appointed as President of the fast-rising indie sub-label. Dani said he aims to fuse "the passion, ethics, hustle, and entrepreneurship of an indie, with the might of a major label to elevate artists globally."

Later that year Dani and Nana's partnership elevated to new heights when he co-wrote on Drake's record breaking Grammy nominated single Don't Matter To Me featuring Michael Jackson which destroyed the single-day streaming record on Apple Music and Spotify, with Drake's ﬁfth Grammy nominated album "Scorpion" pulling in more than 170 million streams on Spotify. "Scorpion" pulled in over 132 million streams in its ﬁrst 24 hours, totalling over 302 Million streams; at the time it held both the US and global streaming record and became the largest single-day streaming total for any album on any streaming service. To top of an end to a very successful year he also produced "Good Bad" which featured on Ella Mai's Grammy nominated album called "Ella Mai".

Furthermore, Dani and Nana Rogues worked on the number #1 charting album by KSI called ‘All Over The Place' on the hit single ‘Number 2' which features rap sensations Future and 21 Savage. Nana also co-produced "We're All Alone" on Dave's number #1 chart topping album "We're All Alone In This Together" landing two number one albums two weeks running.

Dani's most recent endeavour was to step into the Marvel universe and compose music for the much-anticipated Marvel Studios ﬁlm Eternals. The blockbuster is a 2021 superhero ﬁlm based on Marvel Comics; the movie follows the Eternals, an immortal alien race, emerging from hiding after thousands of years to protect Earth from its evil counterparts, the Deviants. Dani co-produced and executive produced the Eternals title track called "Nach Mera Hero" (or "Dance My Hero" in English) with Grammy nominated Nana Rogues, Aaron Ferrucci and TJ.

The song is performed by Mugal Group's rising star Celina Sharma; it's the only original track featured in the Eternals ﬁlm score and soundtrack. The Eternals became a box oﬃce success in its opening week, charting as the No. 1 ﬁlm in the world while accumulating $161.7 million in sales globally. The ﬁlm showcases an all-star cast featuring Angelina Jolie, Lauren Ridloﬀ, Don Lee, Kumail Nanjiani, Barry Keoghan, Kit Harington, Brian Tyree Henry, Lia McHugh, Gemma Chan, Richard Madden, Harry Styles and Salma Hayek which was released on the 5th November 2021. The iconic ﬁlm has been directed by Chloe Zhao who is the writer, director, and editor of the Oscar award winning ﬁlm Nomadland.

Speaking on his recent achievement, Dani said, "I'm extremely honoured and privileged for the opportunity to work on the Eternals with the Marvel and Disney team; it's been a great experience. Very grateful to everyone involved that played an equal part in bringing this project to life."