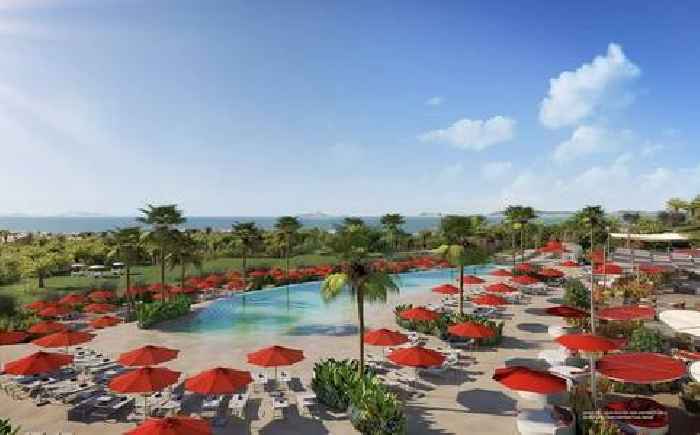 HONG KONG, June 24, 2022 /PRNewswire/ -- While the domestic tourism industry continues to feel the effects of COVID, *Fosun Tourism Group* ("Fosun Tourism" or the "Group", HKEX stock code: 1992), is regaining, and accelerating corporate growth by capitalizing on the strong rebound of global business and steady uninterrupted deployment. In April this year, the Group announced the turnaround of its business in the first quarter of 2022. Since then, international brands including Club Med, Thomas Cook and Casa Cook, all under Fosun Tourism, have actively seized on opportunities created by the recovery of the global tourism industry and have achieved significant progress.Club Med Marbella

Club Med is leading the recovery of the global leisure and vacation industry. Following a five-fold year-on-year growth in business volume in the first quarter of this year, and a sharp turnaround in net profit. Fosun Tourism announced as of 16 April that the cumulative bookings for Club Med for the second half of 2022 have already exceeded that of the same period in 2019 (prior to the pandemic) by 3%. The two major regional markets in EMEA and the Americas have also outperformed the industry. With regard to business expansion, Club Med opened La Rosière Resort in France and the Quebec Charlevoix in 2021. The latter has even filled the gap in the North American snow resort market. Club Med will also open Kiroro, its third resort in Hokkaido, by the coming snow season. The opening of these resorts has not only fortified leadership in the ice and snow sector, but also symbolizes expeditious expansion of its global ice and snow resort business footprint. In Spain, Club Med Magna Marbella Resort commenced operation in May of this year.

In addition to operating performance, the easing of COVID prevention measures is also worth anticipating, leading to more Club Med resorts resuming operations in 2022. In March 2022, after two years of closure, Club Med Bintan and Phuket welcomed their first group of guests since the pandemic. The opening of Cherating Beach Resort, Malaysia on 1 April, also began to receive tourists from around the world. Club Med Bali has also resumed operations, which marked the last resort to re-open in the Asia-Pacific region. Simultaneously, Australia, Japan and South Korea, which represent the dominant origin of customers for resorts, have relaxed their travel regulations, thus instilling greater confidence in the Group's 2022 performance.

Outside Club Med, global businesses Thomas Cook and Casa Cook under the Group, have also achieved positive progress. In the first quarter of this year, UK business volume of Thomas Cook, the century-old travel agency brand, achieved an eight-fold year-on-year growth. The brand broke ground in the Netherlands in March and on top of its original partnerships, it expanded the European business by adopting digital business models through the use of websites and apps. Casa Cook, an award-winning lifestyle global hotel brand, also accelerated its expansion in Europe. The Casa Cook Samos, Greece opened this May, and received the "Hotel Design Award 2022", hosted by PKF Hospitality Group, within the first month. In addition, a brand new hotel operated by the brand in Greece's tourist island Mykonos, will officially open in June this year.

Similar to the overseas operations, resorts such as Club Med Changbaishan and Club Med Joyview Qiandao Lake have opened this year. Among them, Club Med Qiandao Lake commenced trial operation on 15 June. It achieved a GMV (gross merchandise value) of RMB10 million within four hours after the pre-sale began on 11 May, and its GMV exceeded RMB40 million in 15 days after sales started. Meanwhile, owing to the effective implementation of a value upgrade strategy, the average daily bed rate of Club Med resorts has continued to rise, achieving 19.5% growth in the first quarter of this year versus 2019. Greater capacity and higher premium will present Club Med with promising development prospects after the pandemic. As summer vacations approach, the tourism products of Fosun Tourism, such as Atlantis, will usher in the peak season of bookings.

*Mr. Qian Jiannong, Chairman and CEO of Fosun Tourism Group,* said, "As increasingly more countries around the world have lifted travel restrictions, Fosun Tourism's global presence will continue to serve as an advantage and point of distinction, driving a strong recovery of the Company's business performance going forward. In China, different regions have taken various initiatives to drive a rebound in the tourism industry. Fosun Tourism is also preparing for an upturn in tourism, now that its businesses have resumed operations. It will continue to leverage the advantages of global presence and competitive products to grasp growth momentum in different regions, and take the lead in developing the global tourism industry."

Fosun Tourism Group is one of the leading leisure-focused integrated tourism groups worldwide. It was listed on the Main Board of the Hong Kong Stock Exchange in December 2018. In terms of revenue in 2019, it was the largest leisure tourism resorts group worldwide*. Currently, the Group operates three main businesses including resorts and hotels, tourist destinations, and services and solutions, across various tourism and leisure settings. Within its resorts and hotels business, the Group has sales and marketing operations in more than 40 countries and regions across six continents, and operates over 60 resorts. It also manages and operates Casa Cook and Cook's Club hotels under a light-assets model. As for the tourism destinations segment, the Group develops and owns Sanya Atlantis and its own brand "FOLIDAY Town". It is currently building Lijiang Foliday Town and Taicang Foliday Town. The Group owns Thomas Cook, the world's oldest travel agency brand, and operates the online "Thomas Cook Lifestyle Platform" in China and an Online Travel Agency in the UK, forming an open internet platform based on vacation and lifestyle products.

Advocating the lifestyle of "Everyday is a FOLIDAY", Fosun Tourism is committed to integrating tourism and leisure concepts into everyday life, and provides customers with tailor-made one-stop solutions through the FOLIDAY global ecosystem.