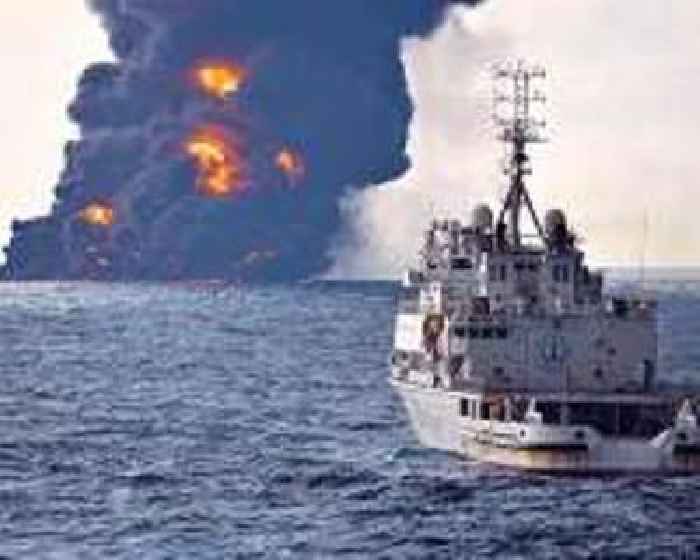 Two crew members of an oil tanker managed by a prominent Israeli businessman's company were killed in an attack off Oman, the vessel's London-based operator said Friday, with Israel blaming Iran. Tehran is "sowing violence and destruction," an Israeli official said. The Islamic Republic "is not only Israel's problem, but it is the world's problem. Its behaviour threatens the freedom of n

The U.S. Navy said Saturday two American warships were escorting an Israeli-operated oil tanker to a safe port after it was..

Iran has been blamed by Israel for an attack on an oil tanker that killed two crew members, a British national and a Romanian..