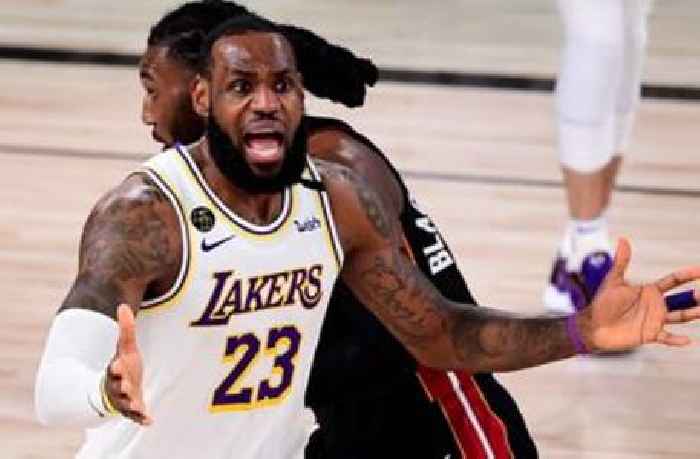 Jimmy Butler had a career game last night to keep the series interesting against LeBron James and the Los Angeles Lakers. With Bam Adebayo and Goran Dragic both out due to injury, Butler had a 40-point triple-double in Miami’s 115-to-104 win. LeBron and Anthony Davis only combined for 40 points. After icing the game, Butler could be heard yelling 'they’re in trouble' as he walked to the bench. Butler became the first player to have more points, rebounds and assists than LeBron in a Finals game. Hear what Skip Bayless and Shannon Sharpe have to say about Game 3 of the NBA Finals.

A lot of people in NBA circles continue to point to the bubble as a reason LA’s latest ring isn’t legit. But on Friday, Miami..

Colin Cowherd reacts to Lakers winning NBA Title: 'Nobody has changed the league like LeBron' | THE HERD

Colin Cowherd reacts to Lakers winning NBA Title: ‘Nobody has changed the league like LeBron’ | THE HERD

Danny Green of the Los Angeles Lakers arrives to the arena before Game Six of the NBA Finals against the Miami Heat on October 11,..

Tyler Herro discusses having to face elimination on Friday