Shannon Sharpe: An injured LeBron can still lead the Lakers to the Finals | UNDISPUTED 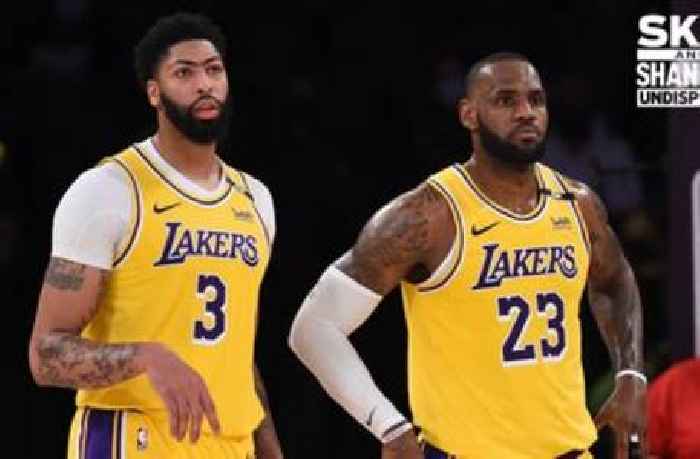 Shannon Sharpe: An injured LeBron can still lead the Lakers to the Finals | UNDISPUTED

LeBron James and the Los Angeles Lakers are officially in the playoff field after their win in the play-in game against the Golden State Warriors but if they are going to win their second straight title, LeBron’s ankle is going to need to hold up. LeBron said after the game on Wednesday that his ankle is good but ESPN reported that we need to be concerned about LeBron as he’s playing on one leg. The King won’t get any sympathy from the rest of the league as the Brooklyn Nets Big 3 is looking to bring a ring back to Brooklyn while the Los Angeles Clippers appear to be the biggest challengers in the West. Hear who Shannon Sharpe believes will reach the NBA Finals.

The Phoenix Suns beat the Los Angeles Lakers last night, evening the series at 2-2 and taking back home court advantage. However,..

Shannon Sharpe: I expect greatness from LeBron and Anthony Davis in Game 2 against the Suns | UNDISPUTED

LeBron James and the Los Angeles Lakers are back in action tonight as they hope to avoid falling down 0-2 to the Phoenix Suns. Both..

Chris Broussard: The Lakers are more vulnerable than we expected | UNDISPUTED