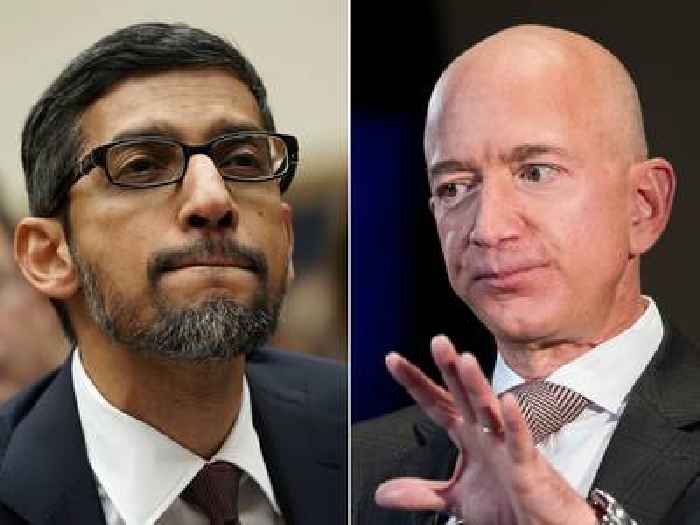 · Amazon, Google, Twitter, and other major tech companies are criticizing Trump's move to halt certain immigration visas.
· The companies said it will make American firms less competitive and less diverse.
· In an order Monday, Trump extended a freeze on H-1B and other work visas, with officials arguing it would prevent...

Big Tech salaries revealed: How much Apple, Tesla, Amazon, and 10 other tech giants really pay their workers, from engineers to salespeople

· *Business Insider has analyzed salary data for thousands of workers to reveal how much big tech companies really..

Reddit, YouTube, and Twitch are taking major steps to crack down on hate speech from pro-Trump and far-right groups (GOOG, GOOGL, AMZN, FB)

130 CIOs surveyed by JPMorgan say that nearly half of their cloud dollars are going to Microsoft, and they expect usage of AWS to drop slightly within the next three years (MSFT, AMZN)

The 6 biggest US banks granted over 5,000 H-1B visas last year. Here's how firms like Goldman Sachs and Wells Fargo are reacting to Trump's shutdown.

· President US Donald Trump suspended a variety of visa programs, one of which big banks use for hiring, particularly on tech..

Trump blames the coronavirus pandemic for the latest freeze on immigrant work visas. Immigration attorneys say the ban is just another step towards long-term, restrictive policies.

Microsoft president Brad Smith slams Trump's order suspending work visas: 'Now is not the time to cut our nation off from the world's talent' (MSFT)