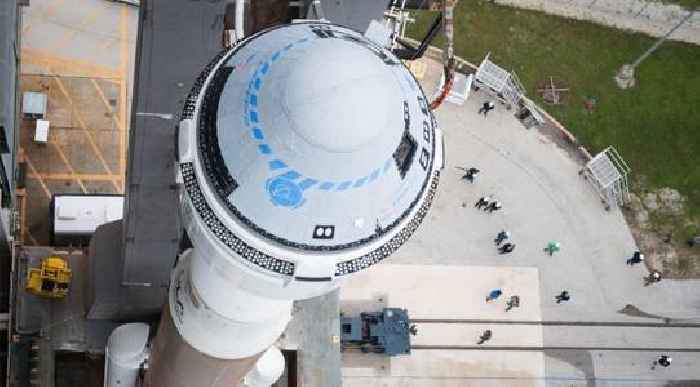 A United Launch Alliance Atlas V rocket with Boeing’s CST-100 Starliner spacecraft onboard is seen as it is rollout out of the Vertical Integration Facility to the launch pad at Space Launch Complex 41 ahead of the Orbital Flight Test mission, Wednesday, Dec. 18, 2019 at Cape Canaveral Air Force Station in Florida. The Orbital Flight Test with be Starliner’s maiden mission to the International Space Station for NASA's Commercial Crew Program. The mission, currently targeted for a 6:26 a.m. EST launch on Dec. 20, will serve as an end-to-end test of the system's capabilities. Photo Credit: (NASA/Joel Kowsky)

Starliner will go back to Boeing's factory for "deeper-level troubleshooting," and that means a delay of at least several months. Depending on the root cause of the hardware failure, it could be much longer.

Boeing announced Friday that it has to send its troubled CST-100 Starliner capsule to a..

Houston, We Have a Problem: Boeing Starliner Goes Back to Factory