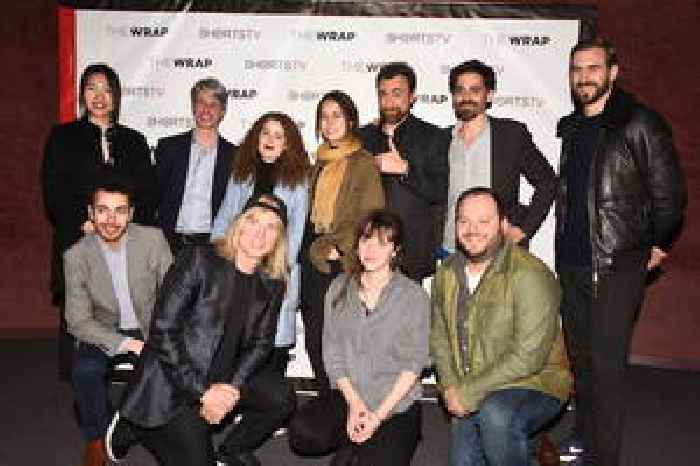 As with every year, the 2020 nominees for the Oscars’ short film categories cover a wide range of topics, but as their creators noted at TheWrap and ShortsTV’s showcase, they are all connected by how they drew their inspiration from real-life encounters.

TheWrap awards editor Steve Pond spoke on Monday with directors and producers of the five nominated films in the Best Live Action Short category, as well as Siqi Song, director of the Best Animated Short nominee “Sister.” Song’s stop-motion animated film tells the story of a boy sharing memories of living with his younger sister…though it comes with a rug-pull twist rooted in Song’s personal connection to China’s one-child policy.

“I was born and raised in China, and I was a younger sibling to an older brother,” Song said. “My parents told me that it was against the law to have more than one child and I noticed that the other kids I knew were only child, so I wanted to make a movie about my generation and about all the siblings that were never born because of the law.”

A lighter childhood memory was part of the inspiration for French filmmaker Yves Piat when making the comedy “Nefta Football Club,” which follows two Tunisian children who discover a wandering donkey carrying several pounds of cocaine. From this seemingly tense situation comes a surprisingly funny comedy of errors. Piat remembers that when he was 14, he and his friend found their own stash of cocaine and dumped it in the river. He took that memory and built on it, adding other stories he read to create gags like a donkey trained to travel alone when listening to Adele.

“I read somewhere about a donkey that had a Pavlovian instinct to walk when he heard a whistle,” he said. “and from there I thought it would be funny to have this situation where a donkey loses his way because they gave it the wrong kind of signal.”

Tunisia was also the setting for Meryam Joobeur’s “Brotherhood,” which shows a family of shepherds and the tension between them when the firstborn son returns home after a year in Syria with a wife wearing a full niqab. Shocked by the sudden return and the wife’s quiet nature, the father begins to suspect that his son has been fighting for ISIS during his time away.

“I was driving through Tunisia a few years ago and came across these two red-headed shepherds. I asked them if I could take a picture of them and they said no,” Joobeur recalled.

“I spent the next two years thinking about them, and eventually I went back and searched through an entire village for them. Finally I found them and told them they said no to a photo but asked if they would say yes to a script. This time, they said yes.”

Other filmmakers got their inspiration from the personal stories of others, as was the case for Marshall Curry when making “The Neighbors’ Window.” This is Curry’s fourth Oscar nomination, but his first for a scripted work. He received two Best Documentary Feature nominations for “Street Fight,” a 2005 doc about future U.S. senator Cory Booker’s mayoral campaign against an incumbent with a powerful political machine, and 2011’s “If a Tree Falls” doc about the Earth Liberation Front. Jumping to the short format, he earned his third nom for the Trump-era 2017 doc “A Night at the Garden,” which depicted restored archival footage of a sold-out 1939 Nazi rally in Madison Square Garden.

*Also Read:* 3 Reasons Why 'Parasite' Really Could Win Best Picture - And 1 Reason Why It Can't

For his first scripted narrative, Curry created a story about a couple in their forties with three children who begin rethinking their life choices after seeing a younger and seemingly happier couple through the window of another apartment across the street.

Two other shorts were ripped from the headlines. Several months ago, Delphine Girard was inspired to pick up her camera after hearing a news story about a 911 call from a woman who is pretending to call her sister but was really trying to speak to the police in code. Such a secret exchange became the basis for her thriller “Une Soeur” — or “A Sister” in English — which shows such an exchange as a Belgian emergency dispatcher tries to locate a woman being driven down an unknown road by her rapist.

“For me, it’s about sisterhood and empathy, and that’s what stayed with me about that story,” Girard said. “So I took that core theme and then focused on making my own characters going through that situation, trying to understand their backstory and their emotions as I was writing the script. It was through that process that it went from being a true story to being my own work of fiction.”

The darkest of the nominated shorts is “Saria,” which is based on the true story of the death of 41 Guatemalan girls in an abusive orphanage in 2017. Director Bryan Buckley discovered the story of the fire that killed the orphans while reading the news on his phone and was so moved by the injustice of their death that he traveled to Guatemala to film the movie with actual orphans from the local area.

“The best part of making a short is…there’s no way to make a lot of money from it,” Buckley quipped. “It’s not a business… and creatively that’s freeing because the focus is just on what the film needs for the story and its message. When you get into features, they start talking about analytics and the stars and what the audience wants, but with short films it’s about the message and it’s such a purer process.”

All 15 nominated Oscar shorts in the live-action, animation, and documentary categories will be screened in select theaters nationwide by Shorts.TV and Magnolia Pictures starting on January 31. Click here to find a list of participating cinemas.

As has been the case for the last few years, the 2020 Oscar nominees in the Best Documentary Short category are a remarkable bunch,..

The Oscars Homestretch: ‘1917’ Is on Top as Voting Begins