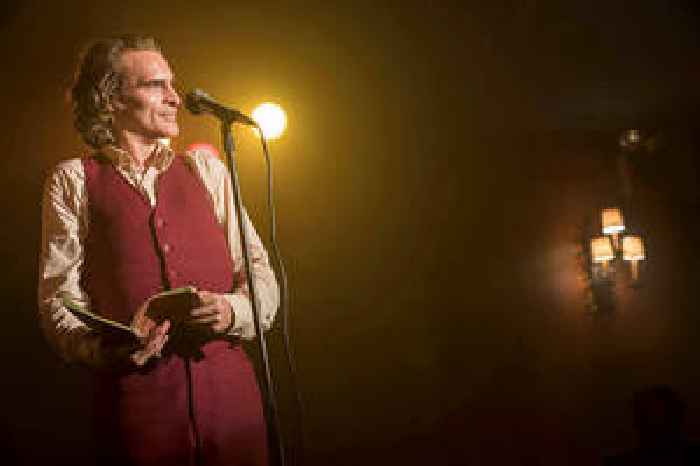 Director Todd Phillips’ gritty art-house rumination on arguably the most iconic villain in comics history pirouetted its way into theaters last October and into a debate about the film’s violence and themes.

“Joker” was a polarizing film from the moment critics, journalists and the film community saw it during the Venice International Film Festival, where it received a standing ovation and the top award, the Golden Lion, but also scathing criticism as concerns were raised about the possibility the film could stoke real-world violence. That was months before the rest of the world would get a chance to gauge for itself and, by then, authorities in some cities around the country had stepped up police patrols around theaters.

It didn’t take long after hitting theaters for “Joker” to maniacally laugh all the way to the bank; setting an October record for the biggest box office opening, it eventually made more than $1 billion worldwide and garnered 11 Oscar nominations.

One could say “Joker” now sits as the premier example of art winning out. But looking back, as the filmmakers and Warner Bros. — the studio behind the film — defended it against the barrage of criticism, who would have bet this art-house character study of one of the most infamous figures in all of comics would have reached this level of acclaim?

“‘Joker’s’ road to the Oscars was an unexpected one, and the eventual mass acceptance was maybe even more unexpected,” Paul Dergarabedian, senior media analyst at ComScore, told TheWrap.

The film’s dark, depressing and violent moments are at times hard to watch. They plunge audiences into the world of a loner, rejected by society, someone who fits the profile we hear trotted out far too often in the aftermath of a mass shooting tragedy. But the film is also complicated, beautiful, riveting and one of the most talked about of 2019 and closely watched of the 2020 Oscar season.

This 2019 iteration of the Joker makes for what might be the most unlikely blockbuster in recent memory. The film has grossed more than $1 billion at the global box office despite its early biting criticism:

“The Real Threat of ‘Joker’ is Hiding in Plain Sight”

“Is ‘Joker’ a Dangerous Movie? Our Critics Have it Out”

“Why I Won’t be Seeing the New ‘Joker’ Movie”

That’s only a spattering of the headlines that met “Joker” at the box office for its opening weekend, reigniting memories of the 2012 mass shooting in Aurora, Colo., during a midnight screening of “The Dark Knight Rises.”

The families of victims of the Aurora shooting sent a letter to Warner Bros. ahead of ‘Joker’s’ release voicing their concerns. Even the U.S. Army warned of potential threats of violence related to the film’s release.

None of the critiques or concerns bore out. In fact, the film went on to gross more than any other R-rated film before it.

*Also Read:* Why 'Joker' Has Outperformed All Other R-Rated Films at the Box Office

“[Writers] Scott Silver and Todd Phillips, you tricked us,” star, and Oscar nominee Joaquin Phoenix said at the Critic’s Choice Awards, as he accepted the award for best actor. “You took a comic book character and used it to talk about childhood trauma and gun violence, isolation and mental health; and instead of inciting violence, you invited the audience in to see what it feels like when you’re one of the forgotten, and I deeply appreciate that.”

Were critics wrong? Did the media misinterpret audiences’ possible response and overreact?

“Advance media coverage of the film and its so-called ‘danger’ was mired in cardboard sociological stereotypes that have haunted discussion of cinema for generations,” said Stephen Prince, a professor at Virginia Tech’s school of performing arts. “American society is indeed prone to violence and mass shootings, but the causes of this, to the extent that they can be reliably identified, lie in factors that go well beyond the movies, which, in comparison, exert only a slight influence, if any at all.”

To be sure, that is the role of critics and media charged with being, in many respects, the arbiters of what is valuable while asking questions about the world’s moral and ethical obligations. Critics, whether they be film, music, literature, or culture at large, serve an important role in sparking and leading discussions relating to pop culture, according to UCLA dean of social sciences Darnell Hunt.

*Also Read:* What Is 'Joker' Trying to Say About Poverty and Mental Illness? (Podcast)

“Art and popular art, like film and TV influence the way we make sense of our relation to the rest of society,” Hunt told TheWrap. “Film critics, like many critics, serve an important function. They’re part of the atmosphere that I consider culture.”

To say that critics or the media were “wrong” in their judgment of “Joker” is perhaps to miss the point of criticism altogether. An important question was asked and a vital conversation was had.

Phoenix appears to have the race for best actor all but locked up. He won the Golden Globe, the Screen Actors Guild award, and the Critics’ Choice award. There’s also the possibility that “Joker,” which received more nominations than any film this year, could completely clean up during the ceremony, including winning best picture or best director for Phillips.

Awarding a film already surrounded by questions and criticism as one of the year’s best films would likely only increase the debate about what the film says about society and how we relate to such a film.

“People will be trying to figure out what the cultural importance of that film is for years, maybe longer,” Hunt said. “We know it’s popular, but we don’t know why it’s popular. We don’t know, for example, if the big take away was that this film reaffirmed for audiences the pervasive nature of gun violence in our society, and be the opposite of what critics bemoaned the film for.”

Prince said that audiences connected so strongly to the film for many of the reasons Phoenix addressed in his Critics Choice acceptance speech.

The film, Prince said, provided “a striking and vivid portrait of alienation and disaffection — an emotional and psychological predicament that seems now to be an enduring part of the zeitgeist.”

“The film spoke to its audience in emotional terms that seemed true and deeply connected to present reality and did so using very popular narrative formulas,” Prince continued. “It’s good to see a movie strike a strongly resonant chord with audiences — it reaffirms the importance of cinema as a medium of art and expression and not just as a money-making machine.”

Sorry, 'Joker' Fans: No Sequel Talks Yet or Deal With Director Todd Phillips

The last decade showed how social media could topple governments and make social change — and it's only getting crazier from here (FB, TWTR, GOOG)

· The Arab Spring kicked off a decade in which technology and social media would play a key role in powering social movements and..

· "Joker" cinematographer Lawrence Sher, who was nominated for an Oscar on Monday for best cinematography, talked to Business..