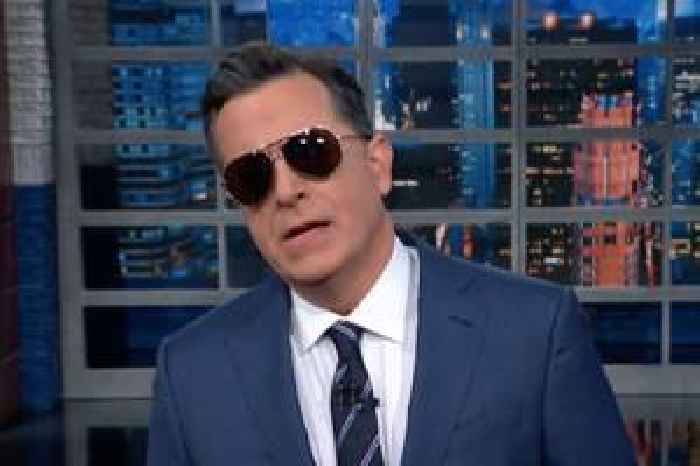 Stephen Colbert did his “Late Show” monologue live following the Democratic debate Tuesday, sharing his take on the spectacle hosted in his hometown of Charleston, South Carolina and broadcast by his home network, CBS.

The host remarked on the candidates’ disregard for manners throughout the contentious debate, which is the last one they’ll get before the South Carolina primary on Saturday, followed by Super Tuesday next week.

“These folks said a lot of words, and I did not hear many of them because these candidates were speaking all over each other,” Colbert said. “Things got a little shouty.”

After his monologue, he roasted candidates Mike Bloomberg and Joe Biden.

First, he donned a pair of sunglasses to mock Biden, who made his usual incoherent remarks last night.

“I’m Joe Biden and I’m running for Biden against the other Biden. Look me over, if you like what you see, wrap me in a blanket and take me to a safe place filled with people I know. The address is right here on this bracelet,” Colbert said before tossing off the sunglasses and laughing, “That’s the worst impression of all time.”

Then he joked that Bloomberg was “punching below the belt” when he accused Sanders of getting help from Russia to win the election.

“Then again, Bloomberg can’t reach much higher,” he said of the 5’8” former mayor of New York City.