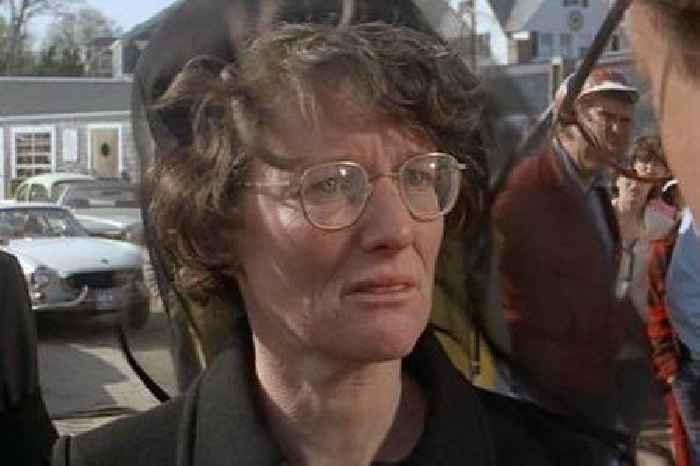 Lee Fierro, who played Mrs. Kintner in Steven Spielberg’s “Jaws,” died this weekend from coronavirus complications, according to the Martha’s Vineyard Times. She was 91.

Fierro’s claim to fame is slapping Roy Scheider in a famous scene from “Jaws” where she plays the grieving mother of one of the victims of the infamous man-eating shark. After striking Amity Beach’s police chief, she tearfully condemns him for not taking the threat of the shark seriously, not knowing that his attempts to close the beaches were overruled by the town’s mayor.

“You knew it was dangerous, but you let people go swimming anyway,” she says. “You knew all those things…yet still my boy is dead now.”

Beyond that moment in movie history, Fierro dedicated herself to promoting and preserving the theatre scene at Martha’s Vineyard in Massachusetts, where much of “Jaws” was filmed. For over 40 years, she served various positions at the town’s Island Theatre Workshop, including 25 years as artistic director.

“The one word I would think of when I think of Lee is dedication. I’ve watched her as a performer, director and business woman and then we became friends. She was my teacher and mentor,” Kevin Ryan, Island Theatre Workshop artistic director told the MV Times. “I would still call Lee for artistic discussion and commentary … She was fiercely dedicated to the mission of teaching. She, no matter what it was, would stay at it and get the job done.”

Fierro stepped down from Island Theatre Workshop in 2017 to be closer to her family in Ohio, and had passed away in an assisted living facility there after testing positive for COVID-19.

Logan Williams, 'The Flash' and 'When Calls the Heart' Actor, Dies at 16

‘All Rise’ Returns to Production, Will Remotely Film Coronavirus-Themed Episode

CBS’ freshman drama “All Rise” will return to production and remotely film a new episode that will incorporate the current..

Phoebe Waller-Bridge to the rescue! The Emmy winner’s acclaimed “Fleabag” one-woman show is headed to streaming for a good..

Jaws actress Lee Fierro passes away due to Coronavirus complications