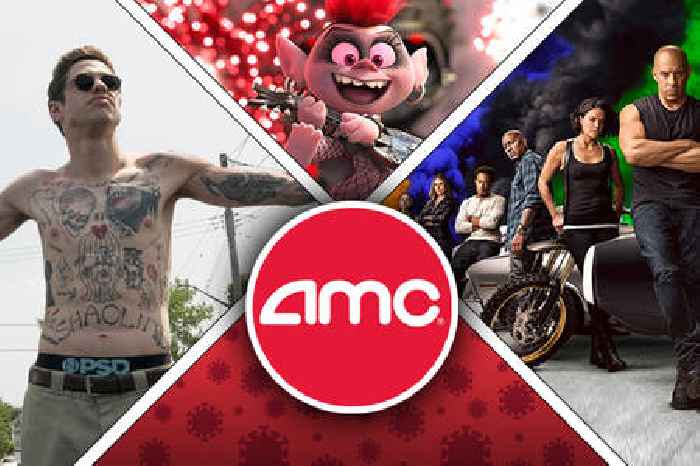 Can Universal Pictures and AMC Theatres pull back from the brink of all-out war after tensions over the VOD release of “Trolls World Tour” — and the threat of more day-and-date releases of new movies in theaters and for home release — escalated to nuclear level in no time flat?

The conflict is real — with potentially huge financial consequences for both sides as the nation’s largest movie theater chain announced Tuesday it would stop playing all Universal films in its cinemas worldwide, while the studio insisted it was committed to theatrical releases and accused the exhibitor of trying to “confuse our position and our actions.” On parent company Comcast’s earnings call on Thursday, NBCUniversal Jeff Shell said he sees VOD as a “complementary element,” not a “replacement” for theatrical releases — but did not address whether the studio intended to place movies simultaneously in theaters and home entertainment platforms or shrink the current window of roughly thee months. However, he warned, “It’s not realistic to assume that we’re not gonna change.”

Analysts suspect that cooler heads will diffuse the conflict — eventually. “The big statements we saw are just part of a public negotiating phase that’s happening right now, but there’s still a lot of room and time for them to get back on good terms,” Boxoffice chief analyst Shawn Robbins told TheWrap. “It’s sort of like the big split that happened between Marvel and Sony last year over ‘Spider-Man.’ There was a really sudden announcement of a breakup, but eventually they got back to talking and they figured it out.”

With most movie theaters shuttered nationwide due to the coronavirus pandemic, there’s plenty of time to resolve any issues before Universal releases any new movies, let alone the big-budget tentpoles that depend upon wide theatrical exposure to recoup the studio’s investment.

Universal’s post-pandemic 2020 slate isn’t full of big-budget fare — horror films like “Candyman,” “The Forever Purge” and “Halloween Kills” highlight the studio’s offerings should theaters reopen next quarter. But next year, the studio will release two major blockbuster sequels it had planned for release this summer: the “Fast and Furious” sequel “F9” and “Minions: The Rise of Gru.”

“Theatrical is key to driving the numbers that makes these big-budget films and franchises possible, and it also can boost home sales too,” Comscore analyst Paul Dergarabedian said Wednesday in a panel discussion Wednesday on Cinema InFlux. “How many people get excited after seeing a film in theaters and then pre-order it when it comes on sale at home?”

When theaters reopen, big-budget films will also be critical to get audiences back into theaters. While the exhibition industry will need to assure moviegoers that cinemas are safe to attend, they still won’t come without big movies to attract them. That’s why many theater owners are looking at Warner Bros.’ “Tenet” (still slated for July 17 release) and “Wonder Woman 1984” (due one month later, on Aug. 14) as the catalysts to get the industry back up and running.

The stakes are also high for AMC, which is mired in $4.9 billion in debt and has seen its stock drop considerably since the start of the pandemic (though it has jumped back up 25% in the past week to $5.19 per share). The chain announced two weeks ago that it would raise $500 million in a private offering to increase its liquidity and help maintain cash flow as the pandemic continues.

A robust slate of well-reviewed movies could help AMC and other chains recover, even as social distancing protocols may force theaters to reduce capacity in the early going. In the meantime, analyst expect that AMC and Universal will meet to clear up any confusion about the studio’s plans for PVOD and day-and-date releases.

And AMC has proven itself amenable to experimentation with the window between a movie opening in theaters and hitting home entertainment platforms — despite its tough stance against Universal over “Trolls World Tour” and Judd Apatow’s Pete Davidson comedy “The King of Staten Island,” which will bypass a planned June release to head straight to VOD.

In 2015, AMC was one of only a handful of theater chains that agreed to screen Paramount’s “Scouts Guide to the Zombie Apocalypse” and “Paranormal Activity: The Ghost Dimension” — and allow the studio to release the films on demand well before the three-month window, just 17 days after they dipped below 300 domestic theaters. The experiment, and the films, proved a disappointment even though exhibitors earned a cut of the studio’s initial VOD revenue.

So far, AMC has taken the most drastic position in the standoff. Cineworld, the parent company of national chain Regal Cinemas, said on Wednesday that Universal’s actions were “completely inappropriate” and that it would not screen any films released day-and-date or that breach the 75-day theatrical window. However, it did not bar all Universal films from their theaters.

Meanwhile, Sonny Gourley, SVP of Film for Marcus Theaters, told Cinema InFlux that he has been in calls with several studios since Universal and AMC’s announcements and that they have all been positive. “Every call that I have been a part of has told me that studios still really value the theatrical experience and that this situation with theaters closing hasn’t changed that,” he said. “I think that there’s going to be a lot of talks in the next few days but once cooler heads prevail I think both theaters and studios will be able to manage this issue.”

‘The Walking Dead’ and Other AMC Classics Head to Pluto TV

NBCUniversal CEO: VOD Will Be ‘Complementary’ Not ‘Replacement’ for Theatrical Releases Post-Pandemic

High-priced digital movie rentals are having a moment, but theaters are essential to Hollywood's money machine

· The Wall Street Journal reported on Tuesday that Universal's "Trolls World Tour" is a hit on digital platforms, making $95..

Universal Responds to AMC: ‘We Absolutely Believe in the Theatrical Experience’