Hillary Clinton Warns: ‘Joe and Kamala Can Win by 3 Million Votes and Still Lose. Take It From Me.’ (Video) 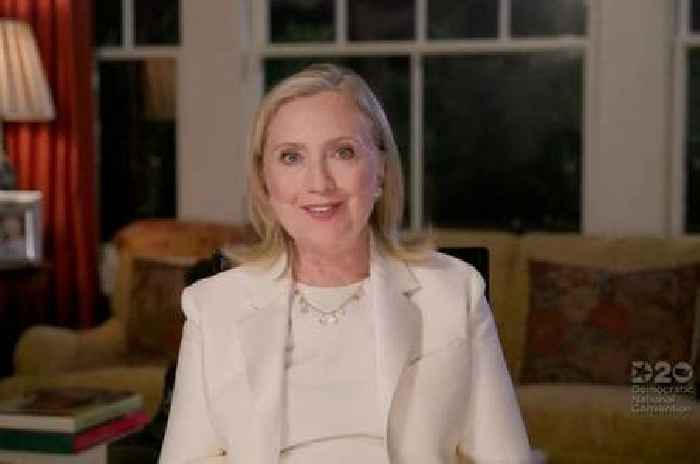 Hillary Clinton Warns: ‘Joe and Kamala Can Win by 3 Million Votes and Still Lose. Take It From Me.’ (Video)

Hillary Clinton offered a reality check for listeners about the workings of the electoral college and its influence on the election during her speech at Wednesday’s Democratic National Convention.

“Don’t forget: Joe and Kamala can win by 3 million votes and still lose. Take it from me,” Clinton, who won the popular vote in 2016 but ultimately lost the election to Trump because of the electoral college, said. “We need numbers overwhelming so Trump can’t sneak or steal his way to victory.”

The former Secretary of State also urged listeners to exercise their right to vote to avoid “another woulda coulda shoulda election.”

*Also Read:* Billie Eilish: 'Donald Trump Is Destroying Our Country and Everything We Care About' (Video)

“For four years, people have told me, ‘I didn’t realize how dangerous he was, I wish I could do it all over.’ Or worse: ‘I should have voted.’ Look, this can’t be another woulda coulda shoulda election. If you vote by mail, request your ballot now and send it back right away. If you vote in person, do it early. Become a poll worker. Most of all, no matter what: vote,” Clinton said. “As Michelle Obama and Bernie Sanders warned us, if Trump is reelected, things will get even worse. That’s why we need unity now more than ever.”

Clinton also zeroed in on all the things she saw as being lost during Trump’s presidency.

“I wish Donald Trump knew how to be a president because America needs a president right now,” Clinton said. “Remember back in 2016 when Trump asked, ‘What do you have to lose?’ Well, now we know. Our healthcare, our jobs, our loved ones, our leadership in the world and even our post office.”

“But let’s set our sights higher than getting one man out of the White House,” she continued. “Joe Biden and Kamala Harris are going to give us so much to vote for.”

Gabrielle Giffords Calls for Gun Control at DNC: 'We Can Let the Shooting Continue, or We Can Act.' (Video)

Billie Eilish: 'Donald Trump Is Destroying Our Country and Everything We Care About' (Video)

The No. 3 Republican in the U.S. House of Representatives on Monday said former President Donald Trump was "poisoning our..

Donald Trump Freaks Out on Twitter During Obama’s DNC Speech

Barack Obama got rave reviews from supporters for the rousing speech he gave Wednesday night at the 2020 Democratic National..

Kamala Harris Accepts Dem Nomination: ‘We Can Do Better and Deserve So Much More’ (Video)