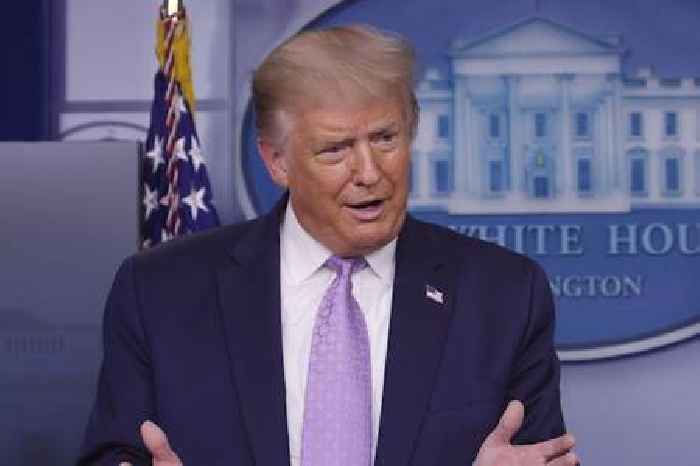 “Only the Obama WH can get away with attacking Bob Woodward,” tweeted Trump in 2013, long before he ever ran for president.

On Wednesday, after news outlets quoted excerpts from Woodward’s upcoming book “Rage” in which  Trump told Woodward on tape that knew the coronavirus was “deadly” in early February but actively downplayed the danger for weeks as the pandemic took hold in America, the president tweeted that Woodward was “rapidly fading.” He also called Woodward’s book — which will officially be released next week — “boring.”

As CNN’s Jake Tapper explained on Twitter, the tweet about the Obama White House came after Woodward published a Washington Post op-ed about what he saw as irrational federal spending cuts. From there, Obama’s economic adviser Gene Sperling expressed to Woodward he’d “regret” what he said in the article, according to emails obtained by Politico, which some interpreted as a threat that Woodward might be denied journalistic access to the White House.

Actor George Takei wrote, “How seven years changes a man. And doesn’t.” Others — many others — fell back on the old quip that there’s “always a tweet” from pre-presidential Trump contradicting his present-day statement and actions.

Of ‘Useful Idiots’ And Russophobic Hysteria In US Elections – OpEd

It's quite ironic that although The Atlantic is generally presumed to be a liberal publication, if one listens to the views of its..

Trump Accuses Twitter of Trending Only ‘Bad’ Stories About Him

Khashoggi Murder And The Killing Of Al-Baghdadi – OpEd