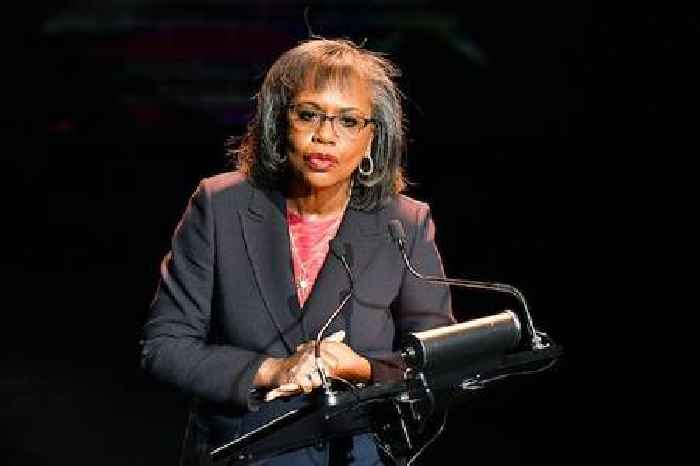 Three years after the birth of the #MeToo movement, a majority of workers in Hollywood – nearly two-thirds – still do not believe that powerful sexual harassers and offenders will be held accountable for their actions, according to the initial survey results from the Anita Hill-led Hollywood Commission.

The Hollywood Commission, which is chaired by Hill and founded by entertainment lawyer Nina Shaw and Lucasfilm’s Kathleen Kennedy, found that only 35% of the survey’s sample of 9,630 anonymous respondents believed it was very likely or somewhat likely that their harassers would see consequences as a result of reporting.

This was consistent among professionals across the entertainment industry, from television and film, commercials, live theater, agencies, at the corporate level, or between studio and independent projects or union and non-union jobs. What’s more, only 45% of men believe someone in power would be held accountable for harassing a lower-level employee, while only 28% of women felt the same way. And those from under-represented groups often had an even bleaker outlook on accountability should they report.

The Hollywood Commission, which primarily gathered research between November 2019 to February of this year, launched an anonymous survey of Hollywood workers that aimed to get an industry-wide portrait of sexual harassment in the entertainment industry and identify the different tools, resources and systems that people in the industry are demanding to see real change.

In all, the survey fielded responses from 9,630 people currently working, seeking work or previously working in Hollywood. The survey also gathered 3,300 written, narrative responses from individuals who described in detail their experience dealing with harassment and abuse in Hollywood, as well as the resources they desire to hold people accountable.

On Tuesday, the Hollywood Commission released its findings on accountability in Hollywood, which is the first of what will be five separate reports that will roll out through the end of the year. The others will focus on bias in the industry, bullying, the progress that has been made since #MeToo, and an overall report and recommendations for how industry leaders can move forward.

“For too long in Hollywood, there have been ‘open secrets’ about the harassment perpetrated on workers by powerful people who are able to successfully evade accountability for their actions,” Hill, chair of The Hollywood Commission for Eliminating Harassment and Advancing Equality, said in a statement. “With this survey, we have identified the most vulnerable workers in Hollywood and the resources and systems that will provide support and a safety net for them. Our expectation is that these tools will be the foundation to build a new era of transparency and accountability for all workers in the entertainment industry.”

The survey’s narrative responses create a startling picture of what many respondents saw as a lack of real progress, or progress only in terms of the most famous and powerful offenders and victims.

“Just because a few famous offenders are being held accountable when reported by the most famous victims does not mean anything has changed for the rest of us,” one respondent wrote anonymously in their survey.

“What we have now is an environment where everyone jumps on the bandwagon AFTER an abuser has been outed, which creates the illusion that they are not tolerated,” another said. “That makes for the occasional good PR but doesn’t change anything.”

Of the workers who said they experienced gender harassment or unwanted sexual attention in the workplace, 60% feared that the conduct was not serious enough to report, and over a quarter of those said they didn’t think anything would be done if they reported. Meanwhile, 69% of people who experienced a form of sexual coercion in the workplace believed nothing would be done if they reported.

Victims and witnesses also said in the survey that they didn’t have someone they could comfortably report abuses to, whether a supervisor, human resources department or a legal, compliance or ethics department. Only 36% of respondents did report to someone who could take action.

For the rest of the respondents, their primary offenders tended to be in powerful positions, either those who could influence their ability to get or keep a job or could harm their reputation in the industry. Witnesses and victims alike were hesitant to report because they feared retaliation, and approximately two-fifths (41%) said they experienced some form of retaliatory behavior as a result of reporting harassment.

For instance, 44% of those who experienced sexual coercion said they thought they would be labeled “difficult to work with” if they reported, 29% of those feared it could end their careers, and 39% didn’t trust their report would be kept confidential.

Based on the results of the accountability portion of the survey, The Hollywood Commission is launching two resources, a repeat offender platform and a pilot program for bystander intervention training.

The repeat offender technology platform will allow workers who have experienced sexual misconduct, discrimination, harassment, bullying or microaggressions the ability to share their experiences anonymously. The platform is also built on conditional reporting, such that it can help to identify repeat offenders or the same offender and allow companies to decide whether to engage in a deeper investigation. The platform will launch in a beta in Q1 of 2021.

The Commission will also launch a pilot program of bystander intervention training, training 450 entertainment workers who will train other employees on how to appropriately intervene and respond should they witness workplace misconduct. Read more details about the two responses here.

More reports from the additional findings of the survey will be released beginning in October. TheWrap also spoke in conversation with both Hill and Shaw, which you can read here.

What Did NBC, Warner Bros, Ellen DeGeneres and the LA Times Not Get About the #MeToo Movement?

Kevin Spacey Compares His #MeToo Shunning to Pandemic: 'I Understand What It's Like Being Told You Can't Work' (Video)

Three years after the #MeToo movement broke out, Hollywood is still searching for answers as to why issues of sexual harassment and..

Survey: In Hollywood, few believe harassers will be punished