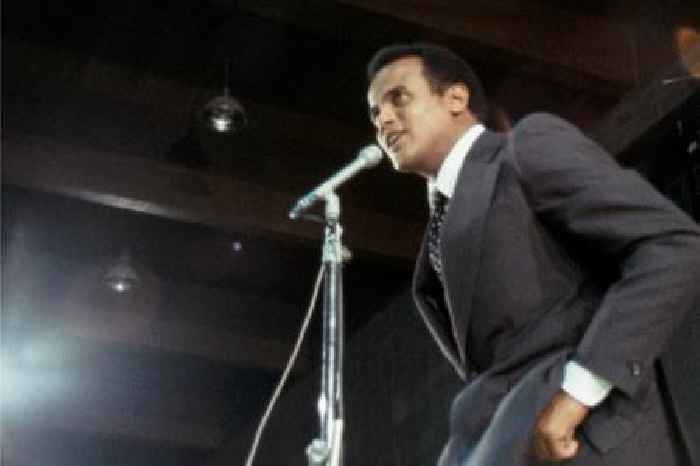 With a Republican president running for re-election, leading Black activists and artists assemble to map out political challenges and to demand representation from the two major parties. The year in question, however, is 1972, as a new 4K restoration of William Greaves’ documentary “Nationtime” arrives in virtual theaters via Kino Marquee.

Filmed at the 1972 National Black Political Convention in Gary, Indiana (and unseen at its complete length for decades), this documentary captures a specific moment in time and a political struggle that continues to this day. The war in Vietnam may be long finished, but the governmental clout of corporations that profit off the subjugation of poor communities of color remains as strong today as it ever was.

Assembled as a response to having Black issues overlooked by both parties in an election year, the convention sought to establish a national unity platform in advance of the 1972 Republican and Democratic conventions. Some 10,000 political figures, activists, and artists were in attendance, and while the convention closed without a consensus, the gathering did produce the Gary Declaration, which stated, in part, “The Black Agenda assumes that no truly basic change for our benefit takes place in Black or white America unless we Black people organize to initiate that change.”

Director Greaves, who died in 2014, had one foot in the world of journalism (as executive producer of the influential news-magazine show “Black Journal”) and the other in experimental cinema, most famously for his groundbreaking “Symbiopsychotaxiplasm: Take One.” “Nationtime” seems to fall in the middle; he’s interested in documenting the convention as it unfolds, with most of the film’s action taking place on the stage and no interviews being conducted by the filmmaker. But while Sidney Poitier provides explicative narration to the proceedings, Harry Belafonte (who also appeared at the event) pops up every so often on the soundtrack to recite poetry.

(That mix of poetry and political activism feels like a direct influence on the films that Marlon Riggs would make in the following decade, and which are currently featured on the Criterion Channel.)

There are moments where it feels as though “Nationtime” is made for an audience that’s more versed in the politics of the moment and more aware of the details of how the convention went; we see playwright Amiri Baraka, in his role as convention chair, attempting to stop the Michigan delegation from walking out over a dispute regarding the agenda, but the movie never stops to explain either side of the dispute or what specific agenda items caused the disagreement.

Still, even if the film avoids digging into some of the political detail, it’s a vivid portrait of a once-in-a-lifetime gathering: The lineup included such dynamic speakers as Rev. Jesse Jackson, Dr. Betty Shabazz, Coretta Scott King, comedian Dick Gregory, and Gary mayor Richard Hatcher, who offers the kind of rousing opening remarks that can inspire even a roomful of people who are about to subject themselves to several days’ worth of meetings and parliamentary procedures.

As Michael Phillips recently observed in the Chicago Tribune, the lead-up to a contentious presidential election has offered a boomlet of content about the political process, from the “West Wing” reunion to the streaming debut of the Broadway hit “What the Constitution Means to Me” to Steve James’ series “City So Real” to this fascinating restoration. (Add to this list Frederick Wiseman’s forthcoming “City Hall,” a celebration of democracy through the lens of grassroots political involvement at the local level.)

What unites this wave of titles is an examination of process; democratic politics isn’t one figurehead swooping in and braying, “I and I alone can fix this.” It’s community-building and human interaction, and it takes both passion and compassion, not to mention patience and some degree of idealism. The fight for equality rages on, but historical snapshots like “Nationtime” remind us of both the long road to justice and the hard work that goes into paving the way.

This ranking of the Top 50 film schools of 2020 first appeared in TheWrap’s fifth annual College Issue.