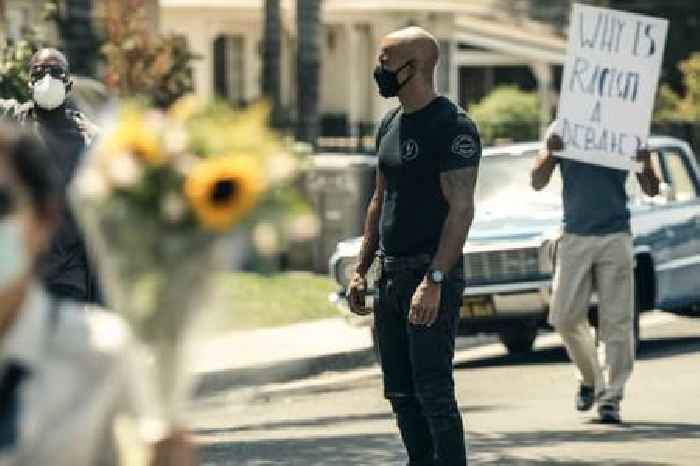 During Hollywood’s Summer of Racial Reckoning, the portrayal of police and law enforcement on screen was put under the microscope.

The simmering tensions against the people entrusted to protect and serve their communities boiled over amid nationwide protests against police brutality and systemic racism, following George Floyd’s murder by a Minneapolis police officer. It has included calls for the police to be defunded or reimagined, and for Hollywood to question how fictional cops should patrol the screen.

Now, some cop TV shows including CBS’ “S.W.A.T.” and NBC’s “Law & Order: SVU” and “Chicago PD” are returning for their new seasons, often following extended production delays due to the pandemic. And many plan to dive head-first into the new environment surrounding law enforcement.

*Also Read:* After George Floyd and Breonna Taylor, TV Rethinks If Cops Should Always Be the Good Guys

“S.W.A.T.” returns Wednesday with a two-hour premiere, the first hour of which was supposed to be last season’s finale. Like most TV shows, “S.W.A.T.” had to pack up early when the pandemic forced all productions to halt in March. That only makes it more stark that the show, which is led by one of the few Black showrunners on a police procedural, was already planning a story that delved into racial tensions between the police and the Black community.

Here is the logline for the episode, titled “3 Seventeen Year Olds”: “Hondo, (Shemar Moore) his father Daniel Sr. (Obba Babatundé) and his teen charge Darryl (Deshae Frost) confront the history of racial tension in Los Angeles between law enforcement and the Black community, through flashbacks to the city in 1992 following the Rodney King verdict. Also, the SWAT team pursues El Diablo’s scattered drug cartel hiding in the city and a Jihadist group detonating bombs in coordinated attacks.”

“S.W.A.T.” showrunner Aaron Rahsaan Thomas told TV Line that, while not much of the plot was altered when they came back to film in September, the tone of the episode definitely changed.

“The tone of the story certainly shifts a bit, because at the time what we were talking about was how between the Watts riots of 1965 and the Rodney King riots there were 27 years that had passed, and the year 2020 had marked 28 years since Rodney King — how maybe we’re making progress,” he said. “But the original tone of the story was, ‘Wow, we’ve learned something new, maybe this time we’ve gotten it right’… and then George Floyd happens.”

He continued, “There are references to the current day situations that are happening.”

Also premiering on Wednesday is the eighth season of “Chicago PD,” which will find the officers of the 21st District dealing with police reform efforts. Here is the logline for “Fighting Ghosts”: “The team responds to the shooting of a 5-year-old girl and they must work the case while facing new obstacles that come from the heightened attention on police reform. Atwater (LaRoyce Hawkins) is targeted by a group of officers who want to hurt him for standing against the blue wall. Voight (Jason Beghe) questions whether he’s cut out for a new form of policing as he manages oversight from the CPD’s deputy.”

The genre is famous for “ripped-from-the-headlines” narratives, but many shows have handled questions like police brutality and other systemic issues such as racism in a single episode or multi-episode arc. Typically, one or two cops are singled out as “bad eggs” and reprimanded, while the “good” cops look even more heroic for weeding out the evils in their own ranks.

But this year has showcased many examples of police overstepping their boundaries and being overaggressive toward peaceful protesters. The question now is will these current tensions between law enforcement and their communities become permanently baked into these fictional police dramas.

CBS Pledges to Make 'At Least' Half of Reality Show Contestants Nonwhite, Starting Next Season