Ted Cruz on the Killing of Daunte Wright: ‘There Are Accidents That Occur’ (Video) 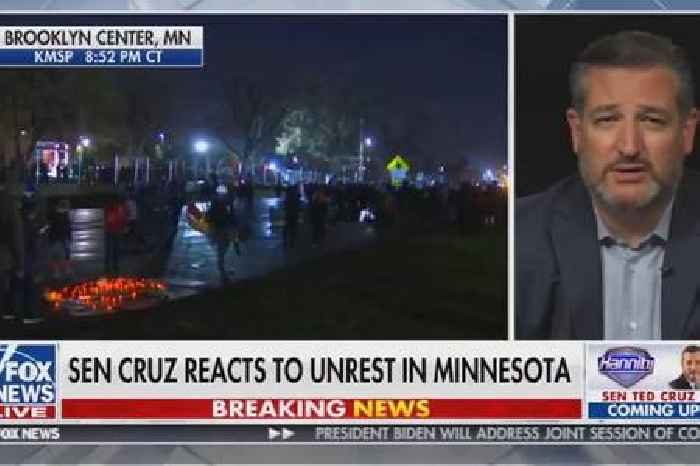 Ted Cruz on the Killing of Daunte Wright: ‘There Are Accidents That Occur’ (Video)

In an appearance on Sean Hannity’s Fox News show on Tuesday, Texas Senator Ted Cruz, best known for taking a vacation in Mexico while his constituents suffered through a devastating winter storm, deployed some of same talking points other Republicans have used when discussing the killing of Daunte Wright.

In this case, he emphasized the official line from police that it was an accident, while baselessly smearing Democrats as pro-violence and assigning all blame for violence to “the left.”

Cruz — who notably lied about his trip to Cancun in February, including a clumsy attempt to blame his own daughters — was asked by Hannity to comment on the ongoing protests in the Minneapolis suburb of Brooklyn Center, where Wright was killed by a police officer during a traffic stop on Sunday. The protests are currently in their third night and have unfortunately been marked by violent clashes between police and protesters, and also sporadic vandalism and looting.

*Also Read:* Trevor Noah Slams Police for Daunte Wright's Death: 'Cops Think Everything Is a Gun - Except Their Own Gun' (Video)

Here’s what Cruz, who also publicly whined about the people who leaked texts proving he wasn’t truthful about his reason for traveling to Mexico, told Hannity:

“Well obviously what’s unfolding in Minnesota is horrific, and the violence that we’re seeing has the potential to spill out and get out of control. It began with what now appears to be a tragic accident, and an accident where a man’s life was taken by mistake. Unfortunately in the course of interactions with law enforcement, sometimes there are accidents that occur. But this is a situation where the racial, uh, powder keg, that we see, the left willing to light the fire of and incite violence, incite murders that we saw all across the country, murders of police officers, fires and burning of stores is, is wrong. And it’s horrific. The shooting needs to be fully investigated, it needs to be gotten to the bottom of why that happened. But, the answer is not engaging in violent riots and there are a whole lot of Democratic politicians who celebrate and encourage this kind of lawlessness and resort to violence and it has become a central part of the Democratic Party.”

So, a couple of things about that. First, while the widespread protests against police violence did see instances of looting and vandalism in 2020, the only murders of police officers, as well as the burning down of a police precinct in Minneapolis, weren’t committed by protesters. In fact, these incidents of violence and murder were committed by right wing terrorists federal law enforcement agencies say were attempting to incite a civil war.

As for the accusation that Democrats support “lawlessness” and “violence,” the majority of Democrats, including President Joe Biden, have denounced violence and called for calm. However, Ted Cruz for his part was a notable supporter of efforts to overturn the 2020 election that culminated in the violent, deadly Capitol riot Jan. 6 in which supporters of Donald Trump were incited by Trump himself to storm the Capitol building in order to locate and potentially murder members of congress, as well as then-Vice President Mike Pence. And even after the riot ended, Cruz still attempted to overturn the election results during the congressional certification process.

However, the next day he did call the rioters terrorists and say that Trump’s rhetoric was “irresponsible.”

Anyway, watch Ted Cruz, if you want to, above.

If the state reserves the right to commit mass murder no one should be surprised that the people follow suit.

Pat Robertson on Daunte Wright Killing: Police Have ‘Got to Stop This’

“700 Club” host Pat Robertson said Thursday that police officers have “got to stop this stuff” while reacting to the..