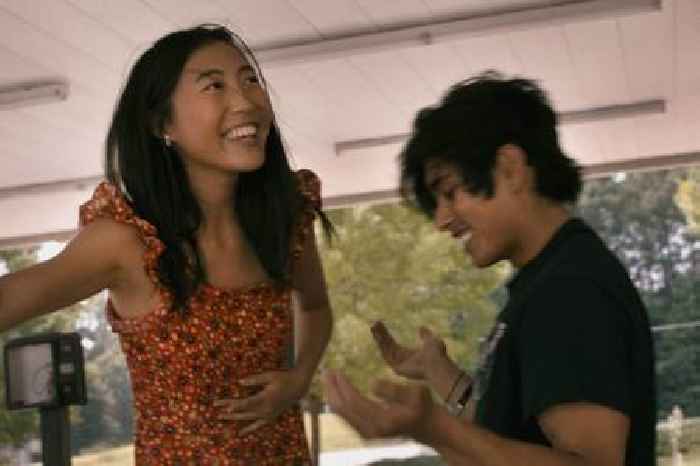 There’s so much that scares me as a parent of a teenager, much of it coming from the knowledge that this generation of teens is unlike any other. Really, it’s uncharted ground in parenting. In his feature film debut, “Beast Beast,” writer-director Danny Madden captures Gen Z in a compelling, raw form; watching as a parent is both insightful and terrifying.

Though I have some reservations about a choice made towards the end of the film, everything else — from the cast to the documentary-style filmmaking to the varying perspectives of different characters from diverse backgrounds — is ambitious and intriguing.

The film opens with a group of kids in a drama class doing a warm-up exercise. “Beast Beast, ready to act,” they chant as they clap and jump, growing louder and louder by the second. Quickly we’re introduced to Krista (Shirley Chen), an aspiring young actress; Nito (Jose Angeles), the skater and new kid in town; and Adam (Will Madden), the YouTube-ing gun aficionado.

*Also Read:* Where Are the Latinos at Sundance - and How Can Hollywood Really Help? | PRO Insight

They live in a small, southern town, the kind where everyone knows everyone, where the days are tranquil and lives go on as scheduled. But when night falls, teens will be teens, and they find various forms of amusement and trouble.

Krista is joyful and dreams of being an actress one day. She giggles about the cute new boy at school, eats junk food and talks excitedly about normal teen things with her friends. When she meets Nito, the sparks are instant, and first love develops naturally and quickly. Nito’s home life isn’t necessarily bad, but he’s not inclined to hang around the house. Nito befriends some older kids, who have questionable hobbies but accept Nito as he is, something every teenager craves. Together, Nito and Krista bask in the sweetness of young romance until a tragedy changes their lives forever.

The doc-style cinematography allows the camera to act as an undercover agent, going deep into Gen Z territory. Director of Photography Kristian Zuniga wisely chooses unorthodox angles and unique frames to bring the audience inside the world of this group of teens. There are even slight variations of the format for each character, most notably how Adam is filmed versus everyone else.

Where Krista and Nito have a bit of chaotic but joyful energy in how the camera and lighting frame them, there’s an uneasy stillness in every frame that includes Adam. Zuniga crafts a contrast that elevates each performance and grows the story step by step.

The cast is comprised mainly of newcomers, and the heaviest dramatic lifting comes from Chen, who is remarkable as Krista. Reprising her role from the short “Krista” (from which “Beast Beast” was adapted), Chen nails the struggles of contemporary young women while also filling Krista with depth and joy. Similarly, newcomer Angeles brings to life a complex young man who struggles to fit in without giving up who he is. Chen and Angeles shine on screen together, complementing one another and delivering that intoxicating giddiness of puppy love.

Where the story tilts and makes me question Madden’s intent occurs just before the film ends, but I won’t spoil it here. For me, suffice it to say, this particular choice undermines certain characters and feels obtuse when weighed against the rest of the film. Before this, “Beast Beast” drives home the fact that although Gen Z faces more complex struggles than previous generations, they are also more thoughtful and ready to deal with the issues of the world around them, a message to which older generations should pay attention.