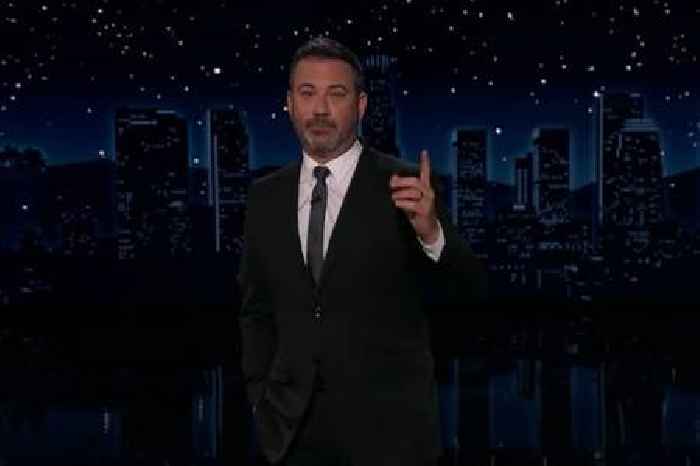 During his opening monologue Thursday, Jimmy Kimmel returned to a topic a lot of us have laughed about recently: The ongoing scandal involving Florida congressman Matt Gaetz. This time, Kimmel was pretty amused (honestly, so are we) by the detail that a lot of evidence being collected by federal investigators is very public Venmo transactions.

For those who need it, the long story short is, Gaetz is the subject of a Justice Department investigation that began last year into whether he violated federal sex trafficking laws by having a sexual relationship with a 17-year-old and paying for her to travel over state lines. It’s part of a larger investigation into one of his political allies, a former Florida county tax collector named Joel Greenberg indicted last summer on multiple federal charges, including for the sex trafficking of a minor. Greenberg has pleaded not guilty.

Since the investigation first became public the details have come fast and furious, and many of them are weird and amusing. Including the fact that according to The Daily Beast, Gaetz and Greenberg conducted some very shady transactions using Venmo — with their settings set to public. And then CNN reported that two women say Gaetz and other Republicans attended multiple parties filled with sex and drugs.

“Meanwhile, there are new details into the sordid saga of future former Florida Congressman Matt Gaetz. Yesterday – we learned that Gaetz was involved in more wild house parties than Kid N’ Play in the 90s,” Kimmel said, referring to the excellent “House Party” film franchise starring the iconic rap duo.

“He reportedly – there were drugs and sex at these parties – where women were given gifts and money in exchange for their ‘participation.’ Much of it – paid through Venmo,” Kimmel continued. “So, the Daily Beast got their hands on Venmo transactions from this guy Joel Greenberg – one of Gaetz’s closest friends. Greenberg is now cooperating with authorities – which is bad for Matt Gaetz – presumably as a result of more than 150 payments made to dozens of young women.”

Then Kimmel got to one of the funnier details about those Venom transactions, the notes they were sent with.

“They’re ridiculous,” Kimmel said. “There were three payments – for 500, 500, and 250 dollars – labeled for ‘ice cream.’ Five other payments labeled ‘Salad,’ one of those salads cost more than a thousand dollars. I guess they added avocado… Two of the transactions were for ‘Stuff’ and ‘Other Stuff.'”

Then he laid in. “And let me just say this: It’s bad enough that Matt Gaetz is implicated in doing stuff. But ‘Other Stuff?’ That’s outrageous. It’s time to step down. And, of course, we know about all this – because stupid Joel Greenberg – made his Venmo transactions public as did Matt Gaetz. They didn’t check the privacy box.”

At which point, Kimmel joked, “Hmm, what’s the opposite of a criminal mastermind?”

Watch the whole thing above; the Matt Gaetz part comes in the first few minutes.

Jimmy Kimmel Blasts ‘Future Former Florida Congressman’ Matt Gaetz for His Venmo Fail: ‘What’s the Opposite of a Criminal Mastermind?’

Just one night after Jimmy Kimmel went after Rep. Matt Gaetz (R-FL) for his many, many scandals, the late-night host once again..