‘Quo Vadis, Aida?’ Director on Why Art Is Necessary to Confront Tragedy 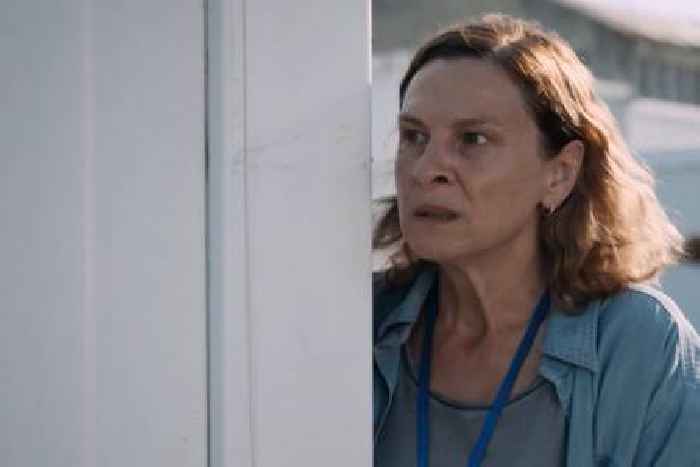 ‘Quo Vadis, Aida?’ Director on Why Art Is Necessary to Confront Tragedy

This story about “Quo Vadis, Aida?” was drawn from an interview conducted for the Down to the Wire issue of TheWrap’s awards magazine.

Director Jasmila Žbanić spent years hoping that somebody else would make a movie about the Srebrenica massacre, an act of genocide in which more than 8,000 Bosniak Muslim men and boys were killed by the Bosnian Serb Army in 1995. But she finally did it herself with “Quo Vadis, Aida?,” which landed the first Academy Award nomination for Bosnia and Herzegovina since “No Man’s Land” won the Oscar in 2002.

Žbanić, whose 2006 film “Grbavica: The Land of My Dreams” represented her country in the international Oscar race that year, made the film from the perspective of a translator working for the United Nations, which declared the city a “safe area” but then failed to protect its residents from the Serb Army. Her interest in film had been nourished growing up in Sarajevo, where she was in her teens during that city’s four-year siege during the Bosnian War.

*When I went to the Sarajevo Film Festival in 2014, I heard remarkable stories about how that festival started during the war, while the city was under siege. Why was art and film important in the midst of what was going on?*
I had feeling that without art and culture, our lives wouldn’t make any sense. When everything started, the city was locked down – if you went out, you could be killed. But then schools and cinemas started to reopen, because people felt that if you don’t go on with your life, with culture, you are not human being. This was really a decision to say, “OK, we are fighting against these barbarians with culture. They want us not to have cinema, not to have theater, but we will do it in spite of their wishes.”

They burned libraries, they burned cinemas, they bombed theaters while people were there. But we did it even without electricity. Films were projected with generators, or theater shows incorporated candles as a part of dramaturgy of the show. And people came in huge numbers. People felt that cinema and theater was part of who we are, and they had pride in that.

*So what was it about this particular story that made you want to tell it all these years later?*
First of all, my emotions about these events were mixed. I was very angry that people were betrayed by the United Nations. I was very hurt by how the war ended, because Srebrenica is still in the hands of Serbian nationalists. They got the city and a huge part of the country with violence, and that while was recognized, they are still ruling.

And I also felt a lot of sadness and pain from what happened. 8,372 people died just because they had the wrong names – young people, old people. And I felt the pain of the women who survived. At first, they were hopeful that they could find their cousins and their sons and husbands – they didn’t believe that somebody could just kill them all in such huge numbers. So they lived for years with hope, and then they finally realized, “They are not alive anymore.” Then they were searching for bodies. Many didn’t have any other reason to live, except to live long enough to find the bodies and bury them that they have proper graves.

Even if you don’t want to hear these stories, you hear them and you are affected. It tells about our past, but it also tells about our present. Especially with the arrival of the right wing in Europe, I felt it was even more important to talk about it. I was always hoping that somebody else would make a film about it, but then I thought I had to do it, knowing that it would be very hard.

*You could obviously have told the story of this massacre in many different ways. What led you to tell it through the eyes of a U.N. translator?*
I had several attempts where I would go in one direction and realize it’s not the right one. It could have been a political thriller, about the top level of decision-making going on in New York and the Netherlands. But I wanted the audience to really be with the people in Srebrenica and understand what it meant to believe that the world is a safe place, that the United Nations and the institutions that are supposed to protect us work. And then everything falls apart and there is betrayal and you have nothing to believe in anymore.

I realized that the angle should be of a translator who is able to be at the important meetings, understanding negotiations and promises and all the things on that level, but also being Bosnian and having a stake in destiny of all other 30,000 people who were outside (the U.N. camp) not knowing what to do.

So this was the moment where I thought, “This is good, because she can go through these two worlds that depend on each other.” There was a book, “Under the U.N. Flag,” by a translator who was there (Hasan Nuhanovic). I thought for a moment to make a film about him, but then I thought I would need a woman, because everybody in the world understands what it means to protect your family. And also I understood from very beginning that I didn’t want to finish with the killings. I wanted to go on several years after to understand, what does life look like after genocide?

*Was there resistance in Bosnia to making a film like about this subject?*
Our political situation is that on one side, genocide is completely denied. A lot of effort is put into lobbying to say that it’s just rumors. Many politicians, especially Serbian politicians, are not recognizing the international tribunal and their decisions on Serbia. This general (Ratko) Mladić (who was convicted of war crimes) is considered a hero. This is the very poisoned atmosphere we live in, and we have these kind of forces in our government.

*How did that affect your production?*
Bosnia makes maybe one film per year, and the average budget is 1 million Euro. This one was 4.5 million, which was impossible to raise in Bosnia. But we believed so much in it that all these obstacles were overcome – the film is a co-production of nine different European countries, but it was necessary to do it that way.

Also, we are not a developed industry in Bosnia. We don’t have tanks and vehicles in a studio where you can rent them. So when we applied to get military equipment, we had to ask for real ones from the ministry of defense. And because of the political issues, they didn’t want this film to happen. We wrote them every week for 10 months and went into production without tanks. It was absolute madness.

And then we found a friend of a friend of a minister and her lawyer, and through this totally crazy network we got permission to have two tanks for one day. The second tank died at 5 in the morning – I don’t know if it was sabotage or not, but only one tank was working and that one had to play all our tanks in the film. And also, we borrowed military vehicles from the police, because the army didn’t want to give them to us. They were blue vehicles, and we painted them green for the Serbian army, and then the next day we had to paint them white for the U.N. and then next day, again, paint a different color for the army.

*What has the reaction been like now that the film has been nominated?*
There’s really big pride in the nomination. I mean, there are people in the right-wing media that are talking some crazy stuff about the film, and they’re especially hard on my actors. Jasna Đuričić
is playing Aida. She is from Serbia and they are calling her traitor and saying that she shouldn’t be working in Serbia anymore because she betrayed the Serbian nation.

But on the other hand, there are also a lot of positive reactions from Serbia. I received one email where a woman said, “I lived all my life with stories that the genocide never happened and that we were heroes there. And when I saw your film, I knew that all my life, I felt something is wrong with this narrative. The film gave me this cathartic moment to understand what was wrong, and it totally changed my perspective on things.” I receive these kinds of reactions, and I think this is this is very, very crucial.

*Looking at Oscar submissions not just from Bosnia but from across the Balkans in recent years, it seems that many filmmakers in the region are still telling stories about the war or about people who are haunted by the war – that the art of the Balkans is, in many ways, trying to come to terms with what happened.*
Yes, because I think that, as I said, in politics the things are denied and there are still a lot of people who were participating in a war who have the same rhetoric in the public sphere. And media are mostly following these political directions. So art is the only free territory where you can really show traumas and allow people to digest them – to face the traumas and to overcome them. Other fields of life don’t allow people to do so.

People are in a very hard economic state after the war. We are one of the poorest countries. So there is no time in ordinary people’s lives to sit down and contemplate, because they have to survive. All of this is then buried but still very active. Our bodies are still hurt by being four years in fear, by being without food, without electricity, being frozen during winters. You can’t just say, “OK, now it’s BS, we signed a peace treaty,” and then forget it. You can’t. So I think art is allowing people to process many things and to reflect and to see themselves.

Read more from the Down to the Wire issue here.*Related stories from TheWrap:*