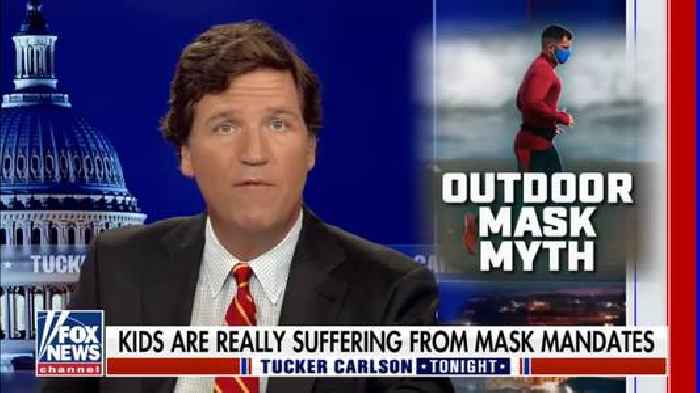 “The male version of a Karen with 9-1-1 on speed dial … should from this day on be called a ‘Tucker,'” Reid says

MSNBC’s Joy Reid said Fox News’ Tucker Carlson is a “male version of a Karen” after he recently urged his viewers to call the police or Child Protective Services if they see a child wearing a face mask.

“We now know that the male version of a Karen with 9-1-1 on speed dial and a sense of presumed authority over other people’s lives should from this day on be called a ‘Tucker,'” Reid said on her MSNBC show Tuesday.

“Tucker wants his America to unleash the hounds during a time when police violence is under unprecedented scrutiny. None of that matter to Tucker. He thinks masks are like the pins North Koreans wear to show obedience to their leader,” she continued. “Never mind that he demands obedience from his followers, encouraging his Tucker mob to find you at the playground, the zoo or inside a bouncy castle and interrogate you for making a personal choice about how to protect your kids.”

On Monday night, Carlson told viewers of “Tucker Carlson Tonight” that “forcing” children to wear masks outside should be “illegal” and that their response to seeing a child wearing one “should be no different from your response to seeing someone beat a kid in Walmart.”

He continued by saying children wearing masks was “child abuse” and that viewers were “morally obligated” to prevent it.

While children are less likely to become infected with COVID-19 and spread the virus compared to adults, over 3.7 million children have tested positive for COVID since the start of the pandemic, according to the American Academy of Pediatrics. Wearing a mask can help protect the wearer and reduce the spread of the virus.

.@joyannreid calls Tucker Carlson the absolute worst for urging his viewers to harass and threaten parents and their children for wearing masks: