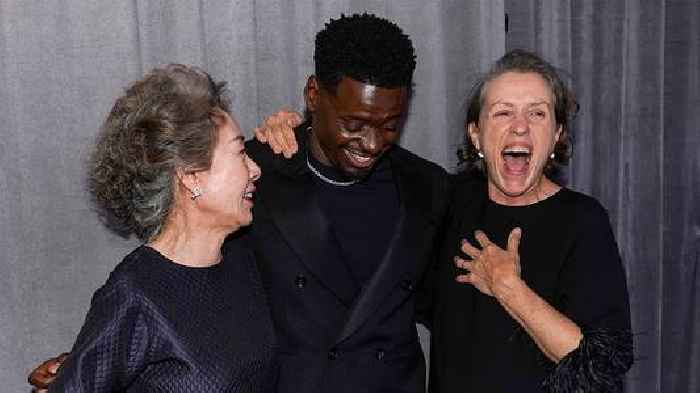 The Oscars may have had by far the worst ratings in history, but a bump in audience interest has been a boon to “Nomadland” and other big winners. It’s just come from on-demand instead of theaters.

According to numbers from Vudu and FandangoNOW, “Nomadland” has seen a 129% increase in revenue from rentals and digital purchases in the 24 hours since it won Best Picture, Director, and Actress at the Academy Awards. “Nomadland” completed its destiny as the wire-to-wire frontrunner in this year’s race, making director Chloé Zhao the second woman to win Best Director and star/producer Frances McDormand a four-time Oscar winner.

*Also Read:*
A Strange Year Gets the Strange Oscars It Deserves

Other big winners saw surges too. Anthony Hopkins’ upset win for “The Father” over Chadwick Boseman for Best Actor led viewers to slam the Oscars producers for ending the show on the most anticlimactic note imaginable, but “The Father” has seen a 67% increase in revenue since Sunday night. “The Father” also won Best Adapted Screenplay for writer-director Florian Zeller, while Best Original Screenplay winner “Promising Young Woman” saw a 63% revenue increase.

But the biggest surge belongs to Best International Film winner “Another Round,” with a whopping 600% increase in on-demand revenue. Starring Mads Mikkelsen as a teacher who gets through a midlife crisis with a drinking experiment that leads to alcoholism, “Another Round” had one of the most heartfelt speeches of Oscar Sunday as director Thomas Vinterberg, who dedicated the victory to his late daughter who died in a car accident during filming.

*Also Read:*
Were Oscar Ratings Worse Than Other Major COVID-Era Awards Shows? | ChartThanks to the COVID-19 pandemic, box office revenue for this year’s Oscar nominees hit an all-time low, with “Nomadland” only grossing a reported $3 million from its domestic theatrical run while no other nominee has grossed more than $15 million globally. While some nominees, such as Netflix’s “The Trial of the Chicago 7” and “Ma Rainey’s Black Bottom,” have only been released on a single streaming service, others like “Nomadland” and “The Father” have gone with a hybrid release strategy on a medley of platforms, including PVOD, streaming, and a limited theatrical release.

So far, the one non-streaming-exclusive winner from Sunday night that hasn’t seen a dramatic surge in sales is “Judas and the Black Messiah,” which only saw an 8% boost from on-demand sales on Monday. But this may be attributable to the fact that the Fred Hampton biopic — which won Daniel Kaluuya his first Oscar — was just made available Tuesday for digital purchase ahead of its Blu-Ray release next Tuesday. Fandango says it will continue to monitor how the films perform on home platforms over the course of post-Oscar week.

Oscars 2021: What's Next for Chloe Zhao, Daniel Kaluuya and Other Top Winners

A Strange Year Gets the Strange Oscars It Deserves