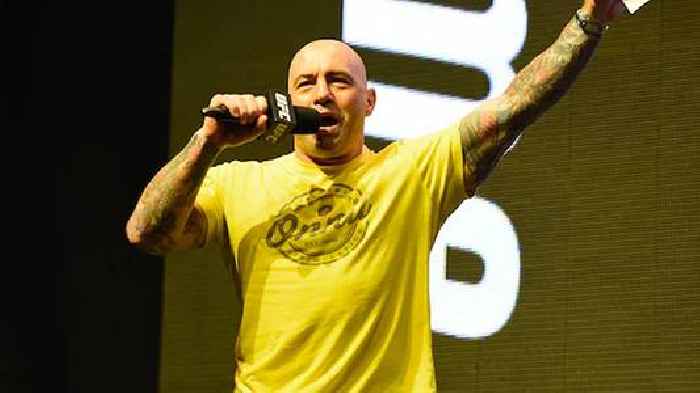 Podcast host and former UFC commentator Joe Rogan is being called out after a controversial episode of his show, “The Joe Rogan Experience,” in which he argued against children getting vaccinated against COVID-19.

“If you’re like 21 years old, and you say to me, should I get vaccinated? I’ll go no. Are you healthy? Are you a healthy person? Like, look, don’t do anything stupid, but you should take care of yourself. You should — if you’re a healthy person, and you’re exercising all the time, and you’re young, and you’re eating well, like, I don’t think you need to worry about this,” Rogan rambled during Friday’s episode of the “Joe Rogan Experience” featuring comedian Dave Smith.

Spotify, which hosts Rogan’s show, did not immediately respond to TheWrap’s request for comment.

Rogan continued to say that both his children got COVID, but that still didn’t deter him from arguing against kids getting their shots. “People are worried about them doing it for their children…. both my children got the virus. It was nothing,” he said. “I mean, I hate to say that if someone’s children died from this. I’m very sorry that that happened. I’m not in any way diminishing that. But I’m saying the personal experience that my children had with COVID was nothing. One of the kids had a headache. The other one didn’t feel good for a couple of days. And I mean not feel good, like, no big deal. No coughing, no achey, no like in agony. There was none of that. It was very mild. It was akin to them getting a cold.”

Smith agreed with Rogan and also said he wouldn’t plan on giving his kid the vaccine, either. “I’m not injecting my daughter with something to f—ing virtue signal. Like, I’m not doing that. If there’s something that she’s of no risk, statistically has no risk from, I’m sorry. I’m not taking any experiment on her.”

Smith was referring to the fact that the U.S. Food and Drug Administration hasn’t approved any COVID-19 vaccines for use in people under 16 years old. Pfizer is approved for people over the age of 16, and Moderna is available for anyone over 18. Clinical trials of the vaccine on infants and younger children began last month, and scientists have called the effort to approve more child vaccinations “a crucial step toward controlling the pandemic.”

People on social media were quick to slam Rogan for his comments and argued that it was outright irresponsible for him to use his platform as the biggest podcast in the world — and Spotify’s most popular last year — to promote dangerous theories about public health.

“It’s so deeply irresponsible to tell young folks not to get vaccinated on the BIGGEST podcast in the world,” IGN editorial director Zachary Ryan wrote on Twitter Tuesday. “Everyone should get vaccinated as soon as they can, for themselves and for everyone else. both shots. don’t be an idiot.”

While it is rarer for kids to contract and transmit COVID-19 than adults, it is still possible for them to do so. 3.6 million kids have gotten the disease since it broke out and at least 297 children have died from it.  According to Johns Hopkins, over 572,000 Americans have died from the virus since its outbreak.

Media Matters for America weighed in on Tucker’s comments — LGBTQ program researcher Alex Paterson told TheWrap, “Rogan has the most popular podcast on Spotify with millions of listeners… yet the platform has repeatedly failed to hold him responsible for his dangerous rhetoric. Rogan has proven time and time again that he will use this platform to spread conspiracy theories, transphobia, and COVID-19 misinformation. His most recent comments are not only a threat to his listeners’ health, but the public at large, especially as more young people are getting seriously ill from the coronavirus.”

Check out more reactions to Rogan’s comments below.

did some research and found out that joe rogan is in fact not a doctor https://t.co/T5wTUg83IP

Joe Rogan told young people not to get the COVID vaccine.

Stupidity is the most serious pandemic, and Joe Rogan is a super-spreader of it.

I once heard Joe Rogan described as a "stupid person's idea of a smart person," and it can't be said any better than that. https://t.co/R4HtV4pJ1E

in case you were wondering if Joe Rogan was an OK dude.

Joe Rogan markets himself as a liberal who likes hearing different opinions.

Yet over the past year (160 episodes), he has had on only three left-leaning political guests (four, if you count Tulsi Gabbard).

Almost like his show is just another conservative propaganda outlet…

Joe Rogan is not the smart person that your sexually frustrated teenage son thinks he is https://t.co/7UqI8x06Cj

Spotify Has Now Deleted 42 Episodes of 'The Joe Rogan Experience'