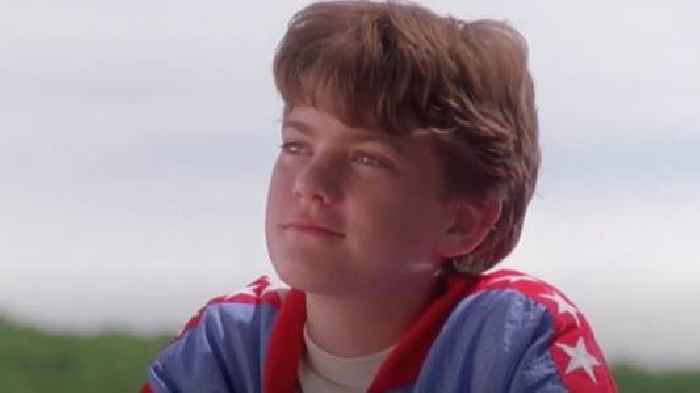 (Warning: Slight spoilers ahead for this week’s episode of “The Mighty Ducks: Game Changers”)

This week’s episode of “The Mighty Ducks: Game Changers” gave those who grew up on the films exactly what they were looking for — the return of the original Ducks. Well, most of them at least. And, as great as it was seeing the former Ducks we did get, there was a notable absence: Charlie.

The episode brought the return of six original Ducks: Fulton Reed (Elden Henson), Adam Banks (Vinny La Russo), Kenny Wu (Justin Wong), Averman (Matt Doherty), Connie (Marguerite Moreau) and Guy (Garret Henson). They were all back to town for the Spirit of the Ducks gala, celebrating the history of the team.

Charlie Conway, played by Joshua Jackson, was the original captain of the Mighty Ducks. He was the heart and soul of the team, even going so far as to give up his spot on the ice in “D2: The Mighty Ducks” so that Adam Banks could return and newcomer Russ (Kenan Thompson) could stick around help propel the team to victory.

It’s hard to imagine the Ducks without Charlie, which the made the reunion on “The Mighty Ducks: Game Changers” all the more bittersweet. So, where exactly was Charlie Conway on this big night?

The in-universe explanation for his absence is that, in the years since Bombay (Emilio Estevez) coached the Ducks, Charlie has lost faith in him and didn’t return for the Spirit of the Ducks gala purely out of spite. He’s still in touch with the other Ducks though, and it’s Fulton who delivers this news as he and the Ducks plead with Bombay to come to the gala.

“Don’t tell me Charlie was right,” he says. “About you. He didn’t come because he said it’s not like you’ve been showing up for us lately, so why should he show up?”

Of course, Gordon Bombay had absolutely no idea about Charlie’s feelings, looking confusedly at the former Bash Brother before reverting to his standby reaction: lashing out and pushing people away. It appears to be a return to the Bombay of old, disheartening the Ducks before they learn that he wasn’t just skipping out on the gala, he straight up wasn’t invited.

But, as is the true way of the Mighty Ducks, they flew together. As a team, the original Ducks picked up Bombay in a limo, driving on the ice as a callback to the original “Mighty Ducks” film. Together, they all head to the gala, stick up for Bombay and lead their classic “Quack!” chant. By the end of the episode, the Ducks are together on the ice once more, having told off the new “cake eater” Ducks and hanging out with the Don’t Bothers.

Still, with Evan Morrow (Brady Noon) serving as the “Game Changers” version of Charlie, it was a bit sad not being able to see them share a scene together.

In reality, Joshua Jackson didn’t return for the reunion because he was just busy. Steven Brill, the creator of “The Mighty Ducks: Game Changers,” told EW that Jackson “was too busy, just working, and the pandemic hit so it wasn’t really possible with his schedule. But I hope Josh makes a reappearance in the future, for sure.”

If he does, Charlie and Coach Bombay — because, as of this week, he is officially a coach again! — clearly have some talking to do.