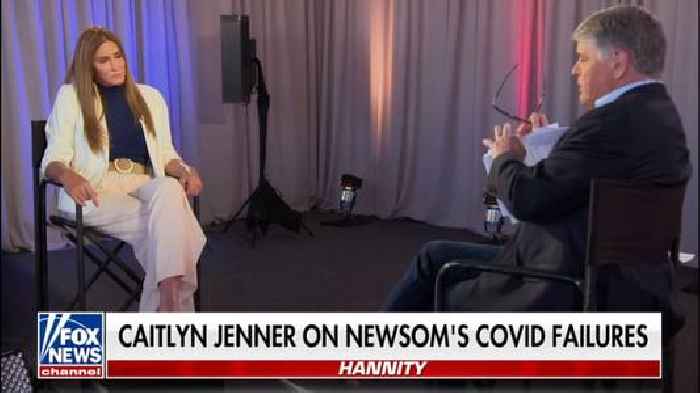 But Sean Hannity quickly helped her clarify she meant ‘legal’

Caitlyn Jenner’s interview with Sean Hannity on Fox News Wednesday night was all over the place, but one moment in particular stood out when Jenner told Hannity she supported “illegal immigration.”

Jenner is running for governor of California in the upcoming recall election against Democratic Gov. Gavin Newsom, who has bashed the effort as a Trump-led mob determined to get revenge on him for making the state adhere to rigorous COVID-19 protocols.

During her chat with Hannity on Fox News Wednesday, Jenner told Hannity, “I am pro-illegal immigration.” He quickly asked her, “you mean pro-legal immigration?” to which Jenner jokingly replied, “Sorry, I missed the legal part. Thank you for catching me, you’ve got my back, Sean. I appreciate that.”

Jenner is definitely staunchly anti-illegal immigration; earlier in the show she told Hannity she was “pro-ICE” and said that “some of these people, we’ve got to send them back.” Jenner also said that she supports former president Trump’s construction of a border wall and told Hannity she wants to see it finished.

Hannity tried repeatedly to get Jenner to elaborate on other policies of hers, especially her stance on trans rights, but she didn’t provide much detail. Previously, Jenner has said she doesn’t support trans girls playing on girls sports teams in schools, even though she herself (a transgender woman) plays women’s golf and won Olympic medals while competing in men’s categories.

Elsewhere in the meandering interview with Sean Hannity, Jenner said she was in favor of “illegal immigration” before being..