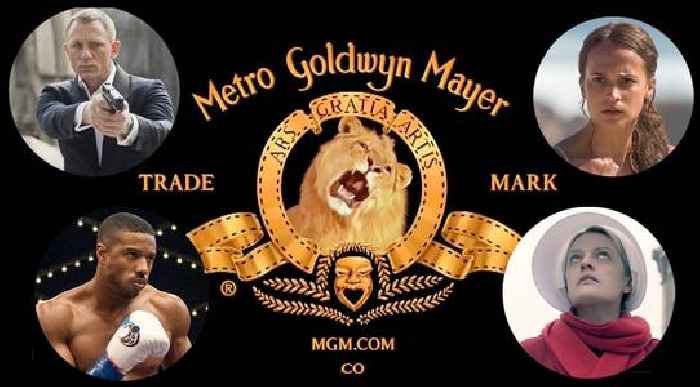 Amazon’s $8.4 billion purchase of MGM will add over 5,000 movies and TV shows to Amazon Prime’s streaming catalog. But that doesn’t mean Amazon will become home to all of MGM hits like James Bond and “Handmaid’s Tale” all at once — or perhaps ever. Why? It’s complicated.

MGM properties like the James Bond franchise, “Legally Blonde,” “Rocky/Creed,” “Pink Panther,” “Poltergeist,” “Silence of the Lambs” and “The Thomas Crown Affair” are all expected to stream on Amazon Prime when their current streaming deals expire. But other titles, like “Gone With the Wind” and “West Side Story,” are subject to previously negotiated deals.

“Oz,” “GWTW,” “West Side Story” and thousands of films produced by MGM during its heyday in Hollywood’s Golden Age will be streaming on HBO Max by terms of a deal made by Ted Turner in 1986 to purchase rights to MGM’s entire catalog up to that point. That sale provided programming for the early days of TNT and TBS and later served as the launch pad for Turner Classic Movies.

While Amazon will get a number of notable post-1986 MGM films and franchises — including 007, “RoboCop,” “Creed,” “Tomb Raider” and “Legally Blonde” — much of what makes the catalog so expansive are the acquisitions made by the studio after the Turner deal (or that weren’t included in that pact). According to an individual with knowledge of the MGM catalog, the studio retained rights to certain pre-1986 films and franchises as part of the Turner deal, including the “Rocky” series (and subsequent “Creed” spinoffs), and those will go to Amazon as well.

While some films are already available on Amazon Prime — including “RoboCop” and “Tomb Raider” — some are also streaming elsewhere, like “Poltergeist” on HBO Max and “Legally Blonde” on Netflix. Eventually, though, most films on other sites are likely to end up on Amazon when their streaming deals run out. A spokesperson for MGM did not respond to TheWrap’s request for comment on the longevity of these deals.

MGM’s output over the last decade is also tangled in a web of distribution deals. While MGM retained home distribution rights to the Bond films, the majority of films MGM produced in the 2010s were distributed by other studios, often for a distribution fee that did not include ownership rights.

On the TV side, MGM is the studio behind Hulu’s “The Handmaid’s Tale,” FX’s “Fargo,” CBS’ “Clarice” and Netflix’s upcoming “Vikings” spinoff, “Valhalla” — as well as a host of unscripted shows. But MGM’s existing production and licensing deals make it unclear if these or other shows can move over to Amazon — or if they can move when current contracts expire, just as shows like “Friends” and “The Office” jumped from Netflix to HBO Max and Peacock (respectively).

“Clarice,” which is co-produced with CBS Studios, is in negotiations to move over to streaming service Paramount+ for its second season. Meanwhile, Hulu and MGM jointly acquired the rights to “The Testaments,” Margaret Atwood’s followup novel to “The Handmaid’s Tale,” and an MGM insider said the studio remains fully committed to Hulu on the project. Additionally, FX confirmed that any future installments of “Fargo” would air on FX.

“Vikings,” which premiered its final season on Amazon before a run on the History Channel and has an upcoming run on Netflix in certain territories. When it comes to “Valhalla,” that will stream only Netflix.

Another question is whether MGM films developed for the big screen will now skip theaters and head directly to Amazon Prime.

In addition, Amazon has also been more committed to theatrical debuts for its films than Netflix, which has mostly screened Oscar contenders like “Roma” and “The Irishman” in theaters for limited runs just weeks before (and sometimes day-and-date) with their debut on the streaming service. Amazon Studios, meanwhile, has offered a longer theatrical window for films like “Manchester by the Sea,” “Brittany Runs a Marathon” and “Late Night.” Even this year, Amazon has scheduled theatrical releases for at least two films: Leos Carax’s “Annette” and “The Electrical Life of Louis Wain” with Benedict Cumberbatch.

Though Amazon’s theatrical plans are uncertain, its track record suggested that bigger-budgeted upcoming films like “Creed 3,” “Legally Blonde 3” and “Tomb Raider” might play in theaters, with an exclusive streaming window on Amazon to follow. However, the same morning as the acquisition announcement, the streamer announced that the Chris Pratt sci-fi action movie “The Tomorrow War” would skip theaters and debut on Prime Video in July.

Over the last year, the studio has also acquired films originally slated for theatrical, like Paramount’s “Coming 2 America” and “Without Remorse,” and put it on the platform — though that had much to do with the pandemic causing theater closures. Even the “Borat” sequel had an exclusive Prime release.

What Happens to James Bond Franchise Once Amazon Takes Over MGM?

Alexa, why did Amazon buy MGM?

In gobbling up MGM for $8.45 billion, tech behemoth Amazon’s big move into legacy..

What Happens to James Bond Franchise Once Amazon Takes Over MGM?

James Bond to stay on the big screen after Amazon deal

The producers of the James Bond franchise, Eon Productions’ Barbara Broccoli and Michael G. Wilson, say that despite the Amazon..