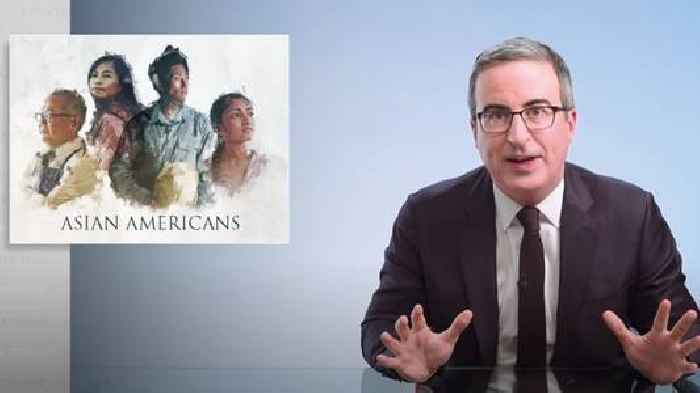 John Oliver dedicated the vast majority of Sunday’s “Last Week Tonight” to educate HBO viewers on Asian-American history. He treaded lightly on the way in.

“Before we start, I fully recognize the history of white people on TV generalizing confidently on this subject isn’t great,” Oliver acknowledged up front.

Much of the 27-minute segment was dedicated to the concept of the “model minority,” a phrase often attached to Asian Americans with generally good intentions, but one that also dismisses a member’s individuality and applies undo pressures upon those in the group.

Before Oliver got there though, he helped (white) viewers actually understand just how wide-ranging the term “Asian American” even is. Currently, Asian Americans make up about 7% of the overall U.S. population. It is the fastest-growing racial group.

And if you wanted statistics on income, well, he’s got those too.

Watch the video above.

“Look, I know this story has barely skimmed the surface of this subject,” Oliver concluded Sunday’s show. “But I hope that it’s at least introduced some of you to a bit of the history involved here.”

HBO’s “Last Week Tonight” is intended to be an “insightful and meticulously researched look at current events in the U.S. and around the globe,” according to its own logline. The weekly series “features Oliver’s hilarious, much-needed perspective on today’s pressing political, social and cultural issues,” it continues. “As the country navigates the ongoing coronavirus pandemic and a new administration in the White House, the eighth season of the critically acclaimed series promises to shine a light on headline news as well as lesser-reported topics that both inform and entertain, featuring a mix of the series’ sharp commentary, pre-taped pieces and occasional special guests.”

*Must of the Month*

A great way to celebrate Pride this year is with *The Signifyin’ Works of Marlon Riggs*, a..