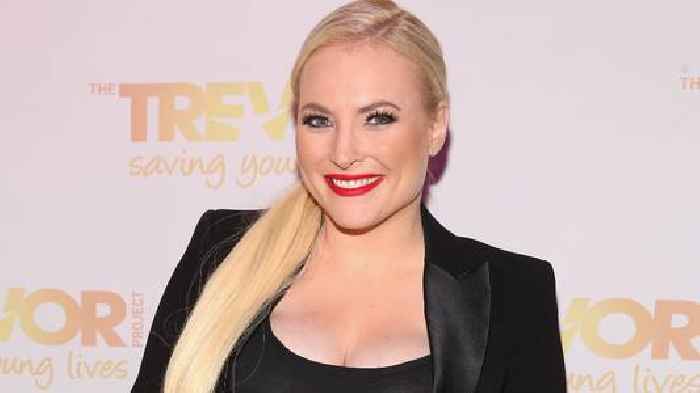 Though Amazon scion and billionaire Jeff Bezos’ excursion into space was a cause for excitement for some,  soon-to-be-former “The View” co-host Meghan McCain had some questions after retweeting a Mashable article highlighting the indignities Amazon employees were forced to endure.

“I know this space tourism is really exciting for some,” McCain tweeted. “But I just keep thinking about how Jeff Bezos employees have to pee in water bottles because they don’t get bathroom breaks and where all this money could have gone for 7 minutes of an ego stroke.”

I know this space tourism is really exciting for some but I just keep thinking about how Jeff Bezos employees have to pee in water bottles because they don’t get bathroom breaks and where all this money could have gone for 7 minutes of an ego stroke. https://t.co/leBYADiHdT

McCain was referring to a story that emerged about Amazon employees having to use bottles when relieving themselves.

“We’re pressured to get these routes done before night time and having to find a restroom would mean driving an extra 10 minutes off path to find one,” an unnamed Amazon worker told Vice. Another worker told Vice there’s incentive to cut corners and be faster, since the most productive drivers get more hours.

The company denied the claims until posting a blog apology to U.S. Representative Mark Pocan, who originally called out Amazon for putting on a “progressive front” while its employees work demanding schedules.

The blog post indicated that its driver population may have difficulties getting to a bathroom because of rural routes or closed public restrooms due to COVID-19.  Even so, the company acknowledged that inadequate bathroom breaks are a problem for their drivers, and also underscored that Amazon drivers are not the only ones, and that the problem is a “longstanding, industry-wide issue.”

Amazon maintains that fulfillment center workers have plenty of bathrooms available, and can depart from their workstations when needed.

Bezos, following his 11-minute flight to the edge of space, said he was giving $100 million each to CNN political contributor Van Jones and chef Jose Andres.

“They can give all to their own charity or they can share their wealth. It’s all up to them,” Bezos said.

“Sometimes dreams come true,” Jones said. “The headlines around the world should be, anything is possible if you believe.”

Andres said, “This award itself cannot feed the world on its own, but this is the start of a new chapter for us.”

Like a lot of people, Anthony Anderson didn’t think much about Amazon billionaire Jeff Bezos brief trip into near earth orbit on..