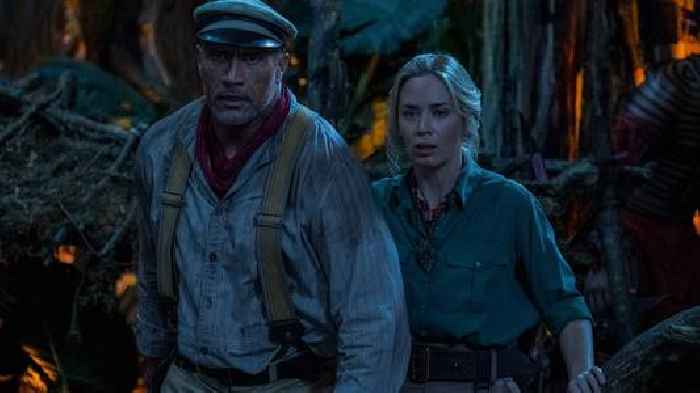 After releasing multiple blockbusters per year for much of the 2010s, Dwayne Johnson hasn’t been seen in theaters for over 18 months. But that dry spell comes to an end this weekend with his Disney adventure film “Jungle Cruise,” his first film since “Jumanji: The Next Level” in December 2019.

So can The Rock give the box office a list coming off of a weak weekend? The current projections from trackers say not so much. “Jungle Cruise” is currently projected to earn a $25 million opening this weekend, on par with the $26.5 million four-day start for “Cruella” on Memorial Day weekend.

And like “Cruella,” this blockbuster with a reported $200 million budget will be released simultaneously on Disney+ for $30. Disney did not release data on paid streaming sales for “Cruella” but did note earlier this month that “Black Widow” earned $60 million from Disney+ on its opening weekend. “Jungle Cruise” isn’t expected to earn nearly as much as the Marvel movie, but it remains to be seen whether Disney will release paid streaming numbers for the film or if it has plans to use a hybrid release strategy on its fall titles as COVID-19 cases surge again worldwide.

Overseas, “Jungle Cruise” will get a similar release rollout to “Black Widow,” with the film hitting theaters in France, Germany, Korea, Russia, Australia, Japan, Italy, Brazil, Mexico, Spain and the U.K. over the course of this week. But “Jungle Cruise” faces more challenges than “Widow” did three weeks ago, in a demonstration of how quickly the pandemic outlook can change.

France, for example, saw a huge weekend-to-weekend drop in its overall box office after President Emmanuel Macron issued a mandate requiring proof of vaccination to enter theaters and other entertainment venues. Australia also saw theaters in Victoria and New South Wales close again due to spiking case rates, though theaters in Victoria can reopen this weekend with capacity restrictions. Theaters in Korea and Japan are also operating under capacity restrictions and early closure times.

Back in the U.S., arthouse cinemas are hoping for a boost from two wide-release indie films: Focus Features’ “Stillwater” and A24’s “The Green Knight.” “Stillwater” is projected for a $5-6 million opening from 2,500 theaters while “Green Knight” is expected to make $4 million from 2,700 theaters.

Due to the usual timing of the release calendar, arthouse theaters have had much less fare to offer more discerning audiences in the early months of this box office rebuilding effort. Now, with Cannes having passed and TIFF coming up on the calendar, we are coming to the point on the release slate where indie studios are starting to release some of their biggest titles, with films like Apple’s “CODA” set to hit theaters in the coming months. But it is still unclear whether older audiences, who are the core demographic for arthouses, will turn out for these films as they have shown a greater reluctance to return to theaters since they reopened.

“Jungle Cruise” stars Johnson and Emily Blunt as a pair of explorers on an expedition during World War I to find a tree rumored to have incredible healing powers. Jaume Collet-Serra directed the film, which also stars Édgar Ramírez, Jack Whitehall, Jesse Plemons and Paul Giamatti. The film has a 66% critics score on Rotten Tomatoes.

“Stillwater” stars Matt Damon as an oil worker who discovers that his daughter was falsely imprisoned during a trip abroad in France and travels to Marseilles to clear her name. Abigail Breslin and Camille Cottin also star in the film, which is directed by “Spotlight” filmmaker Tom McCarthy. The film has a 69% RT score.

“The Green Knight” stars Dev Patel as Sir Gawain in a retelling of the Arthurian legend in which the Knight of the Round Table has his honor tested by a mysterious man in green. Alicia Vikander, Joel Edgerton and Ralph Ineson also star in the film, which is written and directed by David Lowery. The film has a 94% RT score.

Does Disney’s ‘Jungle Cruise’ Have a Post-Credits Scene?

“Jungle Cruise” has arrived in theaters and on Premier Access on Disney+, bringing fans to the Amazon with Dwayne Johnson and..