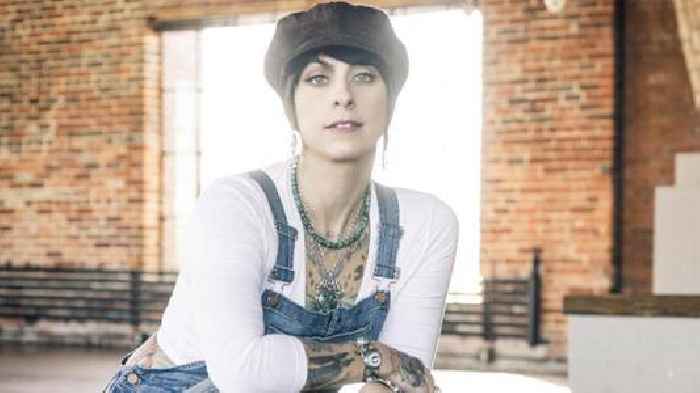 Danielle Colby says is “truly saddened” that Frank Fritz is off “American Pickers,” adding, “but we must be accountable for our actions when we cause instability or pain and suffering to others.”

Colby posted a photo to Instagram of her and co-star Mike Wolfe “out on the road again.” She called Wolfe her “best friend” and “big brother,” whom she “fully” supports.

“Out on the road again with my best friend and my big brother (whom) I support fully and stand behind,” Colby captioned the photo. “Thank you for the last decade of advocacy towards myself and others on set. @mikewolfeamericanpicker I’m proud of how you have handled the last 12 years and look forward to many more years of rolling around this big blue marble together.”

“I’m truly saddened for the loss of Frank on the show,” she continued. “I’m incredibly sad for his struggles. I have personally watched everything over the last decade. I have many thoughts but won’t speak them as they are only (my) thoughts, not gospel. I wish things could have been different but we must be accountable for our actions when we cause instability or pain and suffering to others.”

“Frank caused so much pain for himself that it has been hard to watch. I truly hope Frank receives all the help he needs to become well after years of being unwell,” she added. “It is not my place to speak ill of someone who needs help so I will keep my comments uplifting. I’m sending love to everyone.”

Fritz, who has not appeared in an episode of the History channel show since Marco 2020, says he has not spoken with Wolfe in two years. Fritz and Wolfe did more than 300 episodes of the long-running antiquing series together. A combination of back surgery and the COVID-19 pandemic could explain away some of Frank’s absence from the popular History show — but not all of it.

“He knew my back was messed up, but he didn’t call me up and ask how I was doing,” Fritz told The Sun last month of his former cable-TV partner. “That’s just how it is.”

Fritz told The Sun he had been drinking too much, but has been sober for almost a year now.

“I have known Frank for as long as I can remember, he’s been like a brother to me,” Wolfe said in a statement provided to TheWrap in response. “The journey that Frank, Dani and I started back in 2009, like all of life, has come with its highs and lows, blessings and challenges, but it has also been the most rewarding. I will miss Frank, just like all of you, and I pray for the very best and all good things for him on the next part of his journey.”

Season 22 of “American Pickers” — this one without Fritz — airs new episodes Mondays at 9/8c on History.

Here is the show’s (non-updated) official logline: This isn’t your grandmother’s antiquing. Pickers like Mike Wolfe and Frank Fritz are on a mission to recycle America, even if it means diving into countless piles of grimy junk or getting chased off a gun-wielding homeowner’s land. Hitting back roads from coast to coast, the two men earn a living by restoring forgotten relics to their former glory, transforming one person’s trash into another’s treasure. American Pickers follows them as they scour the country for hidden gems in junkyards, basements, garages and barns, meeting quirky characters and hearing their amazing stories. If you think the antique business is all about upscale boutiques and buttoned-up dealers, this show may change your mind–and teach you a thing or two about American history along the way.

'American Pickers' Star Mike Wolfe Reportedly Wants Fired Host Frank Fritz 'Back On The Show', 'But He Just Can’t Get It Right'

'American Pickers' star Mike Wolfe wants fired host Frank Fritz 'back on the show', but claims his struggle with addiction is..