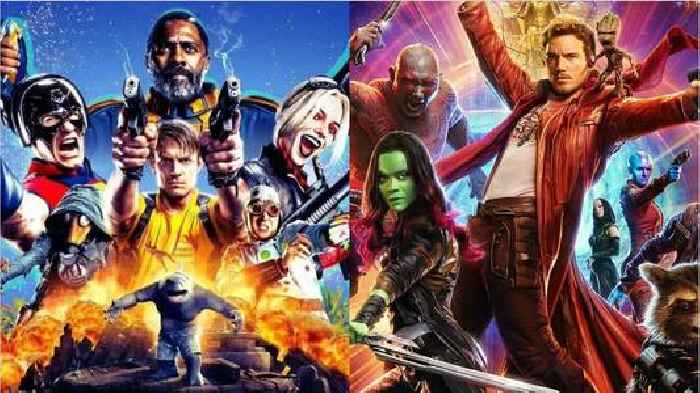 Warning: this post contains spoilers for “The Suicide Squad”

There have been a number of actors who have popped up in movies based on both Marvel and DC Comics properties, and “The Suicide Squad” has a couple of its own to add to the list: David Dastmalchian, who was also in “Ant-Man and The Wasp,” as well as a surprise cameo appearance by someone director James Gunn brought over from his “Guardians of the Galaxy” movies.

Director James Gunn made an appearance on the latest episode of the Happy Sad Confused podcast, where he said he was “astounded” that the cameo hadn’t been revealed in the hundreds of reviews that have been published so far.

“Well, I mean people know I almost cast Dave [Bautista] in a role and he couldn’t do it, so he didn’t,” Gunn said. “Other than that, well, there might be a Guardian somewhere in the film that no one has seen yet and I’m so surprised by… I’ve gotten a hundred reviews from this movie and I’m just astounded.”

During the film, when Bloodsport, Peacemaker, Rick Flagg, and Ratcatcher head to a bar to apprehend the Thinker. As the squad is waiting, the camera cuts to a group of dancers performing on stage. And the lead dancer is actress Pom Klementieff, who played Mantis in “Guardians of the Galaxy Vol 2.”

Unfortunately, that’s all there is to her cameo — she doesn’t have any lines or anything like that.

Back in 2019, Steve Agee, who played King Shark on set (Sylvester Stallone provided the voice), gave a hint of Klemntieff’s involvement when the cast saw a screening of “Joker with the rest of the cast”

Klementieff’s brief appearance makes us wish there could have been more Guardian cameos, since this new Suicide Squad is made up of pretty similar characters to those Marvel folks. Ratcatcher 2, for example, is clearly the Mantis of the bunch — soft-spoken, always supportive, constantly underestimated by everyone. John Cena’s Peacemaker is Drax, King Shark is Groot, etc.

It would have been a fun gag, but given the rivalry not only between Marvel and DC, but also that of Disney and Warner Bros, it probably wouldn’t have been possible even if everyone’s schedules aligned.

Does 'The Suicide Squad' Have a Post-Credits Scene?

Every DC Comics Movie Ranked, Including 'The Suicide Squad'

James Gunn wrote the role of King Shark specifically for Sylvester Stallone, but as he explains it, he was afraid at first to..

As Warner Bros Films Like ‘The Suicide Squad’ Hit Box Office Ceiling, Is COVID or HBO Max to Blame?

'The Suicide Squad' failed at the box office. Anti-vaxxers own a lot of the blame.