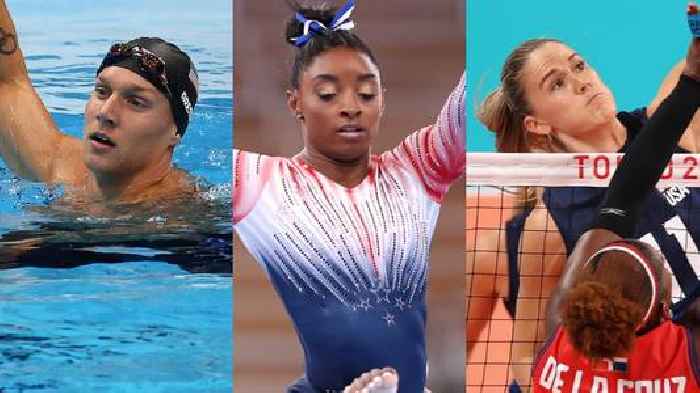 Another week of Olympics competition is in the books, and the total audience deliveries continue to prove that Tokyo 2021 is no Rio 2016. Of course, with the time zone differences, lack of in-person fans and generally downward ratings trends across all of television, no one really expected they would be.

But there were some highlights amid the TV-audience lowlights. Tuesday proved to be most-watched night of the week, with 17.4 million overall primetime audience members tuning in across NBC, its sister cable channels and digital properties — including Peacock. That was the evening Simone Biles won bronze in the individual balance beam event.

Though it edged out the July 23 opening ceremony by roughly 100,000 viewers, Biles’ return to competition wasn’t the most-watched night of these games. As a matter of fact, like Biles, it also ranked third. The first Sunday of competition averaged 20 million viewers and the first Thursday landed 19.5 million. Those currently occupy the gold and silver podiums, respectively.

Biles did play a key role in the No. 1 night. NBC aired the women’s gymnastics team qualifying round during that Sunday primetime broadcast — the only other time she actually competed in Tokyo. Additionally, American swimmer Caeleb Dressel took gold in the men’s 4x100m freestyle relay that evening and Katie Ledecky won silver in the women’s 400m freestyle.

During the first Thursday of competition, American Suni Lee scored gold in the women’s gymnastics all-around and more medals went to U.S. swimmers.

See each night’s performance in total audience delivery (TAD) below.

To date, Tokyo is averaging 16.5 million viewers in TAD per night. At this point in Rio, the nightly average was 28.1 million.

In addition to Biles’ performance, Tuesday’s primetime coverage also included the women’s 400 meter hurdles final featuring Sydney McLaughlin, Dalilah Muhammad and a new world record. But the eyeballs were mainly there for Biles, who competed for the first time since she withdrew from the gymnastics women’s team all-around final a week earlier due to a mental block gymnasts call “the twisties.”

Thus far, the least-watched evening of the 2020 Olympics in 2021 was the night after Biles’ performance, when the women’s beach volleyball semifinal aired alongside track & field events. That night averaged 300,000 fewer viewers than the first Saturday of competition.

We’re down to the final few nights of the Tokyo Olympics. Closing ceremonies are on Sunday.